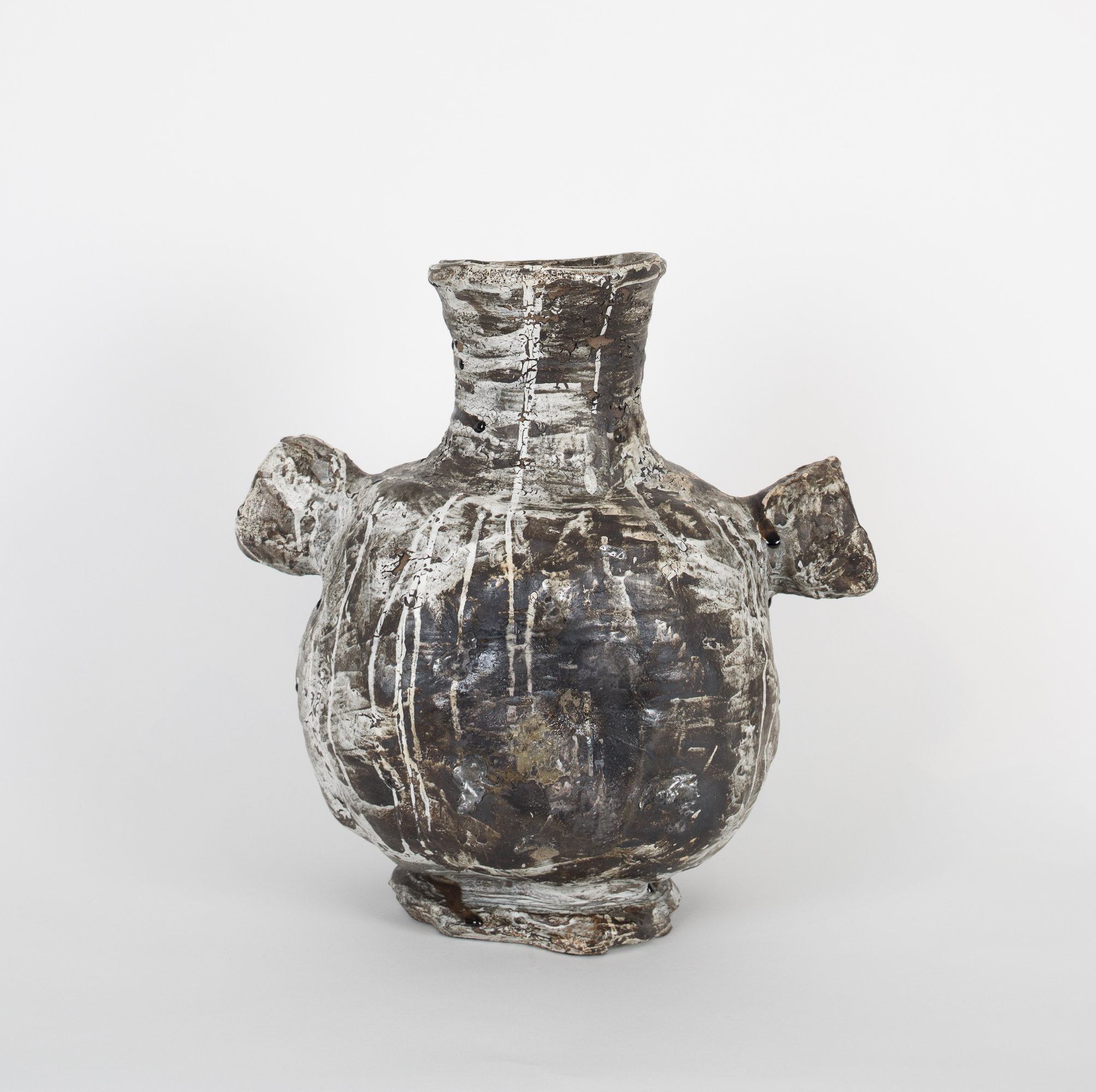 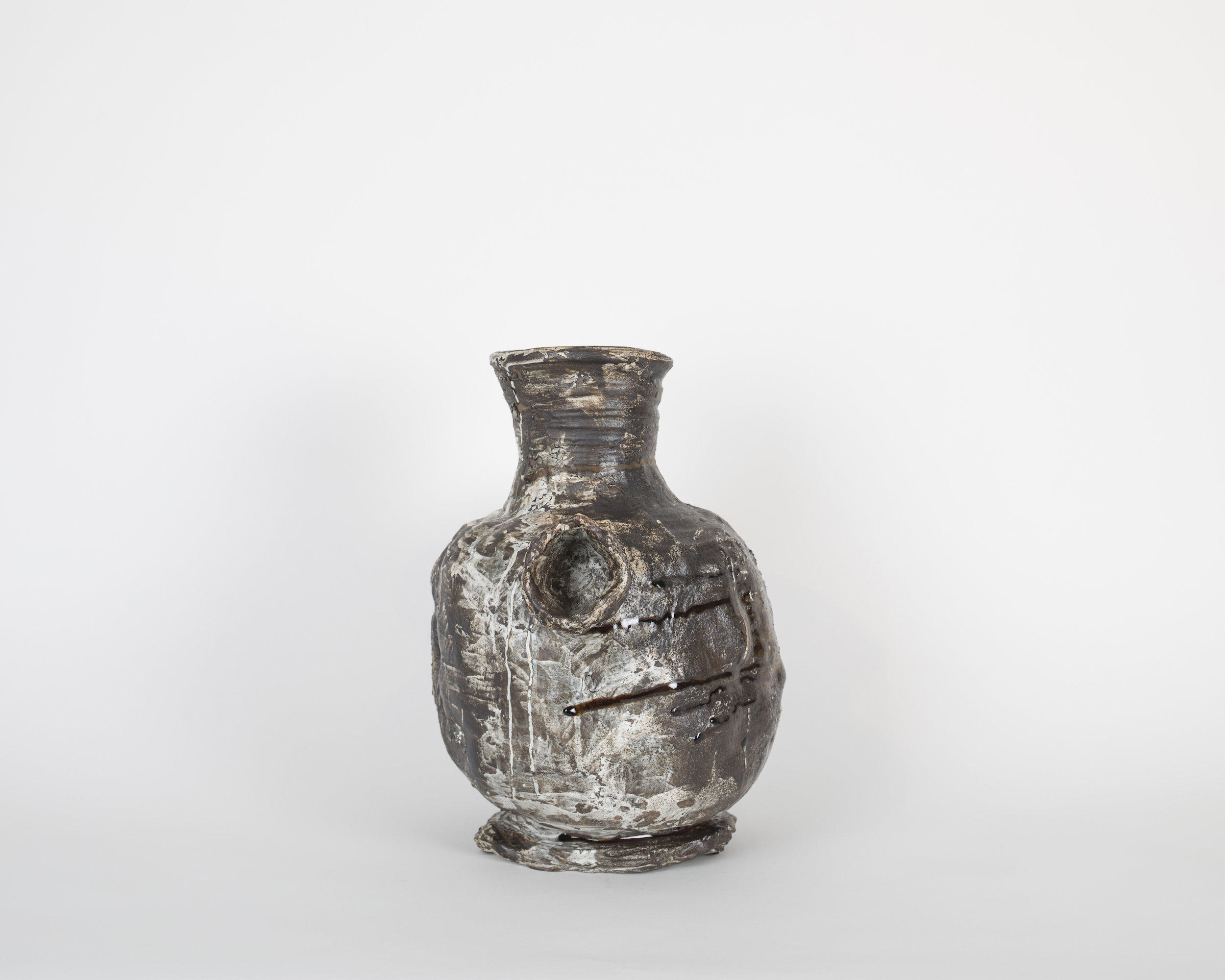 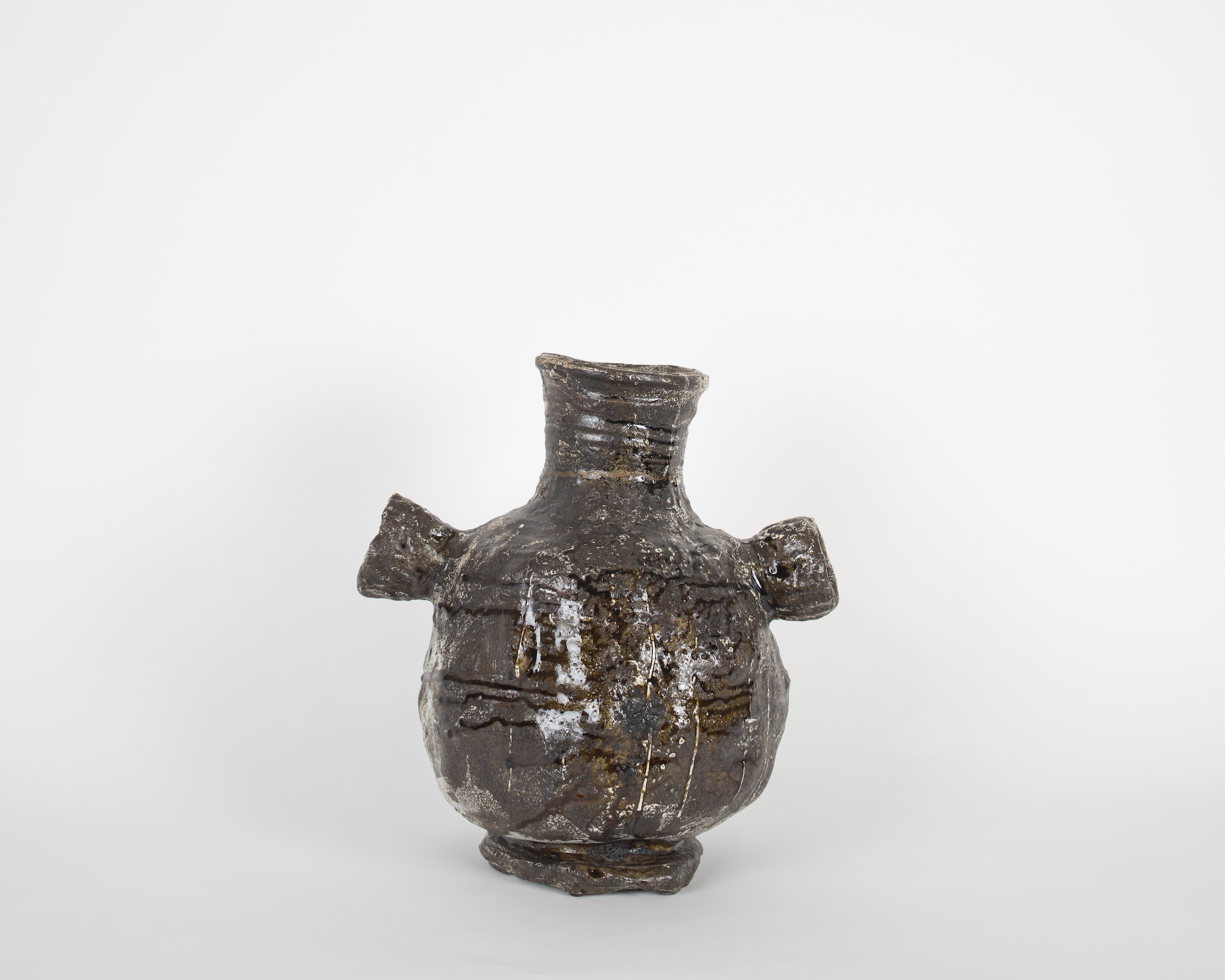 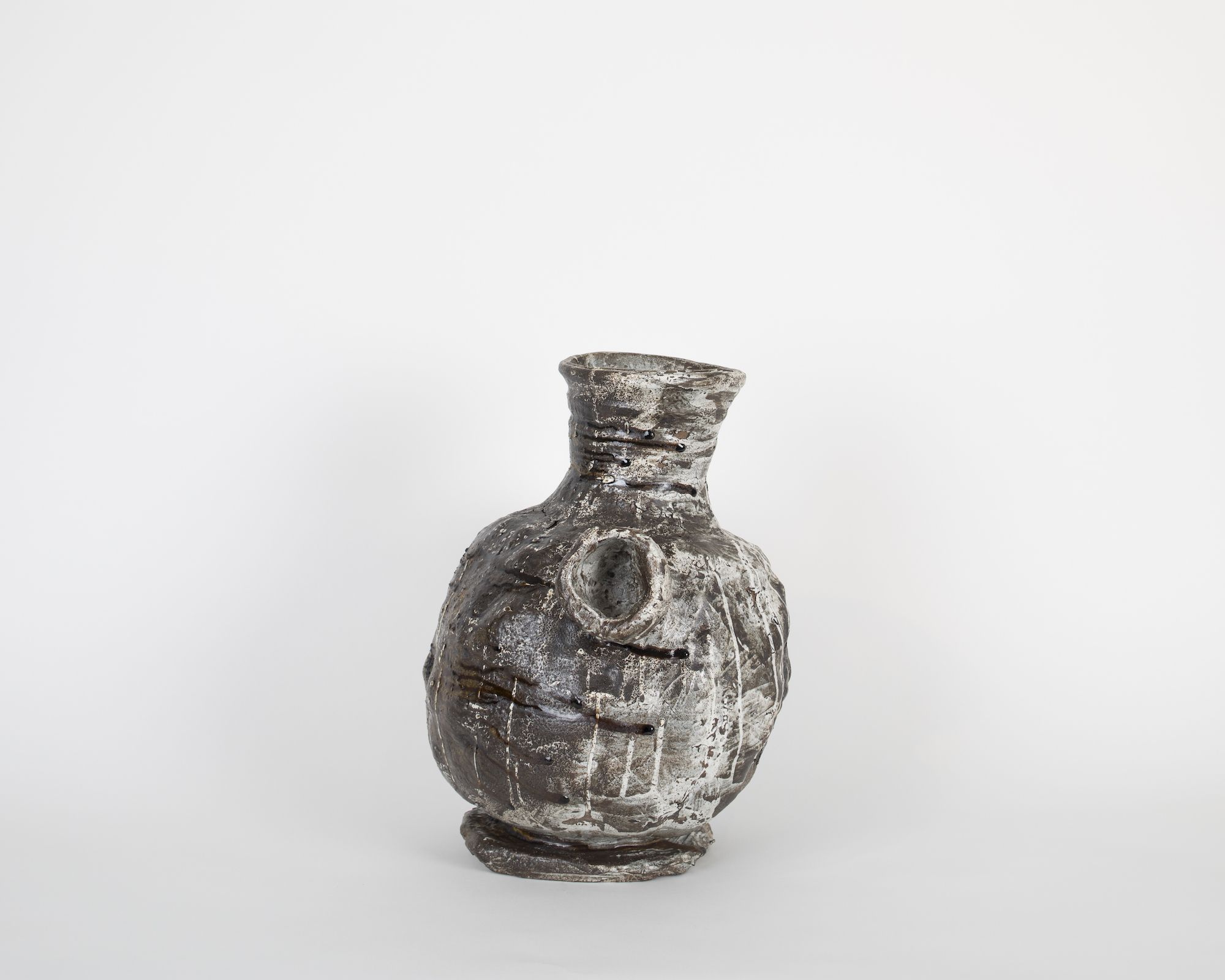 Signed and dated on underside: AS 2019

“Tide” as used here refers to the rise and fall of the sea as caused by the effects of the gravitational forces exerted by the moon. More specifically, it is the resulting forces of the tides as experienced in the waves and currents; these are irregular forces, motion, and energies that vary from gentle to rolling to violent. These jars are subjected to similar types of forces, both by me and by the kilns.”...READ MORE

These Tide Jars are of the earth and the oceans. They are made with natural materials: clays, wood ash, seaweed, corn husks, sea shells, beach dune clay, ocean salt, pine needles, iron oxide, manganese oxide, and cobalt oxide. These materials are used to make the jars, mixed into glazes or introduced into the kilns during the firing process. The pieces are fired, usually several times, to at least 2,400 degrees Fahrenheit in kilns that are extreme in atmosphere and temperature. Some have no glazes applied other than what is created naturally by the kiln’s extreme environment.”—Adam Silverman

Adam Silverman was born in 1963 in New York, NY and received a B.F.A and a Bachelors of Architecture from the Rhode Island School of Design in 1987 and 1988, respectively. He served as the Los Angeles studio director of Heath Ceramics from January 2009 to May 2014. Silverman’s approach to art-making is experimental and intuitive, and the layered glazes and painterly drips of his sculptures bring to mind Abstract Impressionist painting. His work is included in the permanent collections of the Los Angeles County Museum of Art, Los Angeles, CA; the Palm Springs Art Museum, Palm Springs, CA; the Yale Art Gallery, New Haven, CT; The Nasher Sculpture Center, Dallas, TX; The Israel Museum, Jerusalem, Israel; The Museum of Contemporary Craft, Portland, OR; and The RISD Museum, Providence, RI. Eight Tide Jars, a site-specific exhibition of Silverman’s works, was shown at The Cooper Union in 2019. Silverman lives and works in Los Angeles.