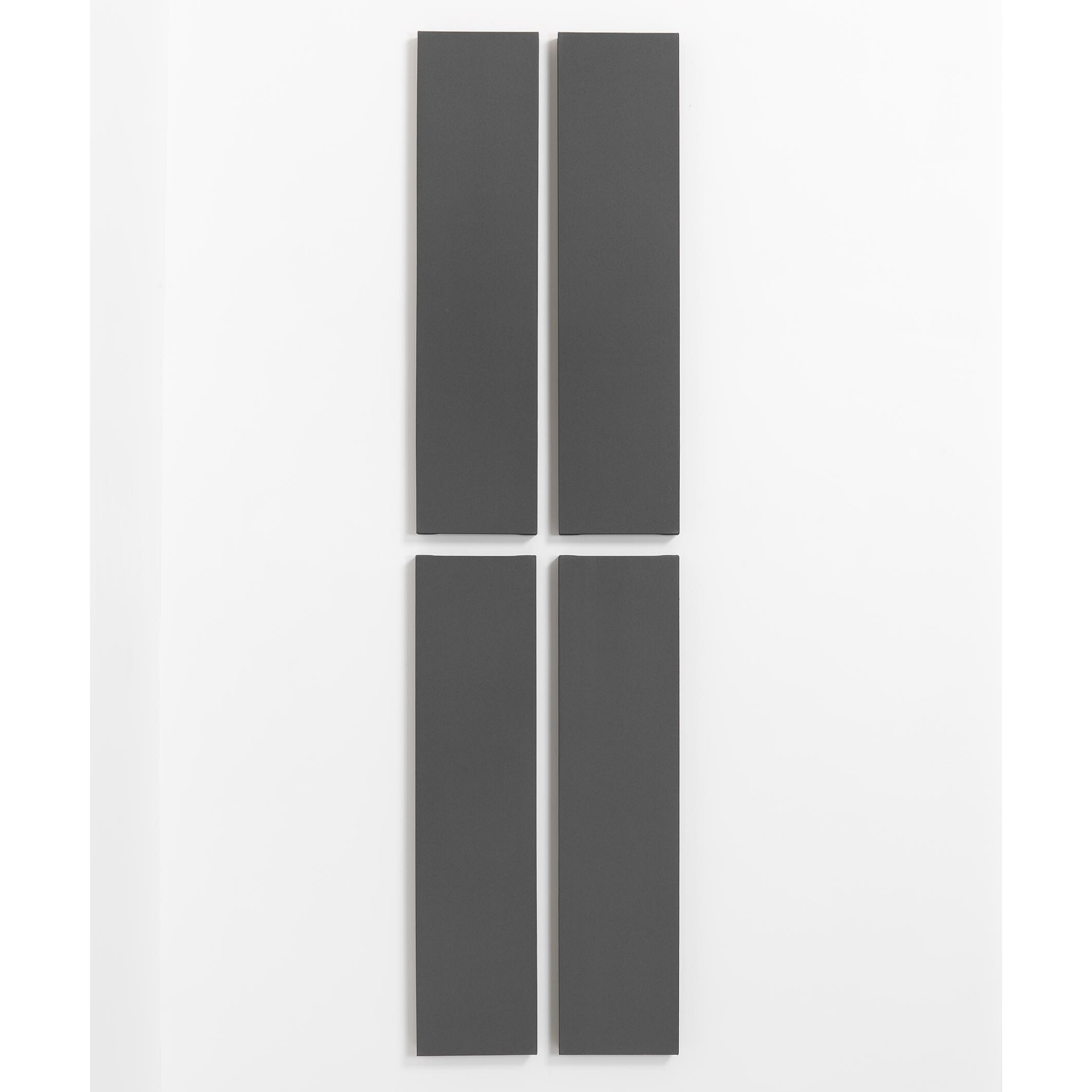 “I am an artist who makes a grey painting” contains the essence of Alan Charlton’s oeuvre to which the artist has been faithful for the last forty years. His production is all made by steps of the same path, the path that he started back in 1969 when he did his first grey painting as a student at Camberwell school of art. The grey painting alone seemed to be consistent in every respect with his idea of painting....READ MORE

To Charlton, being an artist means making paintings as an everyday practice, a relentless work in the studio that needs to be done, with precision and dedication. Charlton is not and does not wish to be an artist in the revolutionary sense. What is revolutionary is the constancy and resolution with which he works. Grey is for the art is the colour of modernity and urbanity; it unites fullness and emptiness; it stands alone for objectivity and functionality on the one hand and emotional extreme on the other: it sets the difference from the choice of the constructivist monochrome seeking for purity as, for Charlton, it is the most useful as well emotional colour there is, being, for example, the colour of melancholy.

Courtesy of the artist and Alfonso Artiaco, Naples.