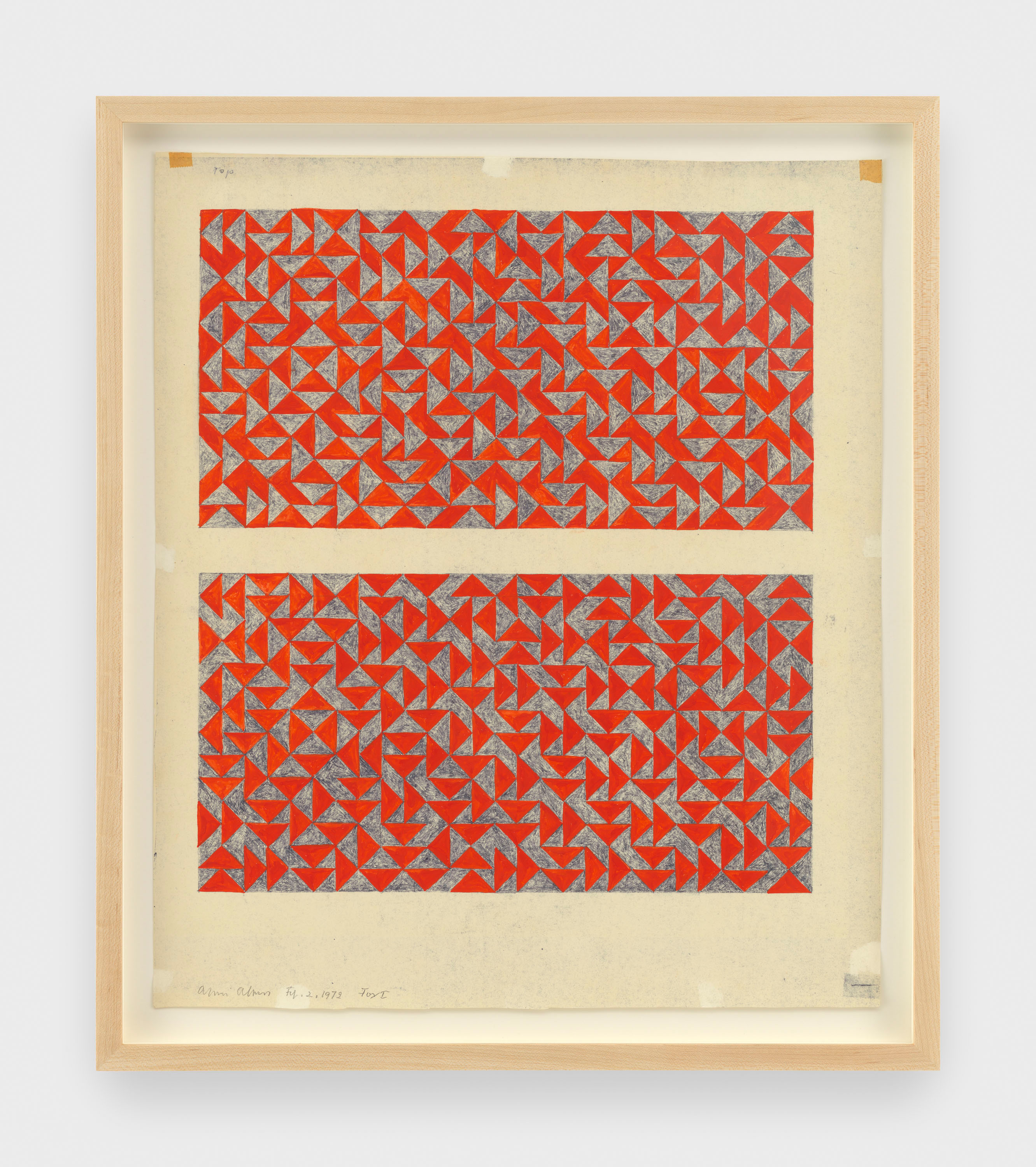 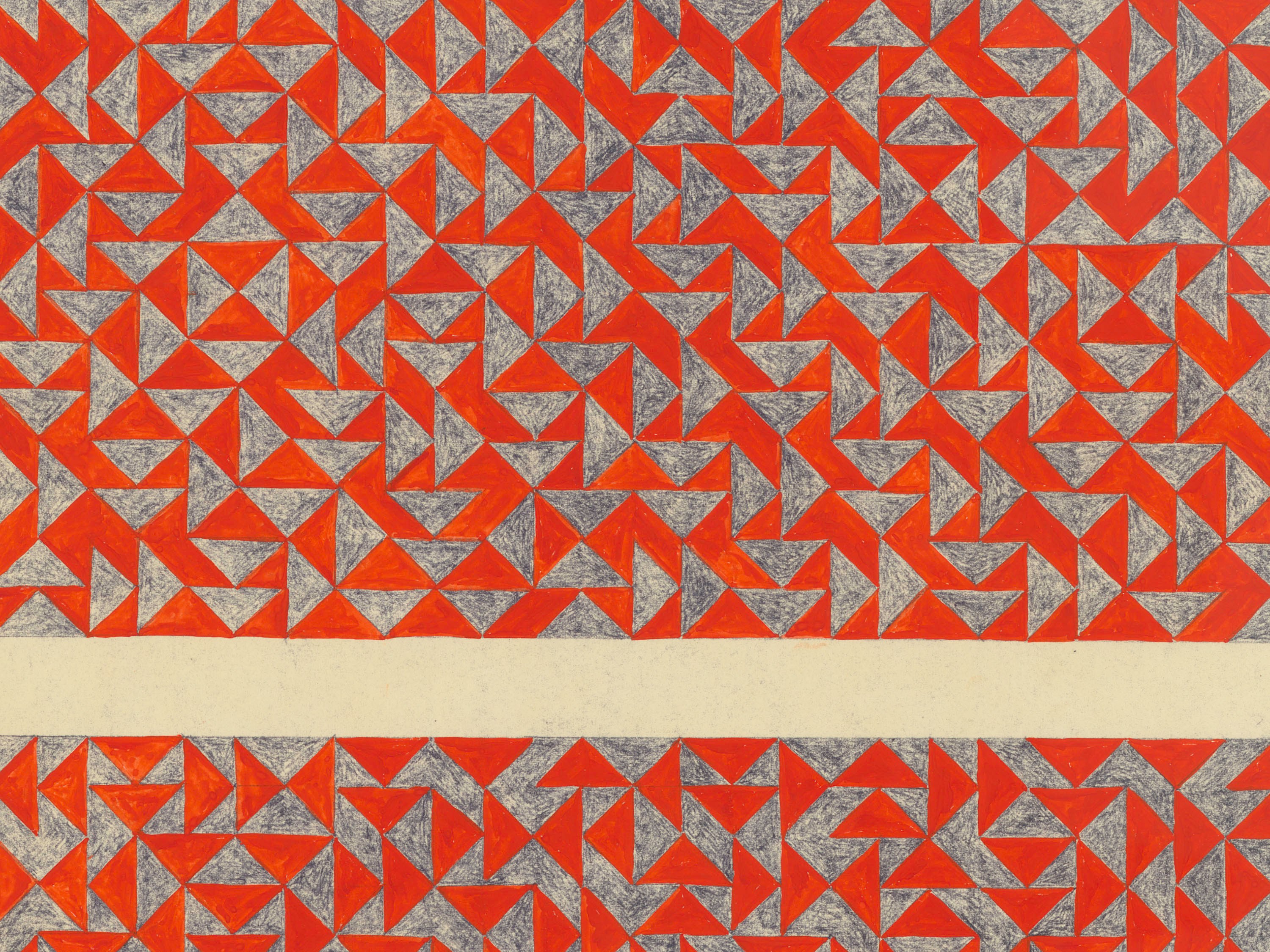 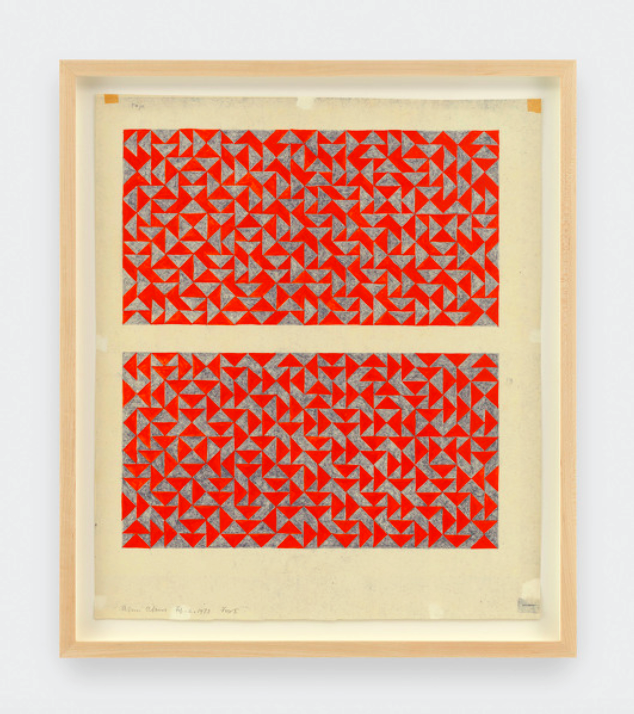 Gouache and diazotype on paper

Known for her pioneering graphic wall hangings, weavings, and designs, Anni Albers (née Annelise Fleischmann; 1899-1994) is considered one of the most important abstract artists of the twentieth century, as well as an influential designer, printmaker, and educator. Across the breadth of her career, she combined a deep and intuitive understanding of materials and process with her inventive and visually engaging exploration of form and color....READ MORE

Born in Berlin, she studied weaving at the Bauhaus beginning in 1922, eventually joining the faculty in 1929. Her innovative textiles from this period combined avant-garde geometric abstractions with weaving for the first time, creating works that were at once functional and aesthetic. Albers was deeply influenced by pre-Columbian art and textiles, which she encountered on trips to Mexico during her time teaching at Black Mountain College between 1933 and 1949. She went on to employ long-forgotten techniques discovered through her in-depth study and collection of these works, leading eventually to the creation of her pictorial weavings of the 1950s. After 1963, she largely moved away from weaving to focus on printmaking and drawing as well as a select number of commissions that likewise engaged her singular approach to composition, creating numerous abstract motifs that—like her weavings—set up a dynamic play between figure and ground.

Works on paper played a significant role in Albers's practice. Fox I comprises hand-applied red gouache arrayed across a diazotype (or, offset) print and is a plan for a two-color print of the same name that was published that year by Fox Press in West Hartford, Connecticut. Triangles such as these became a dominant motif in Albers's work during this period, due in large part to the difficulty and lack of precision inherent to including triangular forms within the gridded structure of textiles. Built from minimal and reiterated elements, Albers's complex compositions were greatly informed by the work and teachings of Paul Klee, her instructor at the Bauhaus and artistic mentor.

This work is registered with The Josef and Anni Albers Foundation under #1994.10.38.