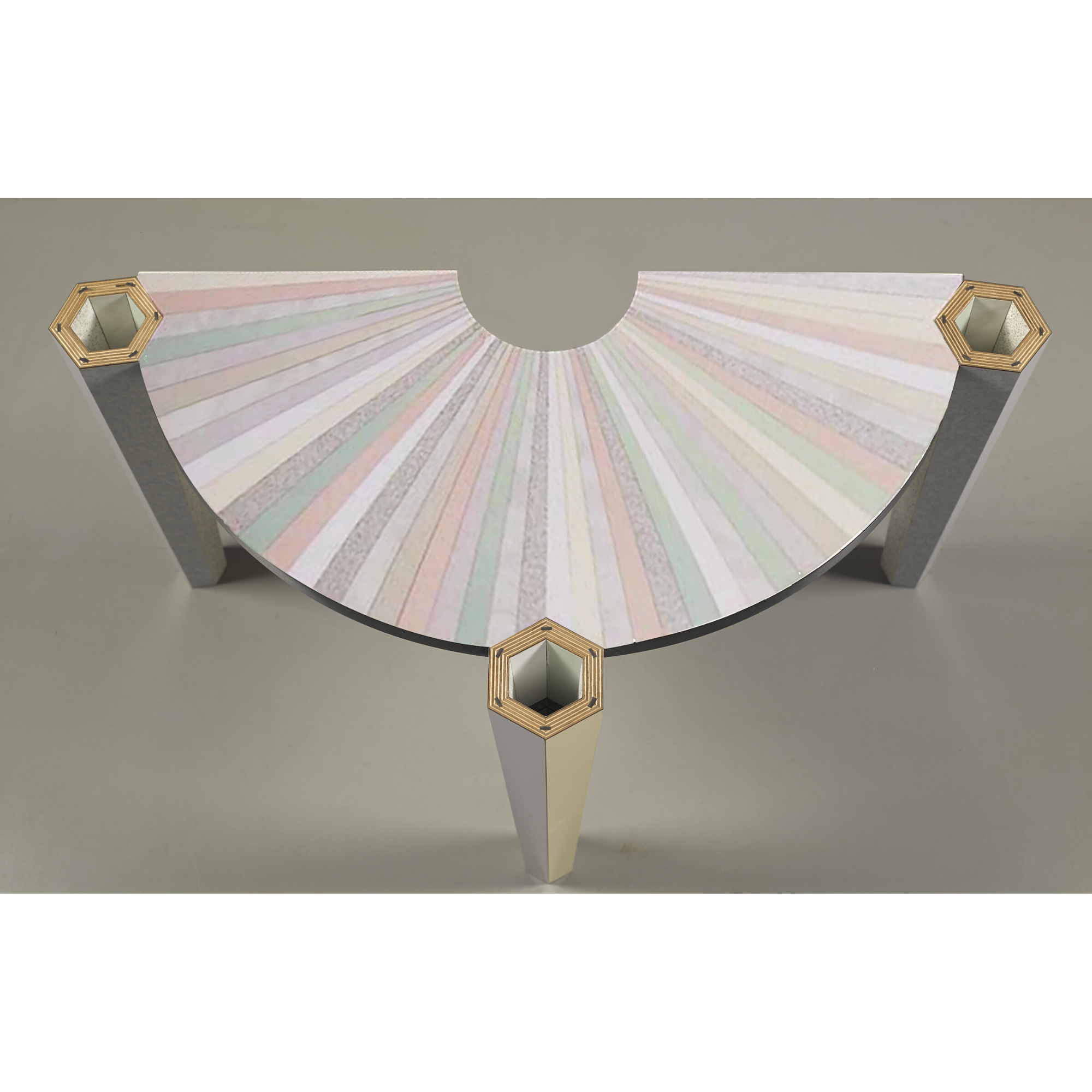 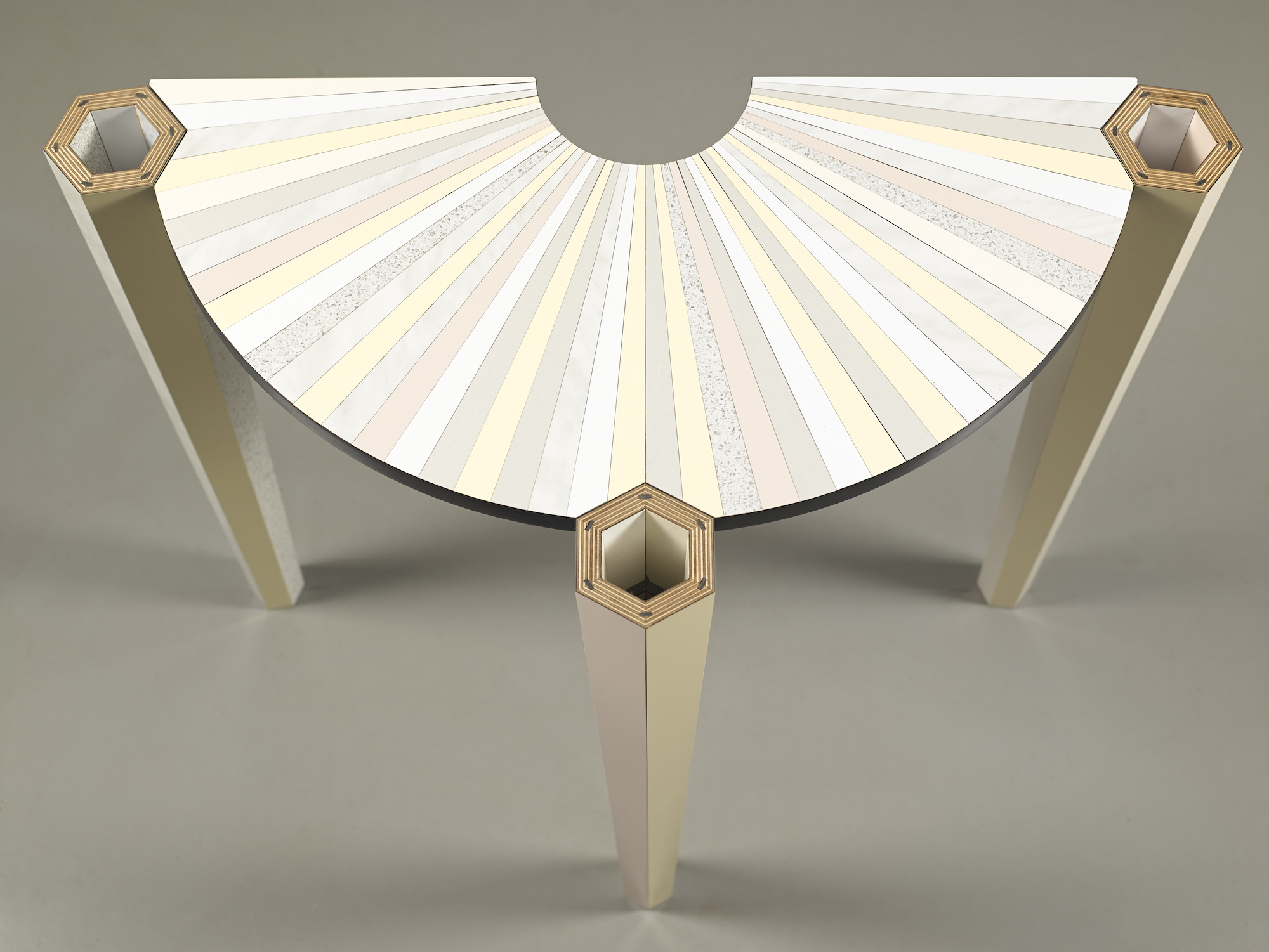 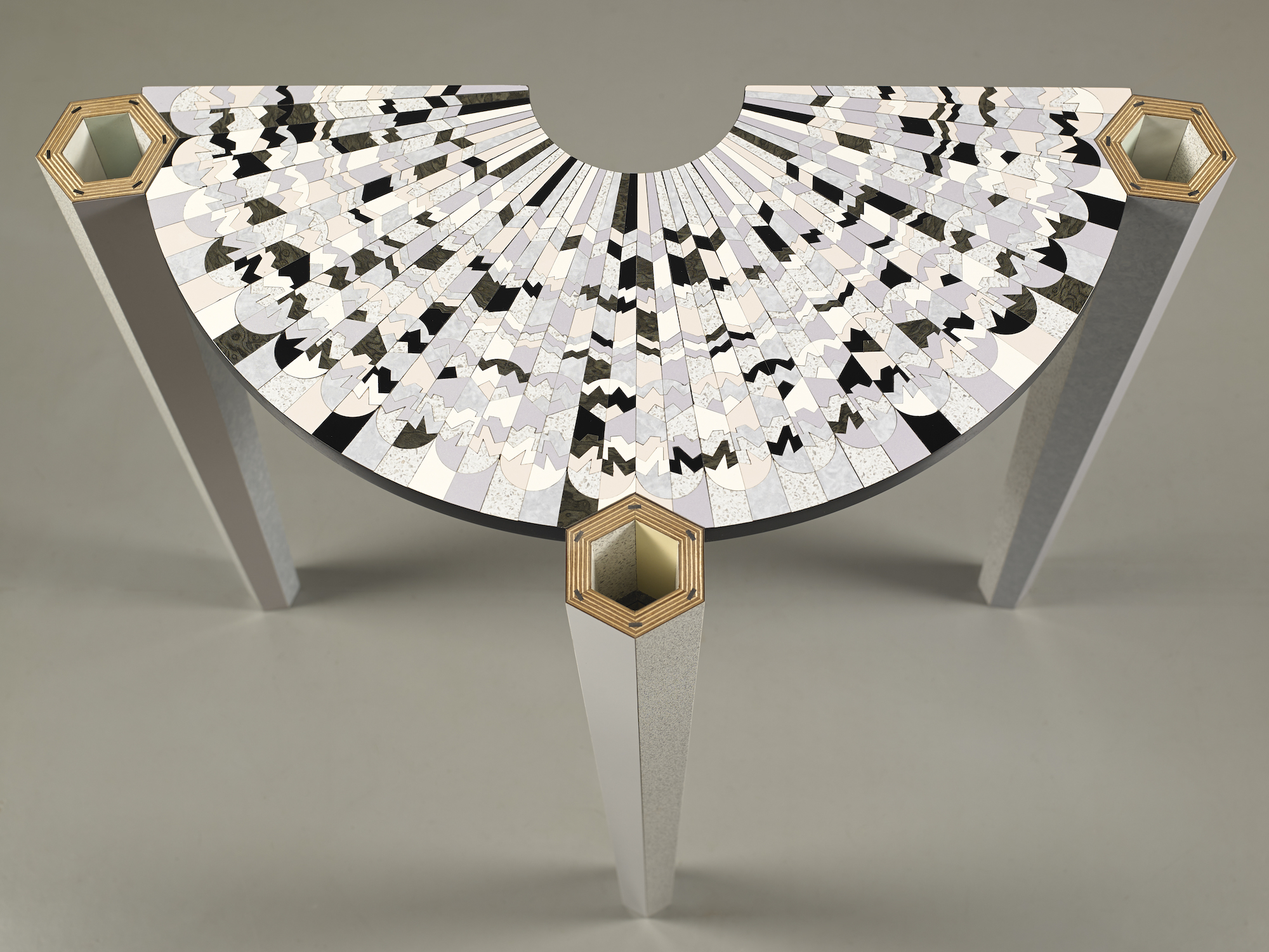 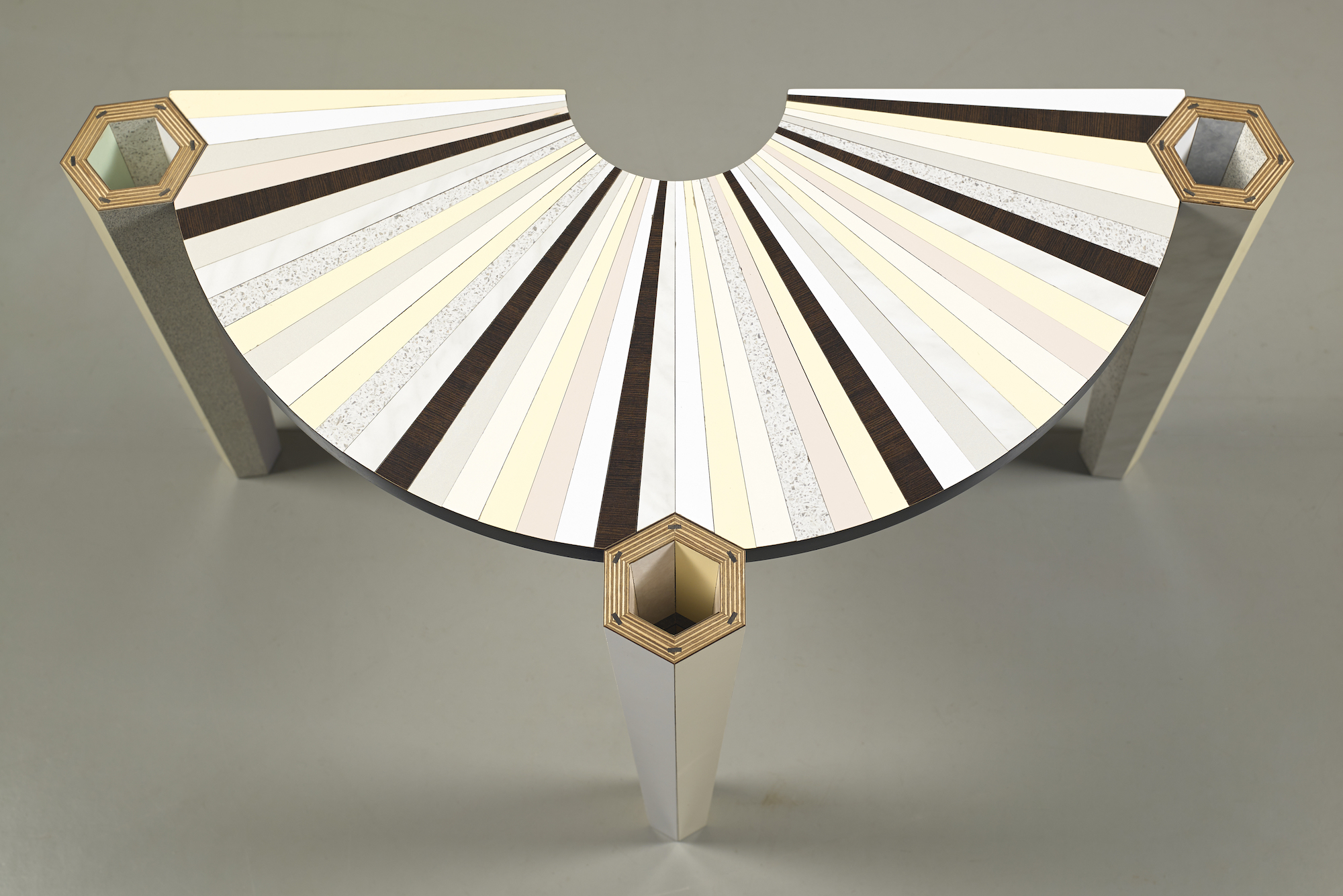 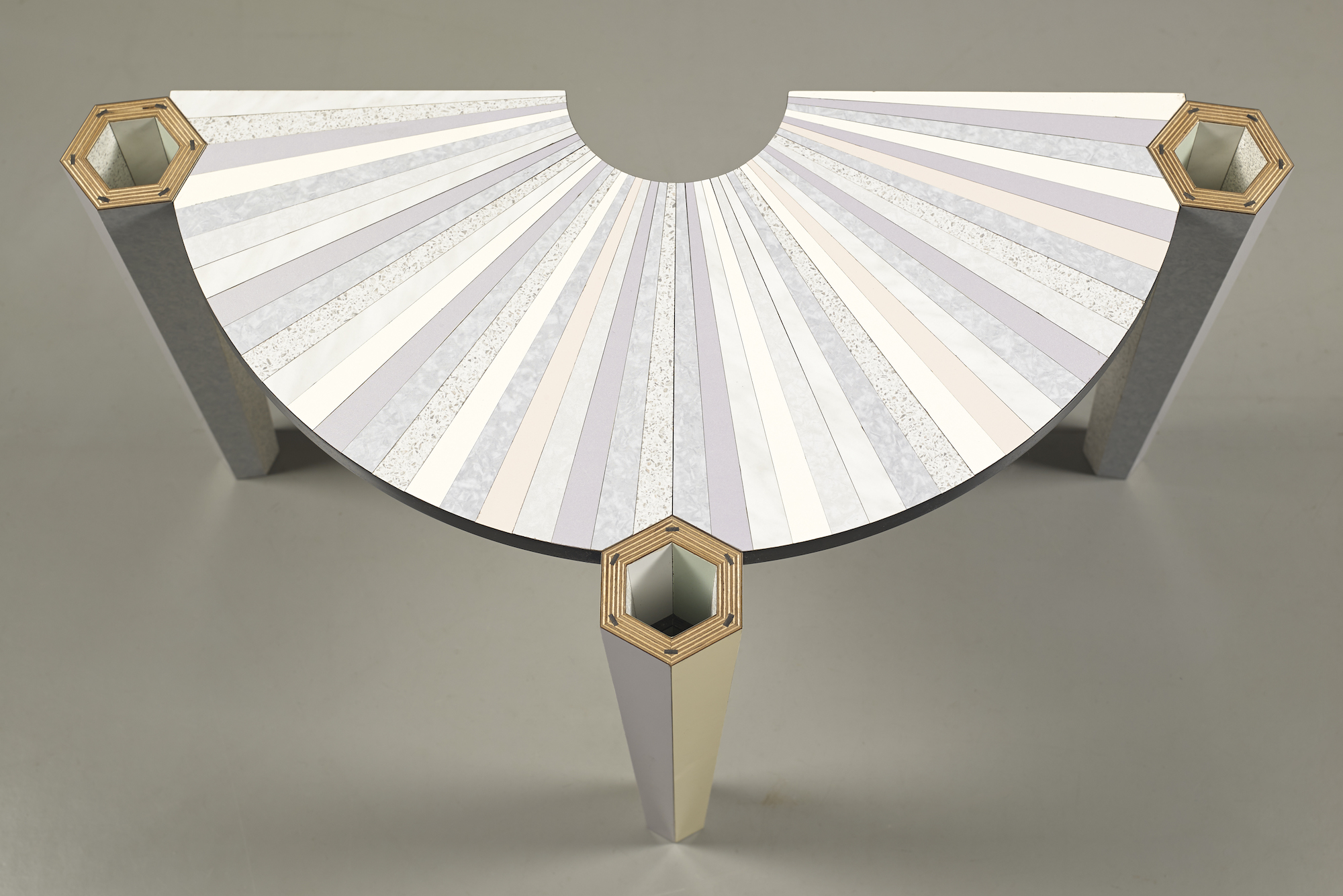 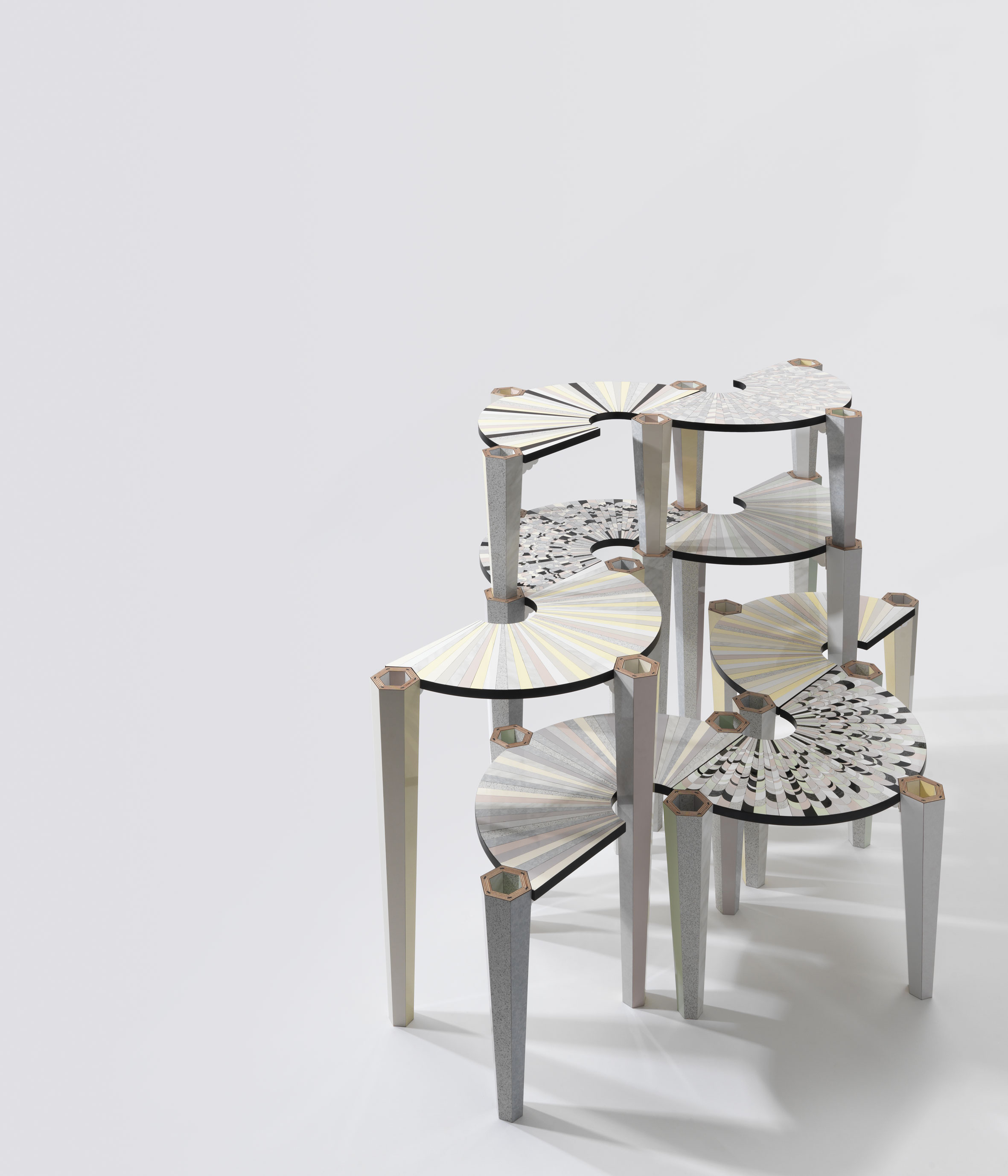 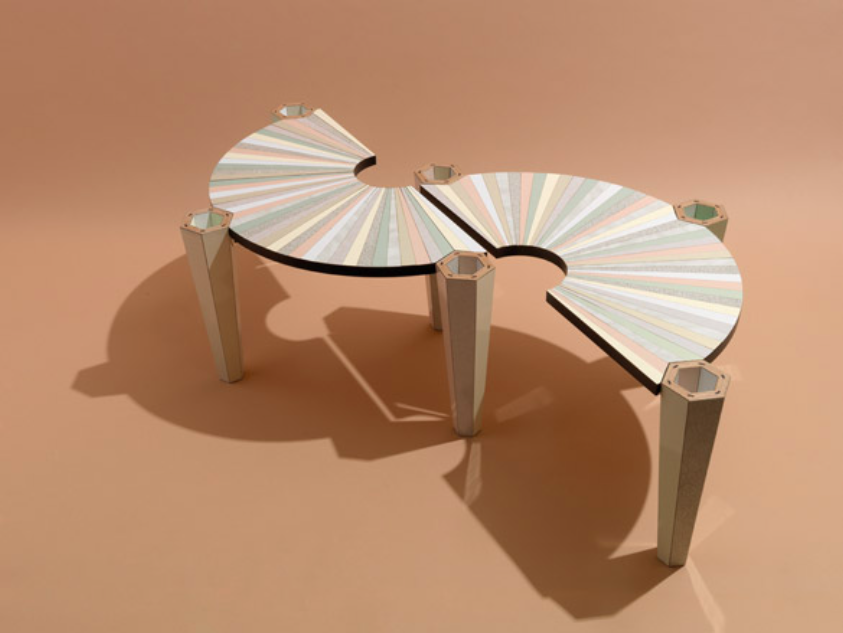 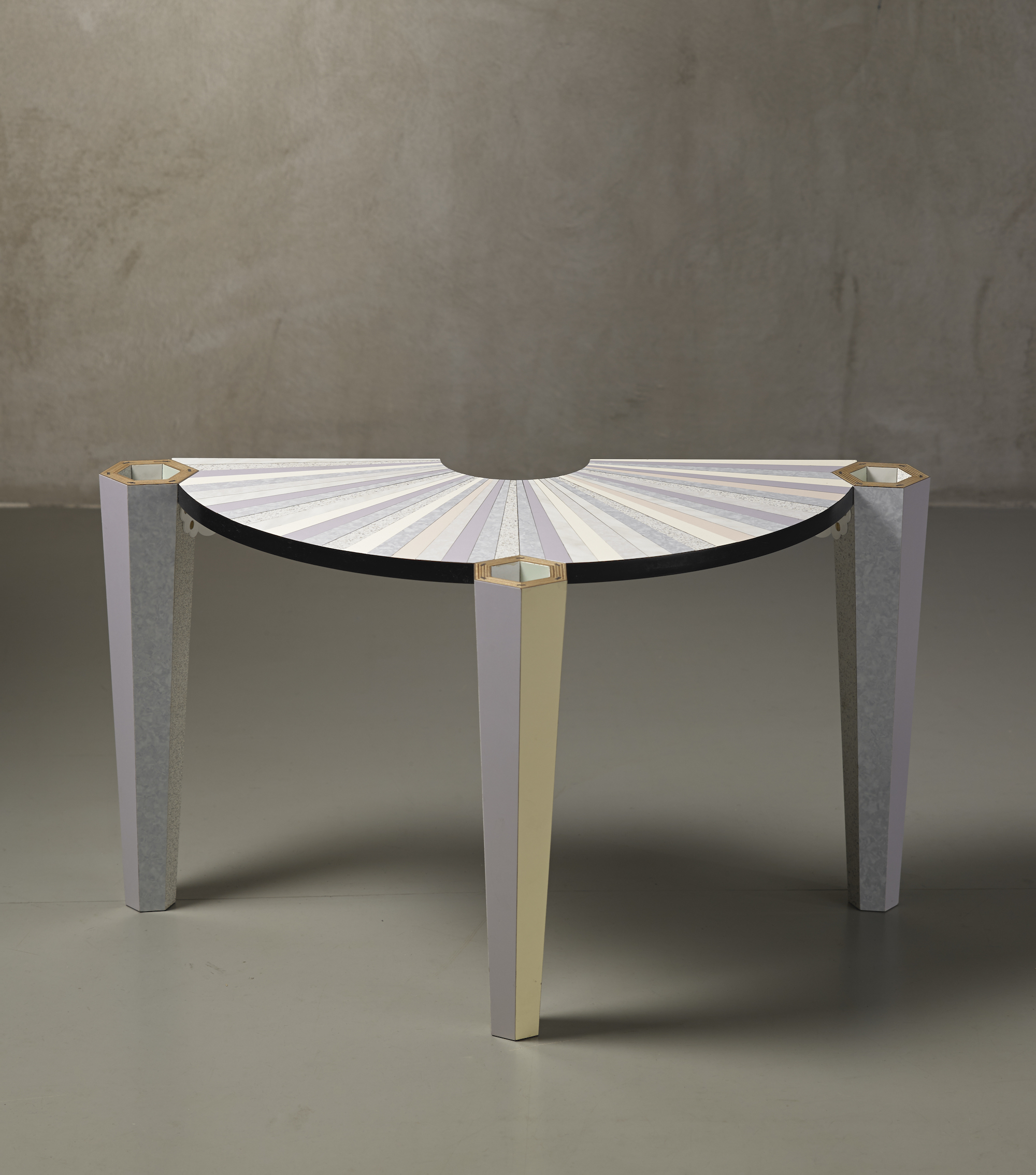 "I use that space in between dream and wake to give thoughts a shape that they don't have. I let that all collide and become something concrete."...READ MORE

The Playtime high and low stackable tables best reflect Bethan Laura Wood's kaleidoscopic identity unfolding into designs rich in symbolic and material stratifications, derived from the actual manufacturing process, with the aim of exploring the balance between classical elegance and the essential role of playing to create potentially never-ending and multipurpose configurations enacting the deep bond that objects establish with each one of us' personality and needs. Laminated woods, glass, aluminum and colored plastics generate Bethan’s iconic as dreamy as intricate marquetry patterns evoking physical and visual traveling experiences across cultures from distant countries, such as Japan and Mexico.

Courtesy the artist and Nilufar, Milan