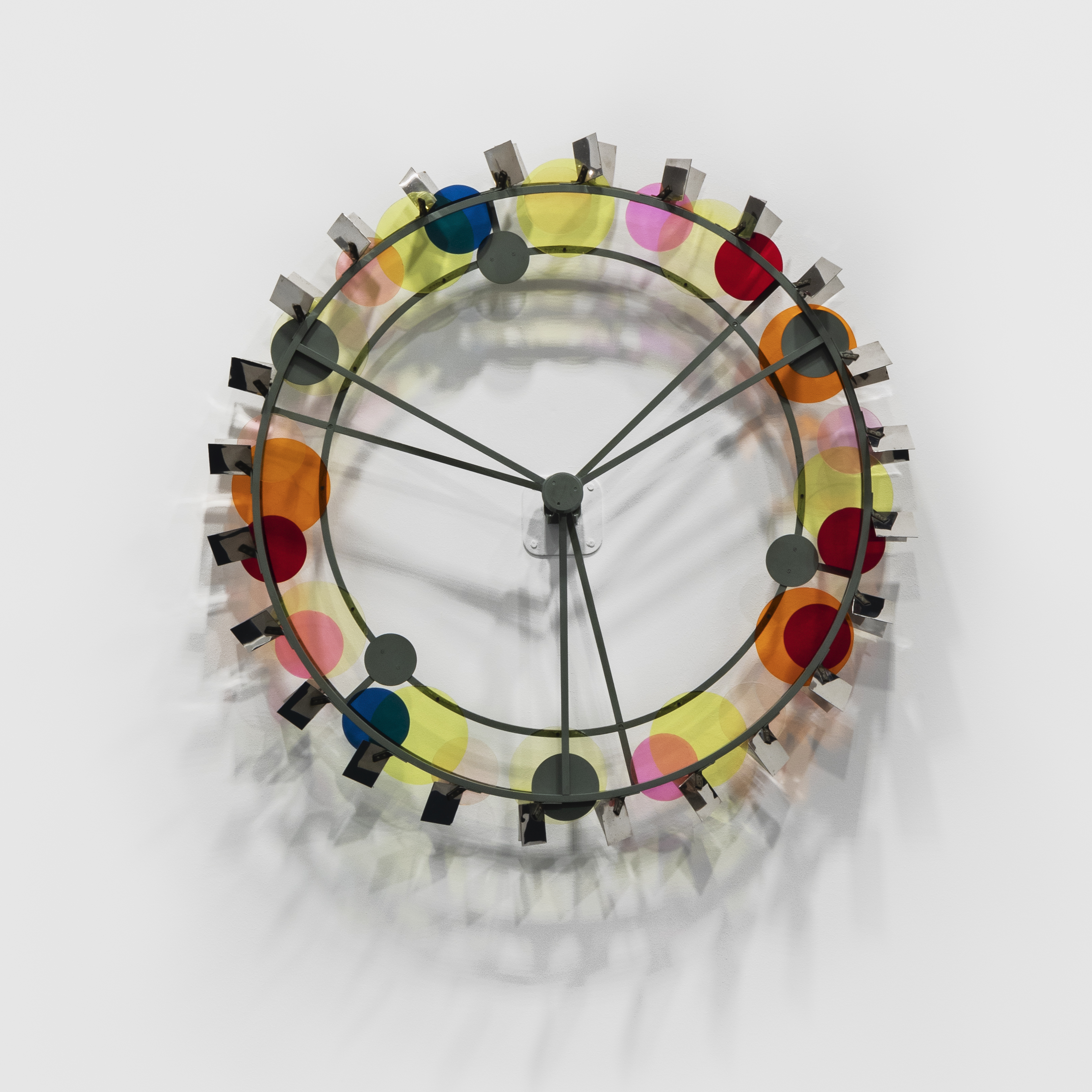 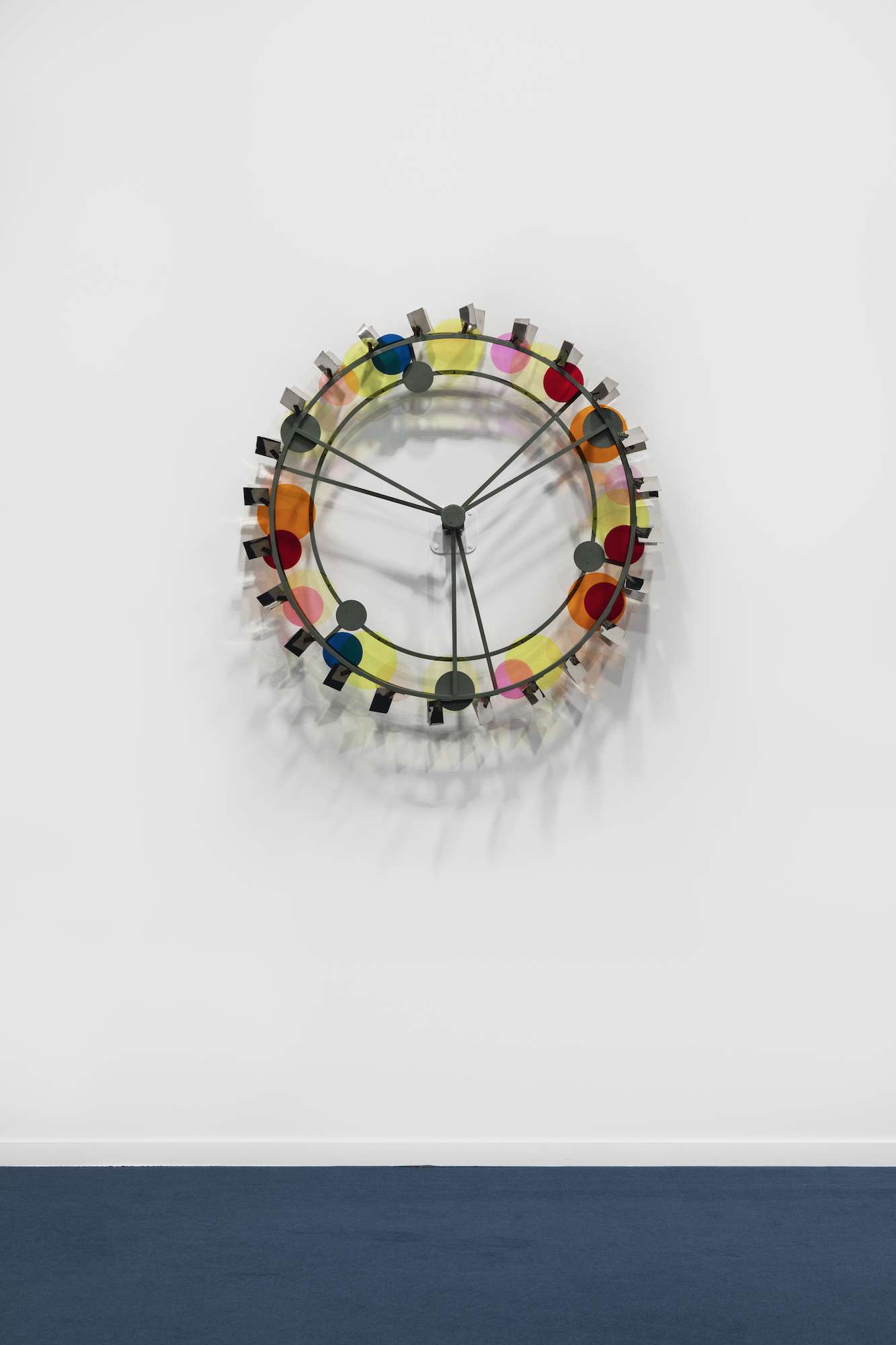 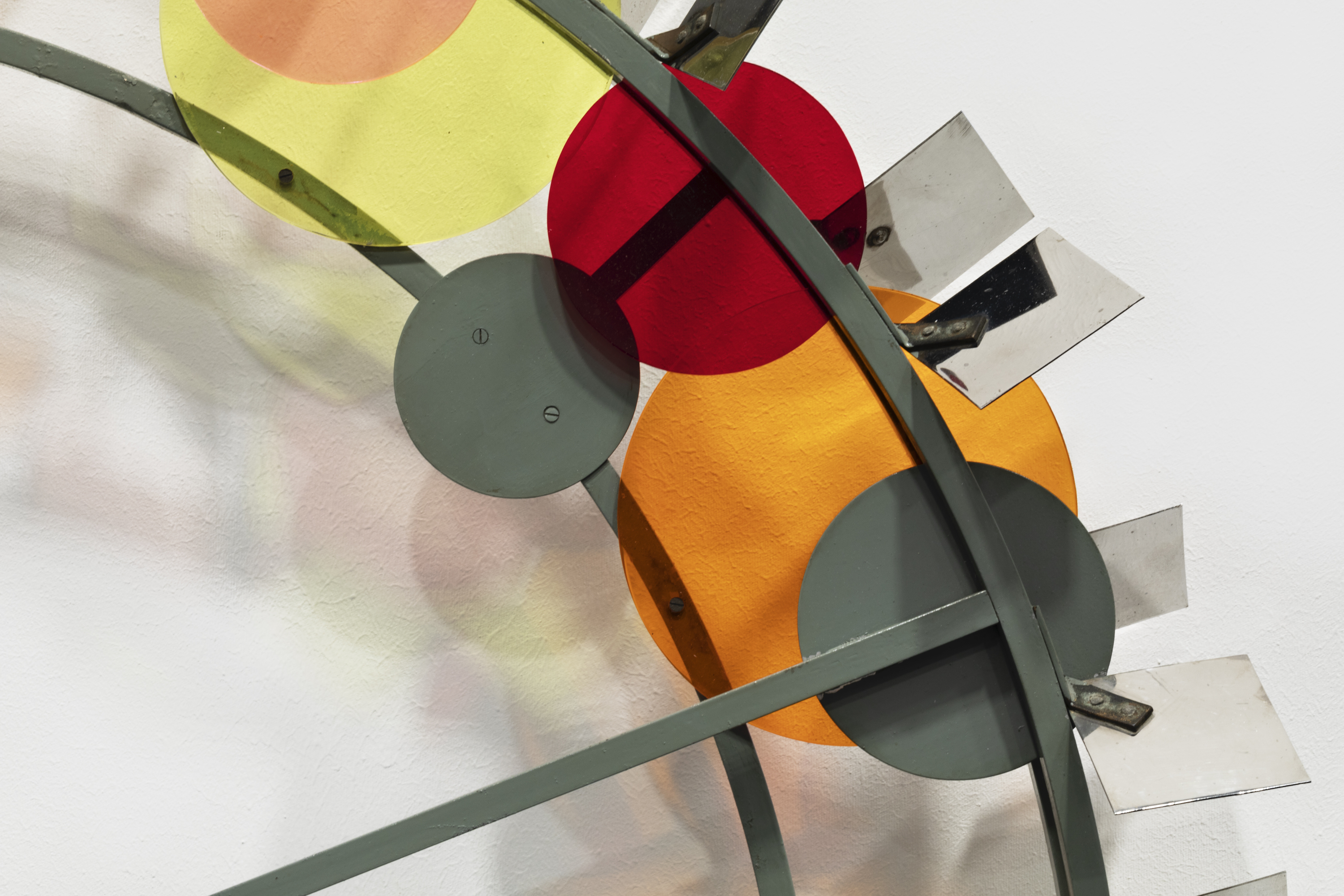 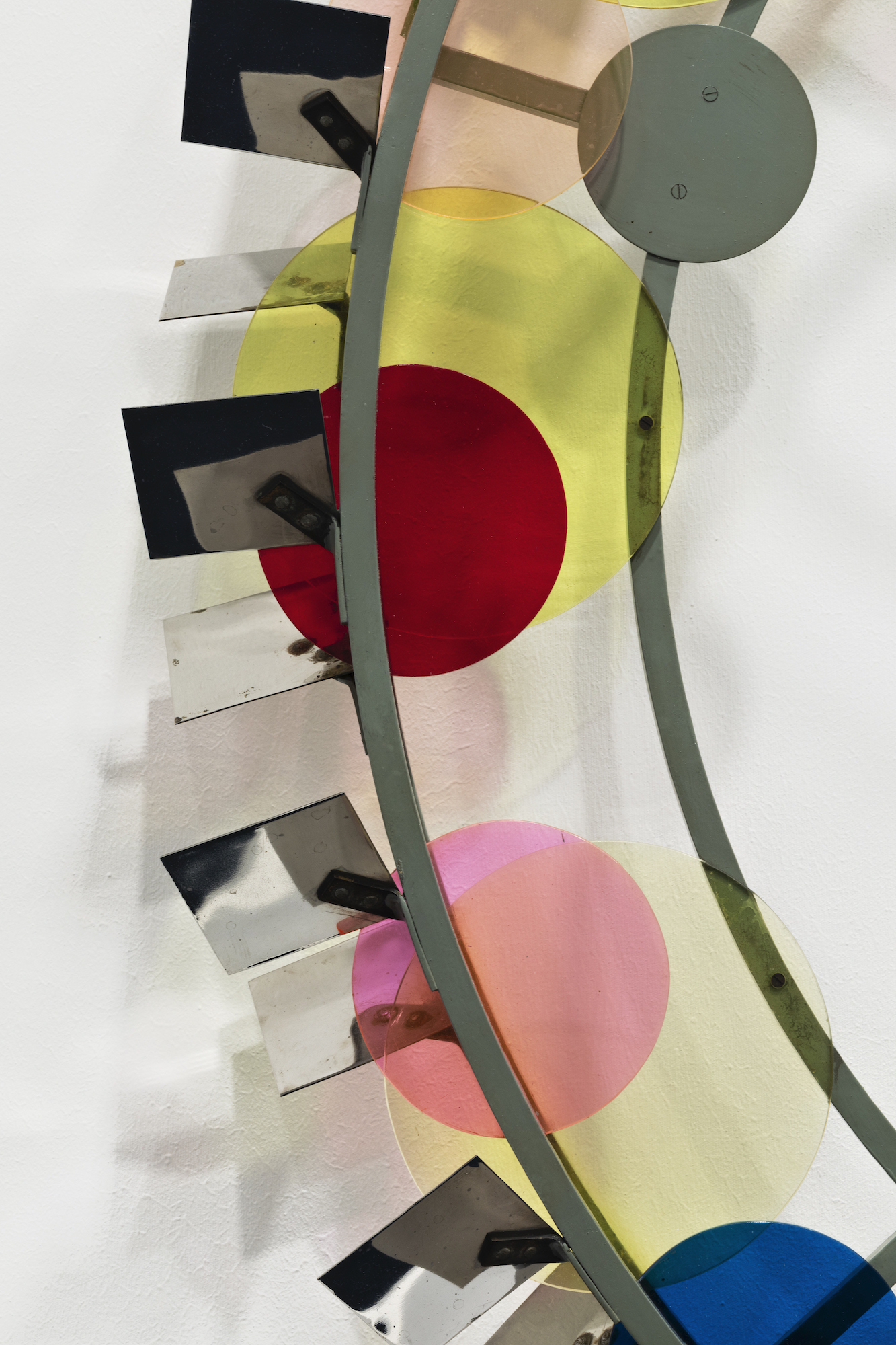 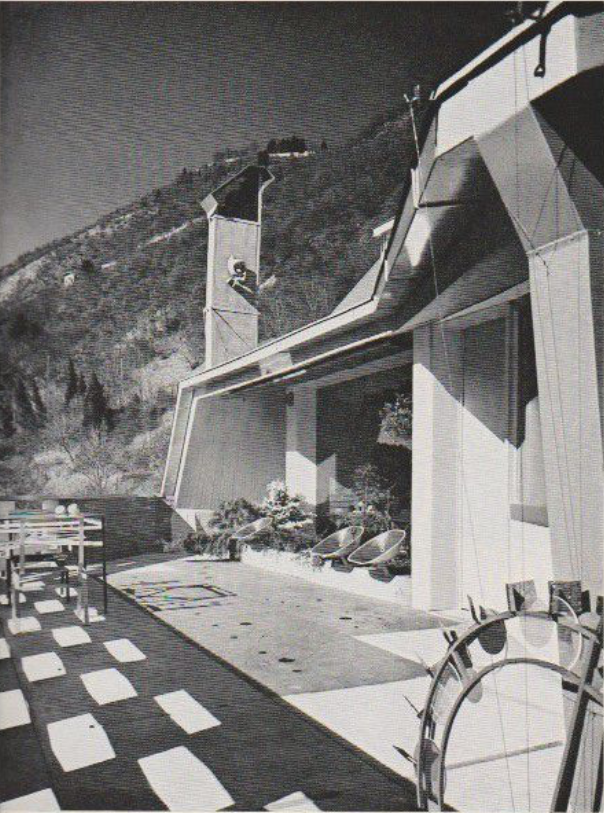 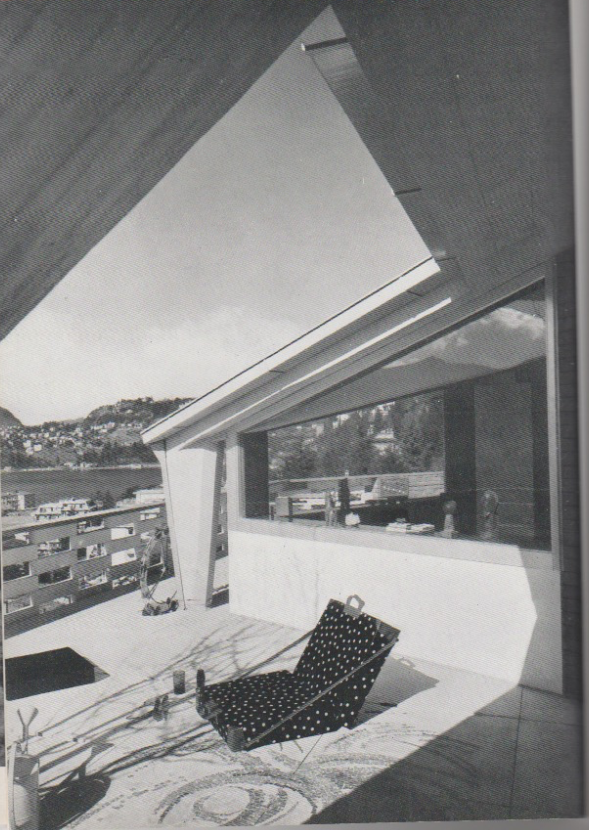 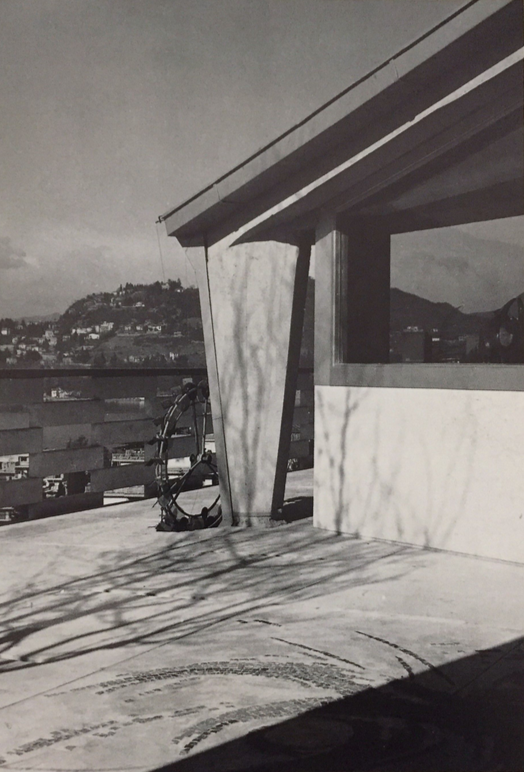 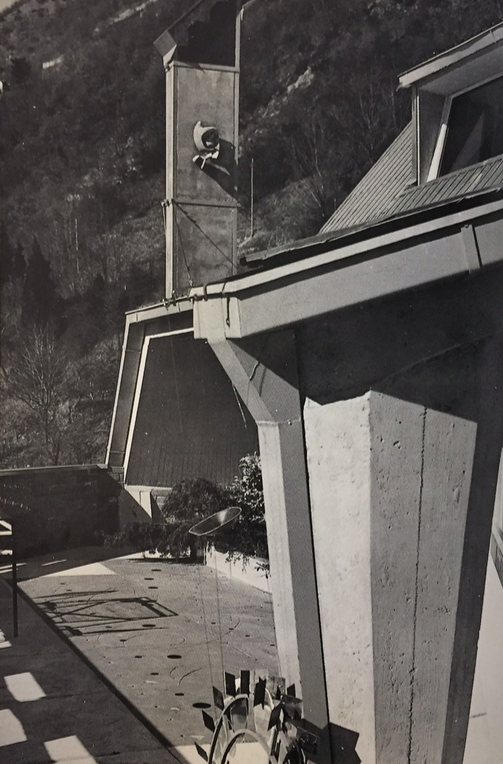 "Fontana a Ruota," 1958, belongs to a series of fountains made by Bruno

Munari in the 1950s, in which the flow of water determined the sculptures’ movement. This idea extended from his ongoing series of Macchine Inutili, which explored the dynamic potential of color and randomized movement. The materials, stainless steel and plastic, demonstrate the economy of means with which Munari was able to achieve great visual effect....READ MORE

Made specifically by Munari for the Villa of Ico Parisi on Lake Como, the work was originally installed on a terrace underneath a drain pipe - the falling water would cause the colored plastic elements to spin, reflected in the stainless steel blades.

Another “Fountain” of Munari’s was exhibited in the 1952 Venice Biennale (and was since destroyed). Its maquette and documentation would later be shown at MoMA in 1955.

Bruno Munari described himself as an “artist, writer, inventor, designer, architect, and illustrator,” a list that is nowhere near exhaustive. He began his career at an early age during the second wave of Italian Futurism, exhibiting his work for the first time in 1927 at Galleria Pesaro, Milan. In the years following, he progressively moved away from the influence of Futurism, developing an extremely personal and singular project over the course of 70 years. Munari exhibited extensively throughout his lifetime, participating in major international exhibitions, which include Documenta 3, Kassel, 1964, Documenta 4, Kassel, 1968, and nine editions of the Venice Biennale.

In 2019  the Museu da Casa Brasileira, in São Paulo, Brazil held a survey exhibition of his work, and, in 2018 - 2019, the work was the subject of a travelling exhibition in Japan, which originated at Museum of Modern Art, Hayama, Japan, and traveled to the Kitakyushu Municipal Museum of Art, Iwate Museum of Art, and the Setagaya Art Museum, Tokyo. His work has also been exhibited at institutions that include the Museum of Modern Art, New York, Museum Fridericianum, Kassel, Hayward Art Gallery, London, the Walker Art Center, Minneapolis, Stedelijk Museum, Amsterdam, Van Abbemuseum, Eindhoven, and Moderna Museet, Stockholm, among others.