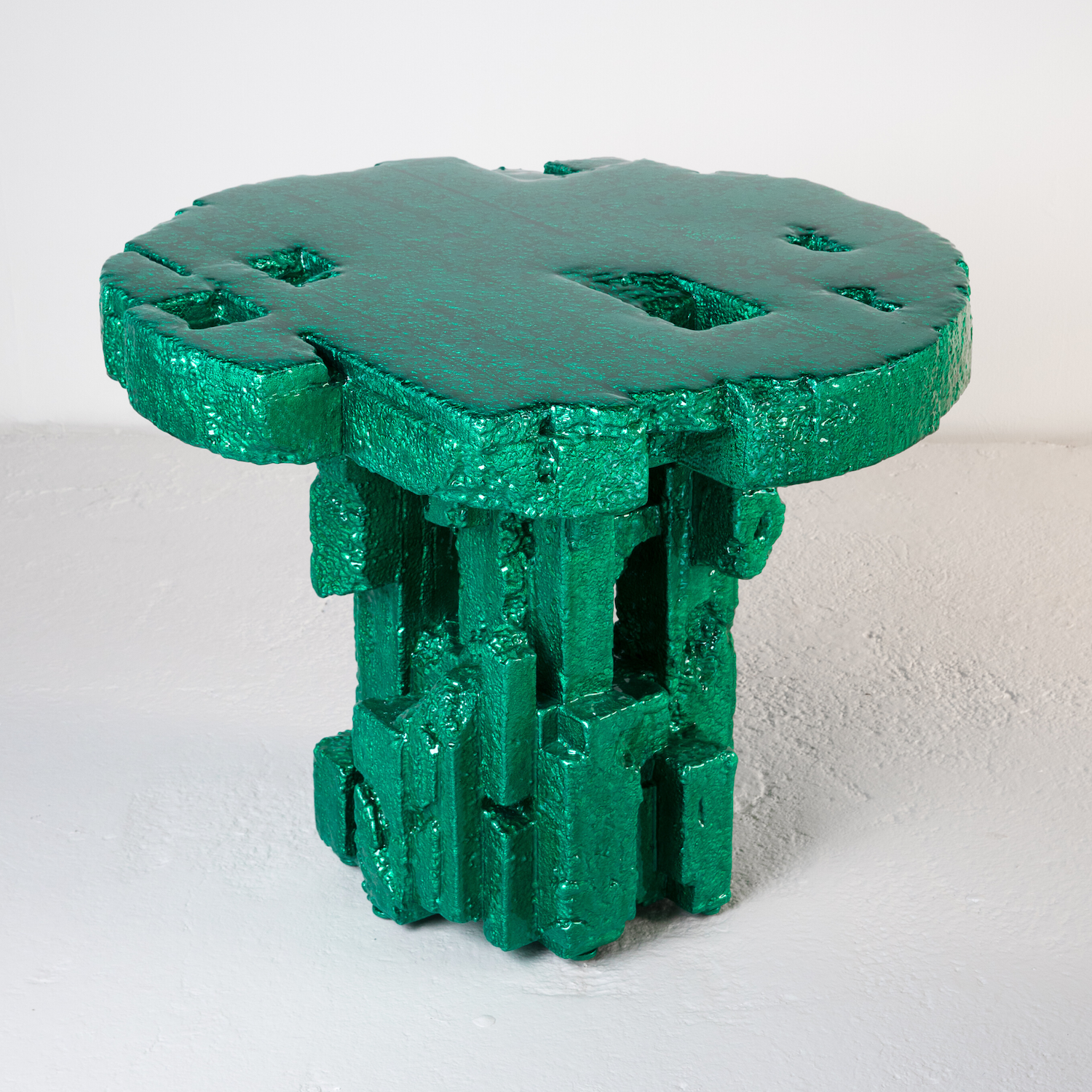 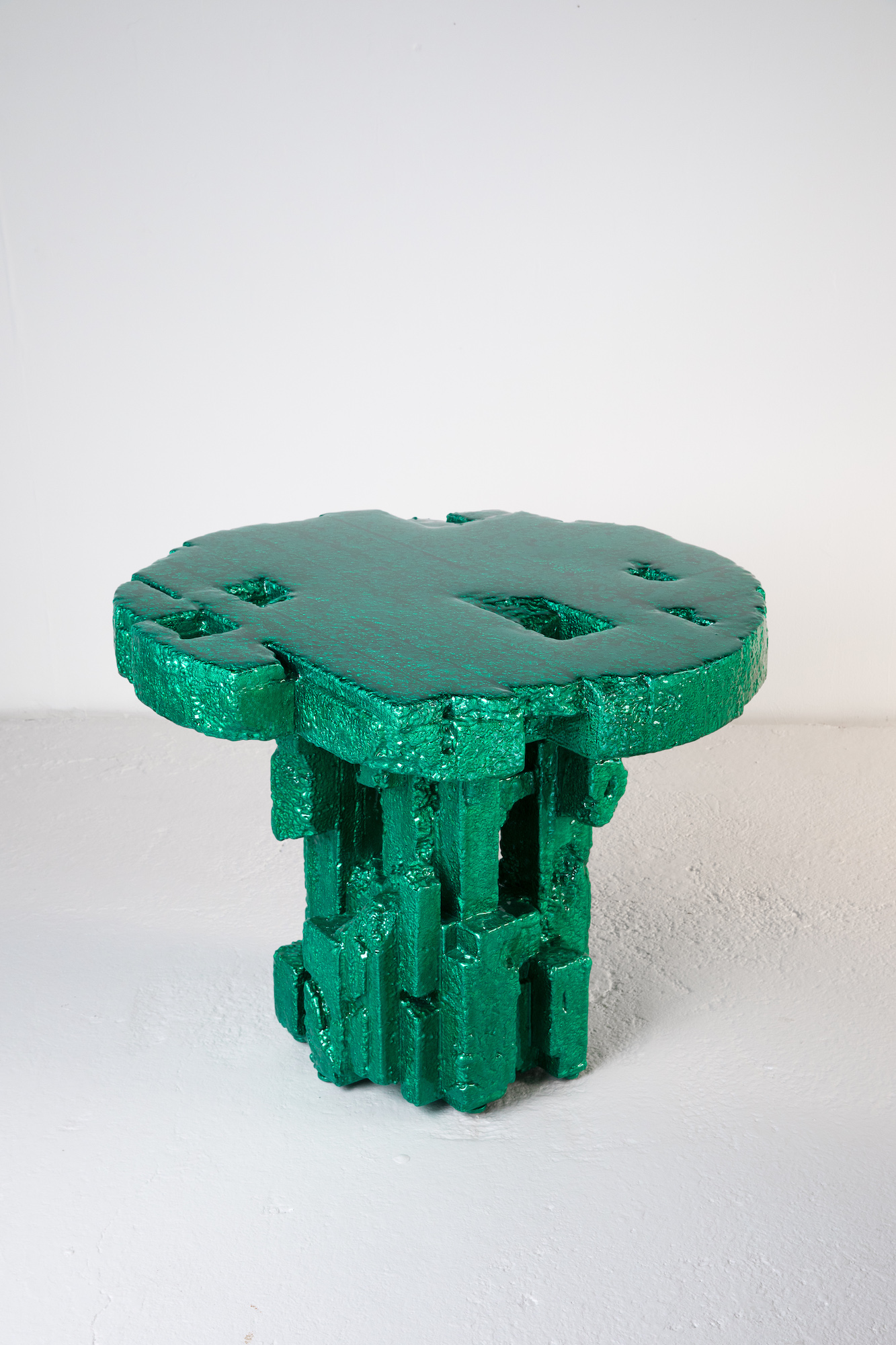 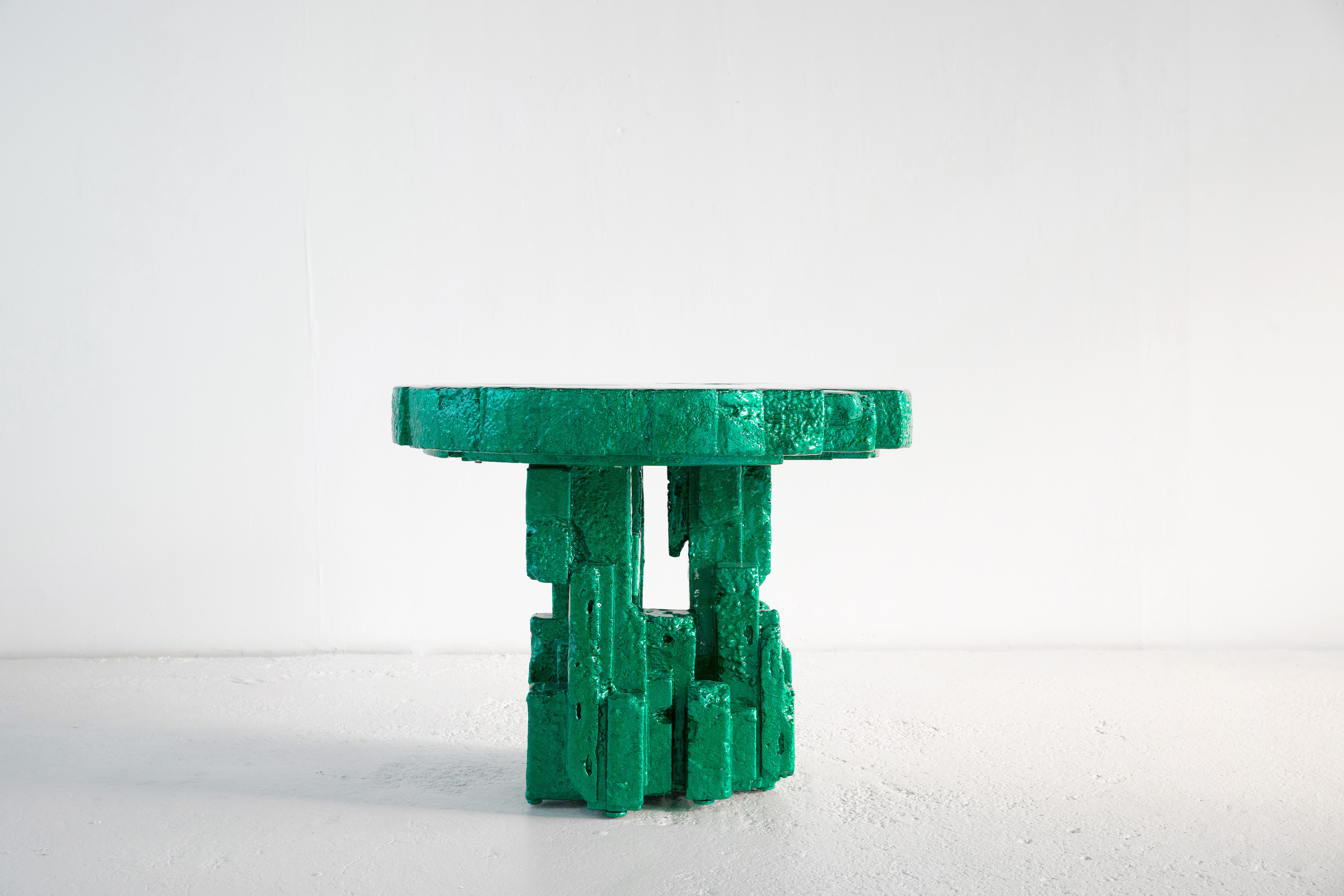 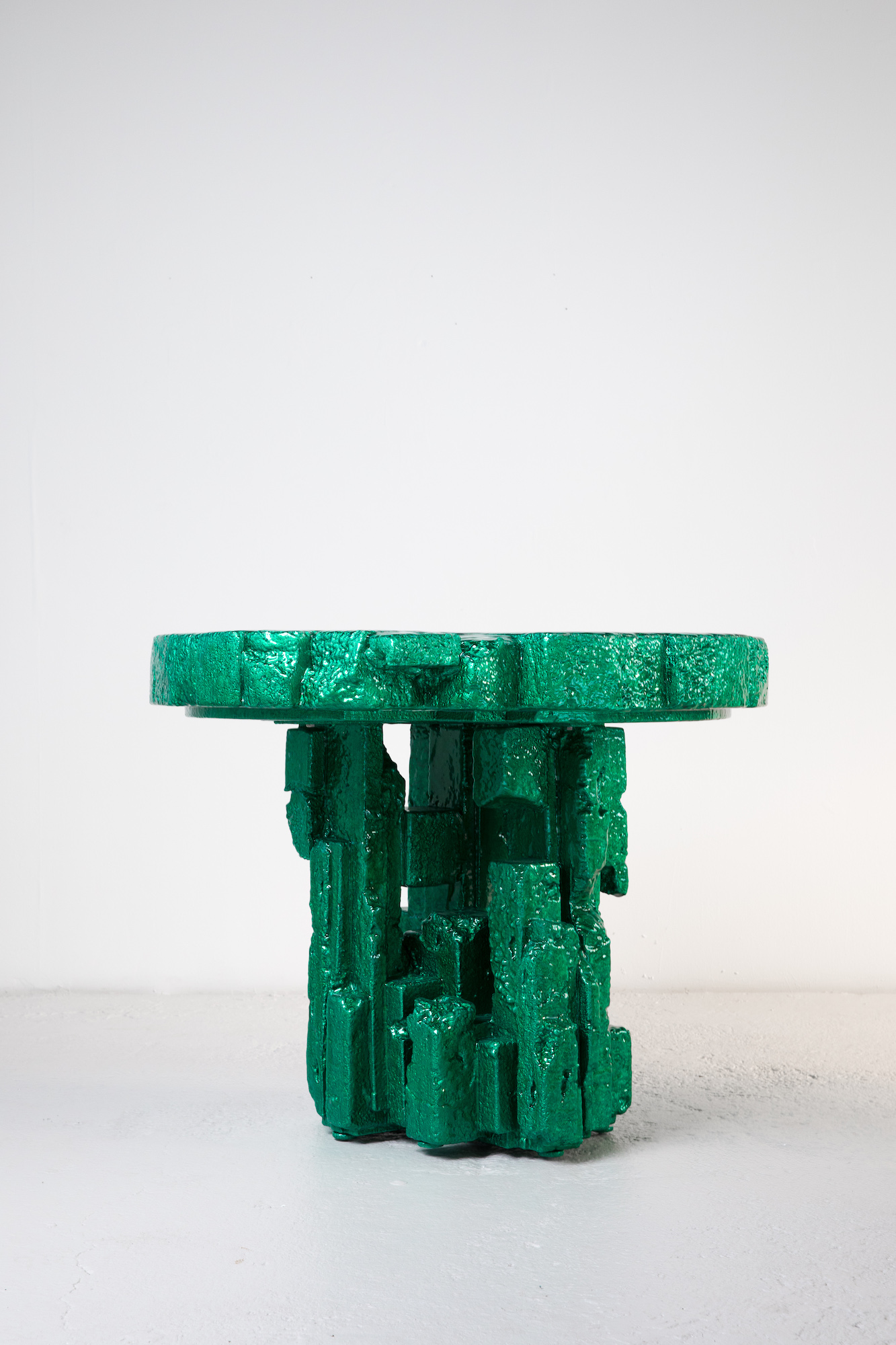 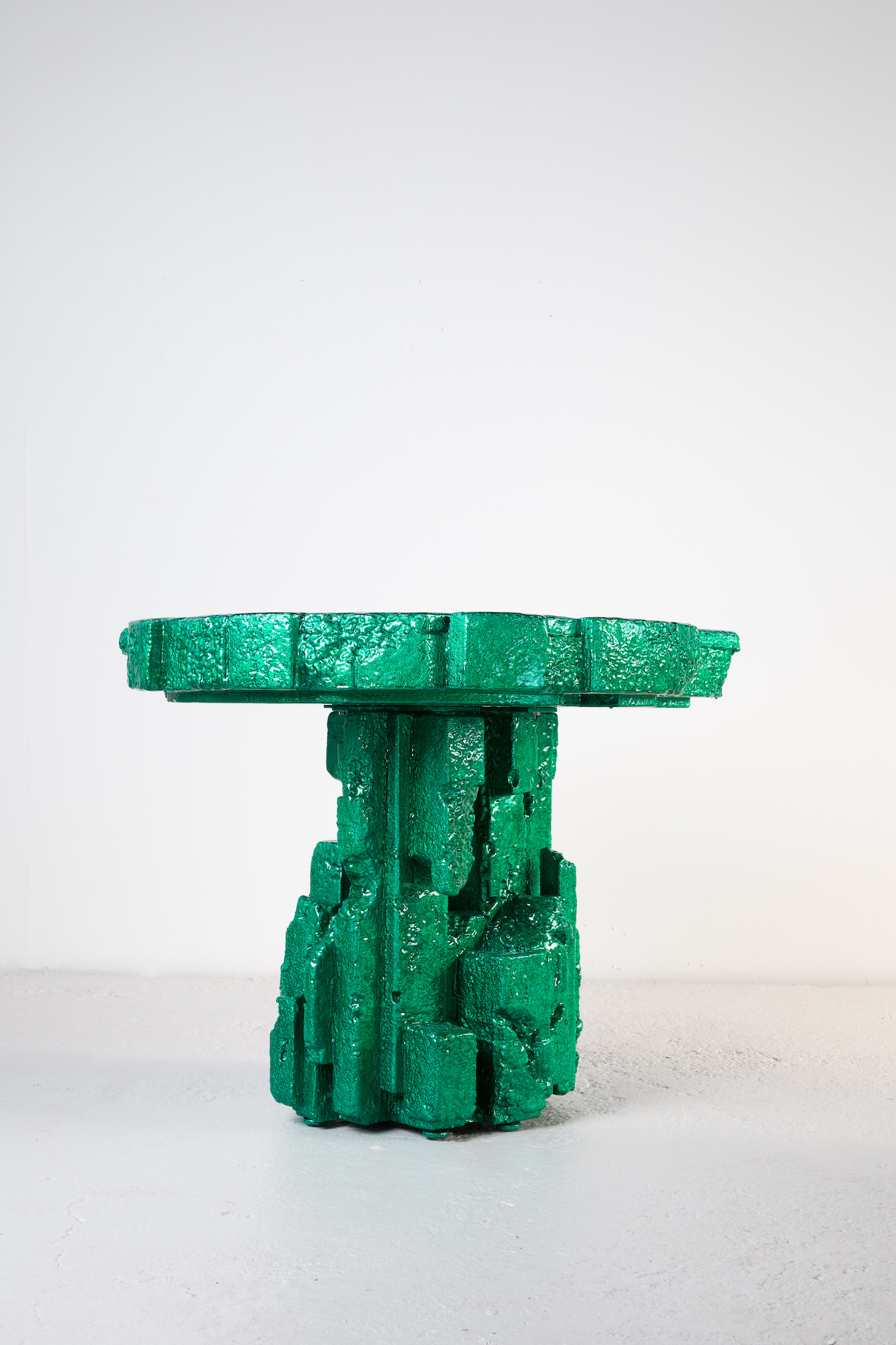 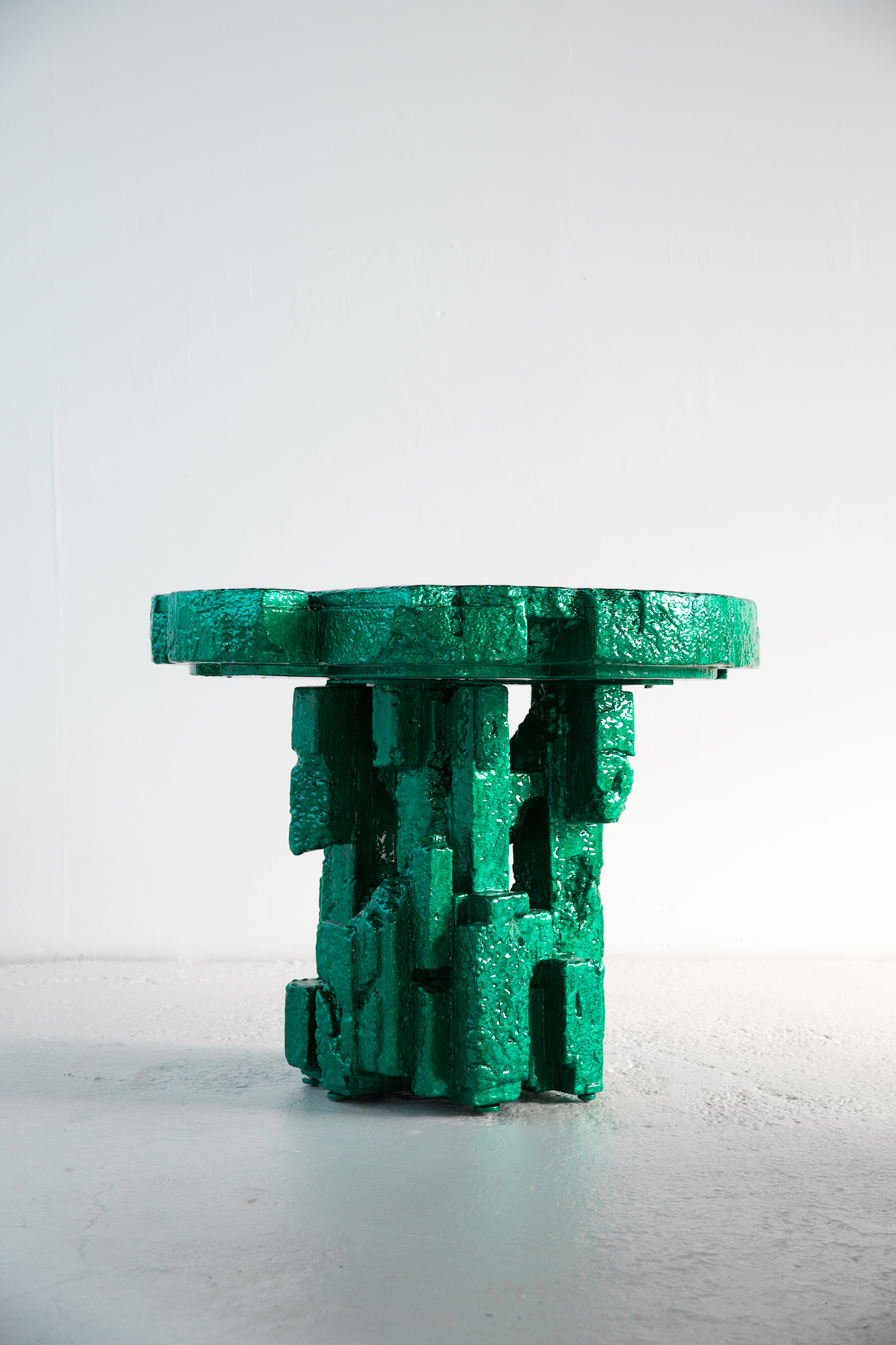 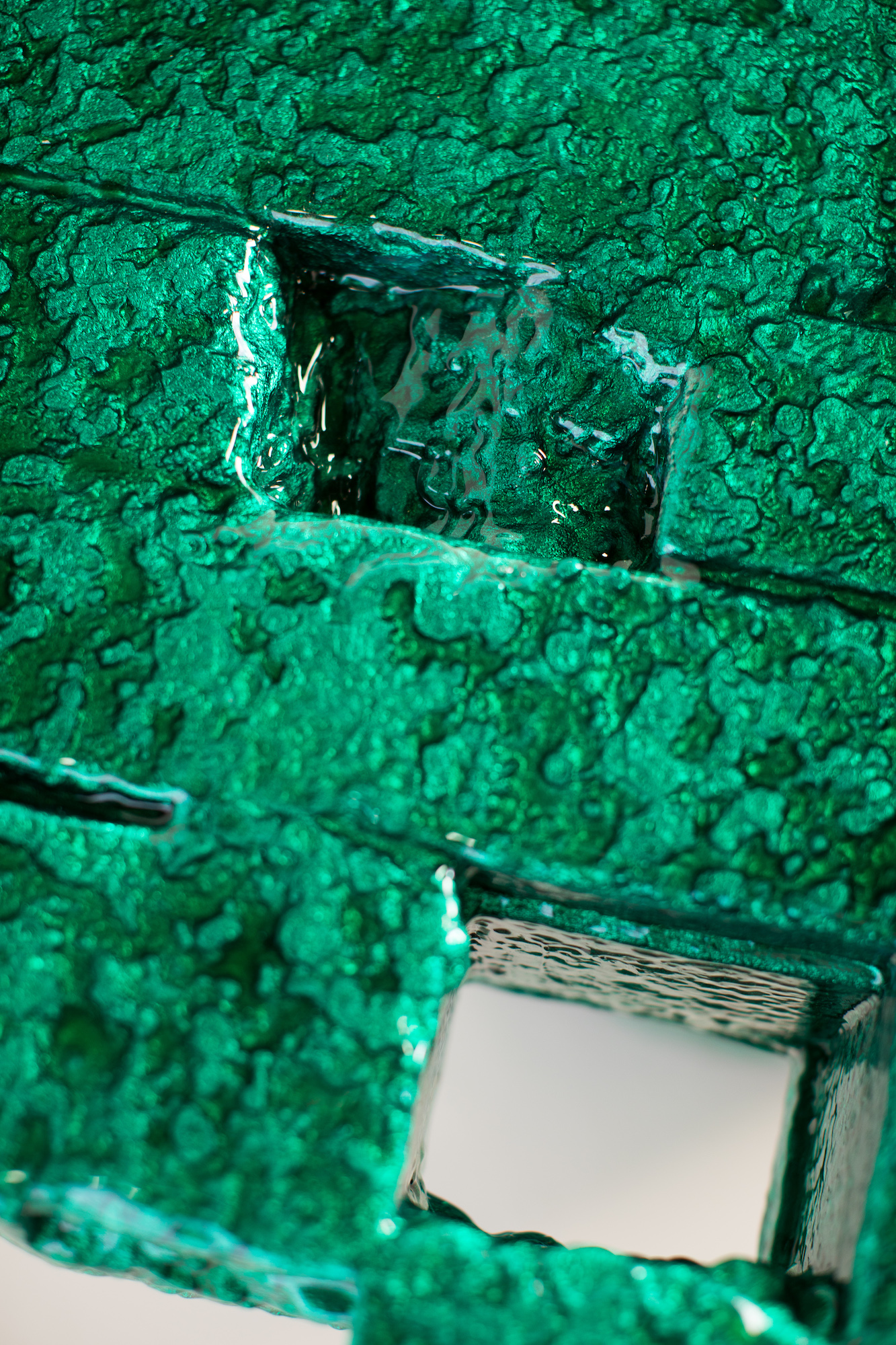 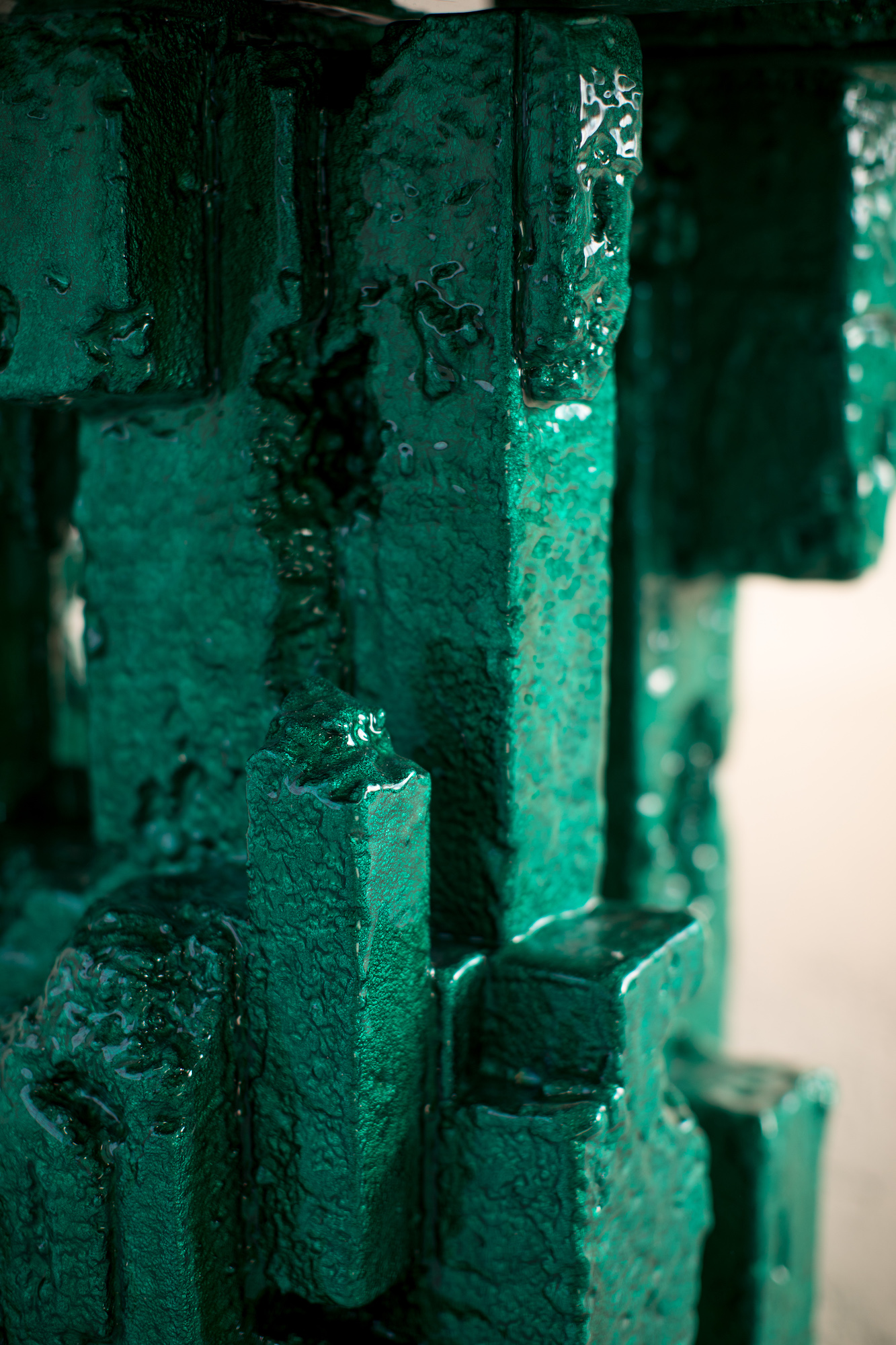 Despite overt references to fantasy and meta-fiction, Schanck’s assemblages are grounded in the reality of humanity’s relentless neglect, necessity, and inventiveness—a vernacular imparted from his neighborhood of Detroit. “In my work, I take inspiration from the people and forms around me and dip them into a futuristic skin. These pieces are proudly irregular, they are a spectacle of imperfection and they shine in their own alien skin,” says Schanck.

Born in 1975 in Pittsburgh, Pennsylvania, Chris Schanck received a B.F.A. from the School of Visual Arts in Sculpture and an M.F.A in Design from Cranbrook Academy of Art. He is perhaps best known for his “Alufoil” series, in which industrial and discarded materials are sculpted, covered in aluminum foil and then sealed with resin. In 2011, Schanck founded a burgeoning studio with over a dozen artists, students and craftspeople in Detroit. His works are in the collections of the Montreal Museum of Fine Arts, Canada and the Cranbrook Art Museum, Bloomfield Hills, MI.

Courtesy of the artist and Friedman Benda