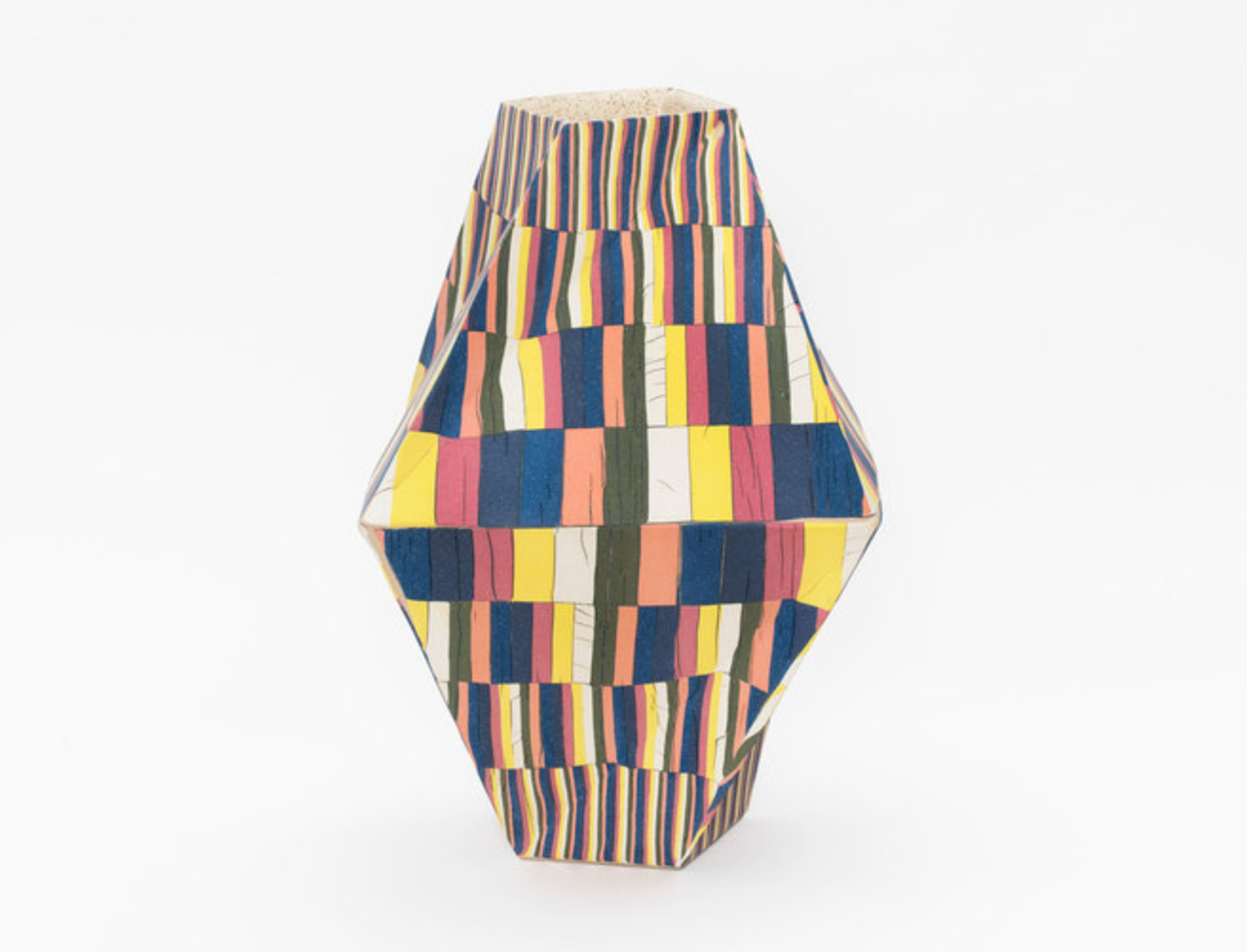 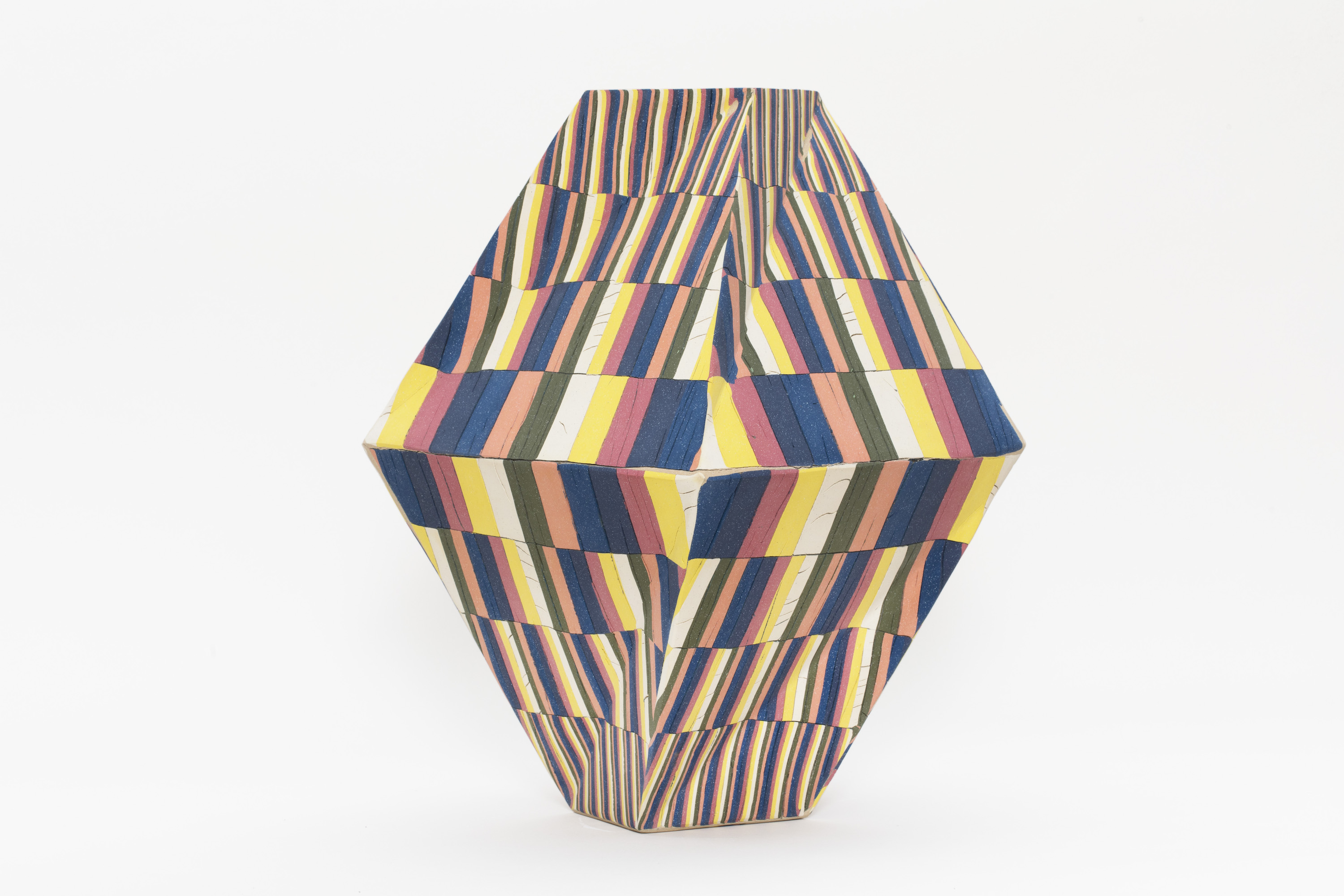 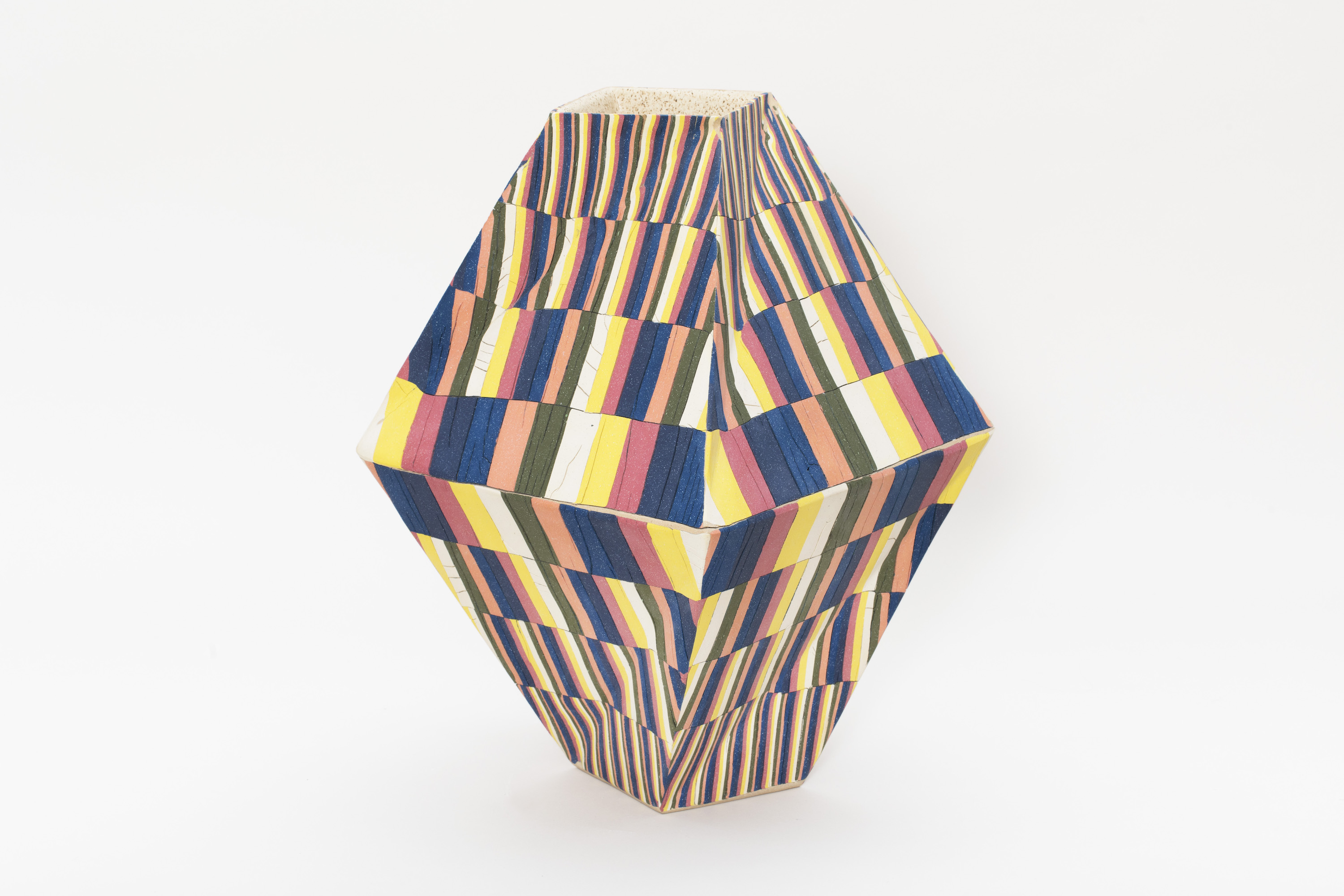 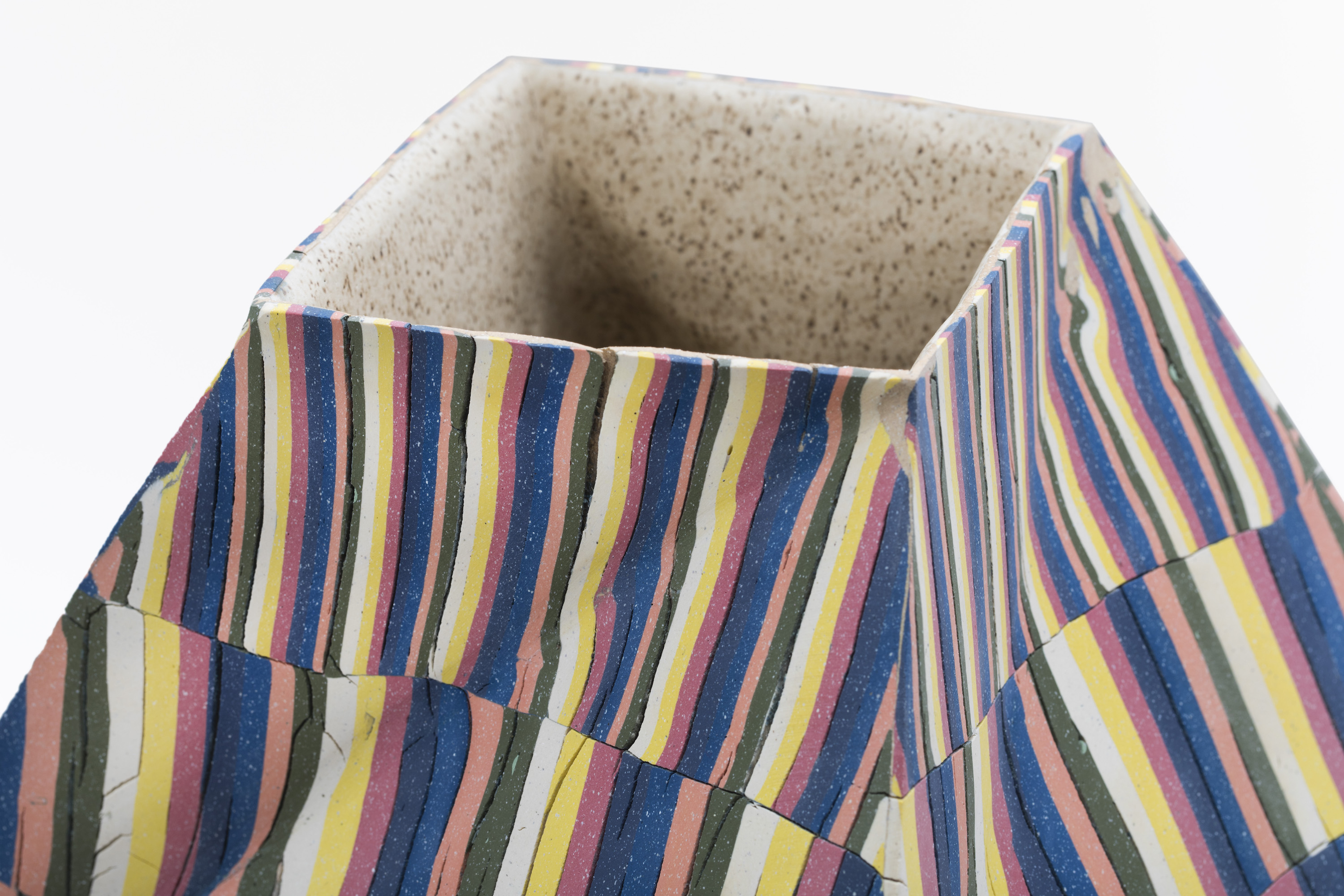 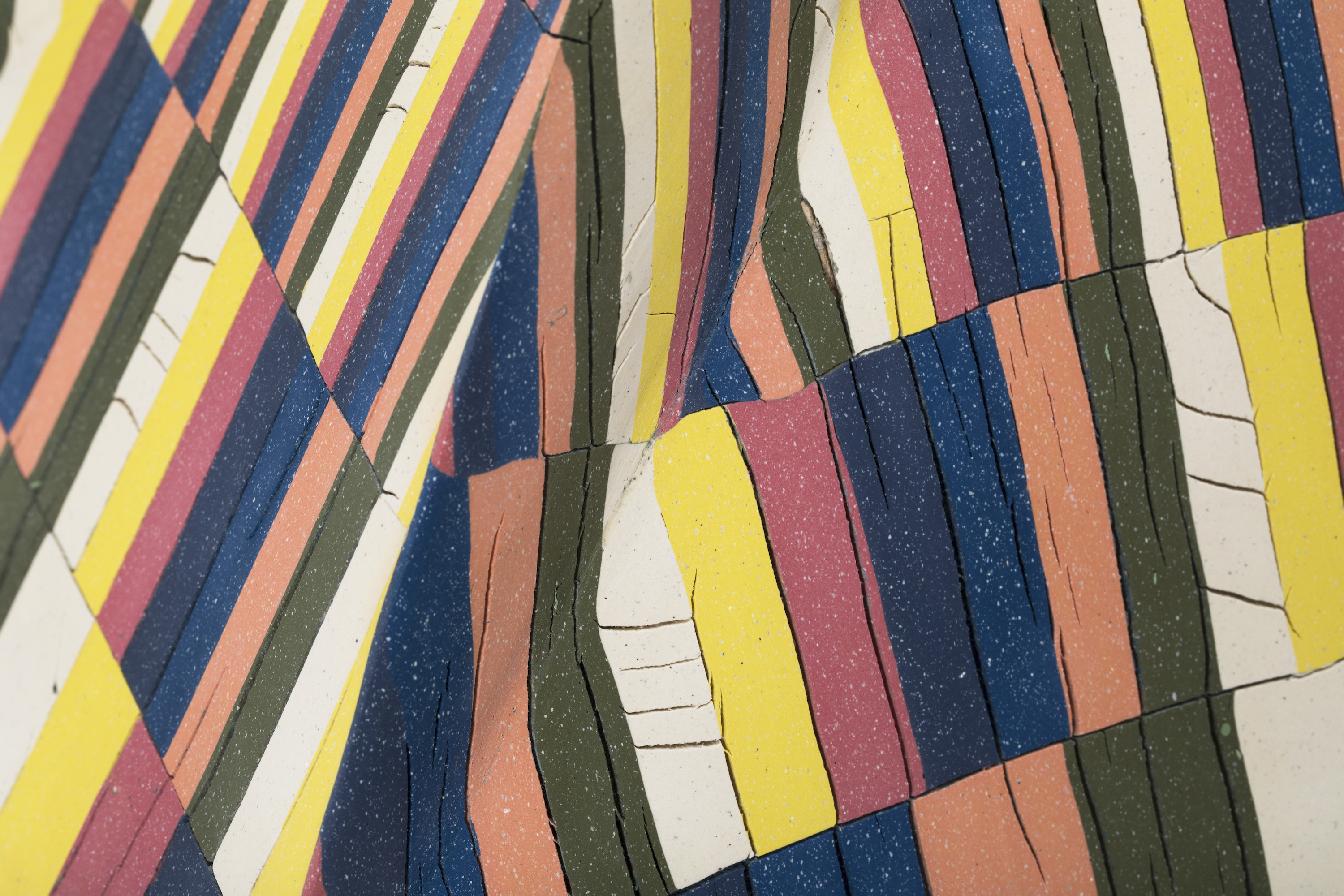 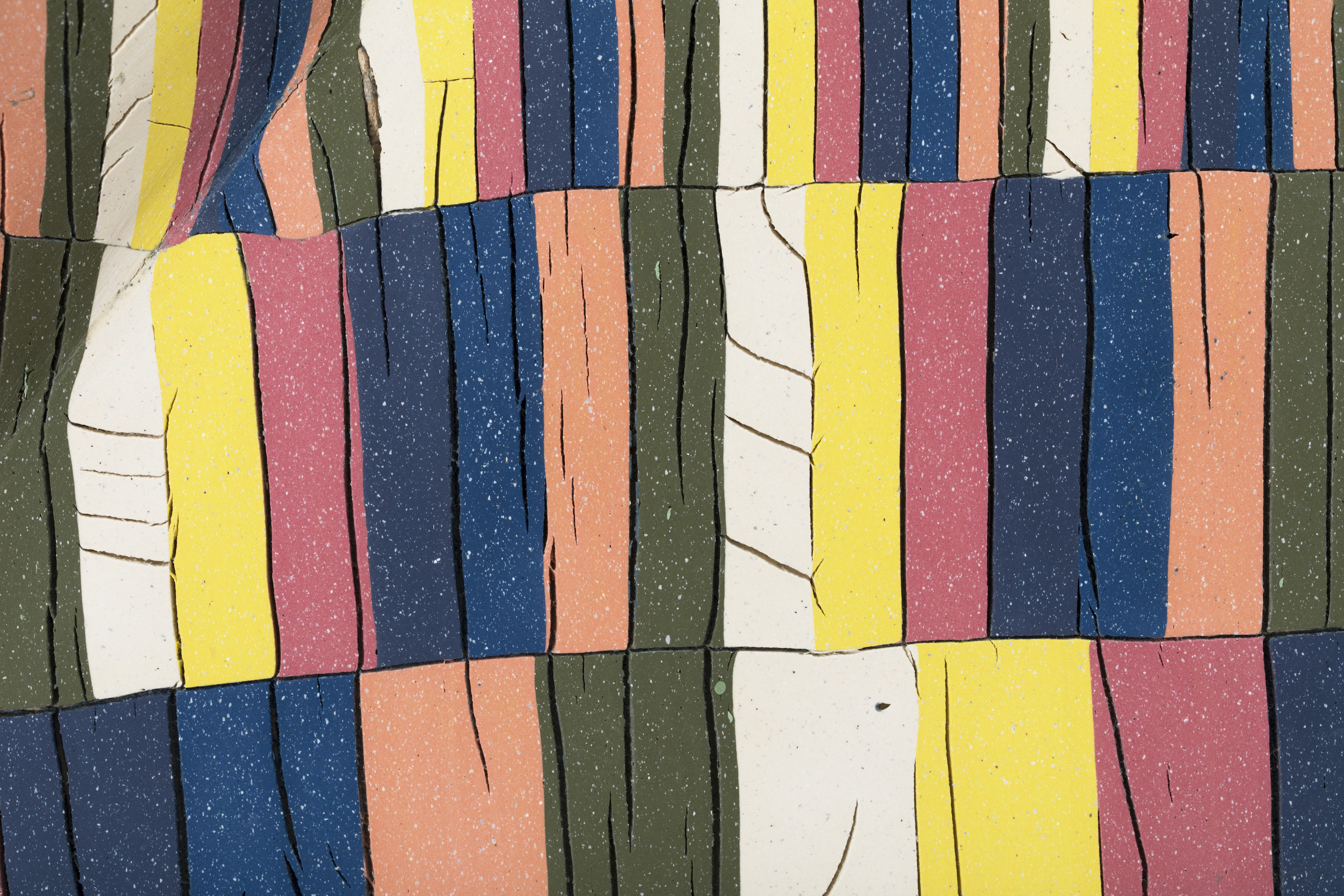 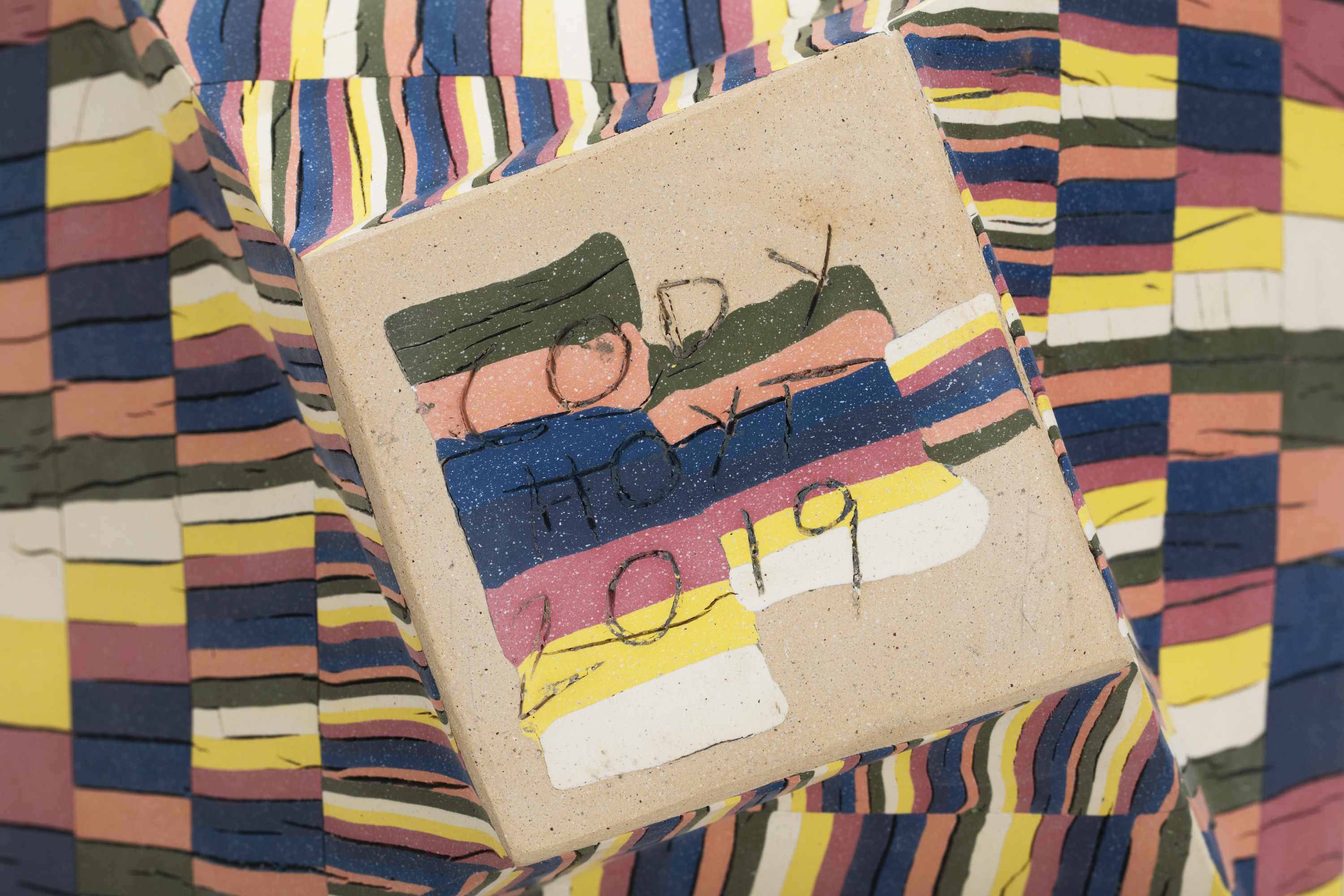 Signed on underside of base

Untitled Vessel (Twisted Box) is meant to be viewed as a comprehensible progression of choices of material and expression that coalesce into a finished object that is hopefully greater than the sum of its parts in terms of aesthetic and experiential value.

The pattern is based on a series of straight lines and right angles; choices meant to be primary and fundamental. It is a visual metaphor for structure. There is a simple logic to its arrangement and progression....READ MORE

There is no line to differentiate the elements- the pattern is assembled from blocks of colored clay. The colors were chosen specifically and manually mixed into the clay as a primary step. During its construction, the pattern is built flat and then “folded up” into its present shape. In its final form the clay, the color, the pattern and the shape of the vessel are all one and the same. The angles are meant to add dissonance but the form is still “logical”. It’s sides are symmetrical and they’re roughly equivalent. The use of ceramic glaze on the inside of the vessel connects the piece with it’s material context in the hierarchy of Ceramics. This addition also emphasizes its condition as having an interior and exterior, which underscores its status as an object with an ambiguous function.

CODY HOYT brings his own contemporary sensibility to patterns that reference frescoes, tiled floors, mosaics, marquetry, and inlay design traditions. A longtime painter based in Brooklyn, Hoyt shifted his studio practice from Constructivist and Postmodernist-inspired painting to ceramics five years ago. He is now making large vessels which allow him to bring his complex compositions into three dimensions with invented handbuilding techniques that push the boundaries of traditional slab construction. Hoyt describes his practice as process-based, which involves rigorously drawing each piece over and over, hand-marbling clay, and constructing highly individualized formwork. His forms originate from slabs that recall origami, the machine age and cubist space.