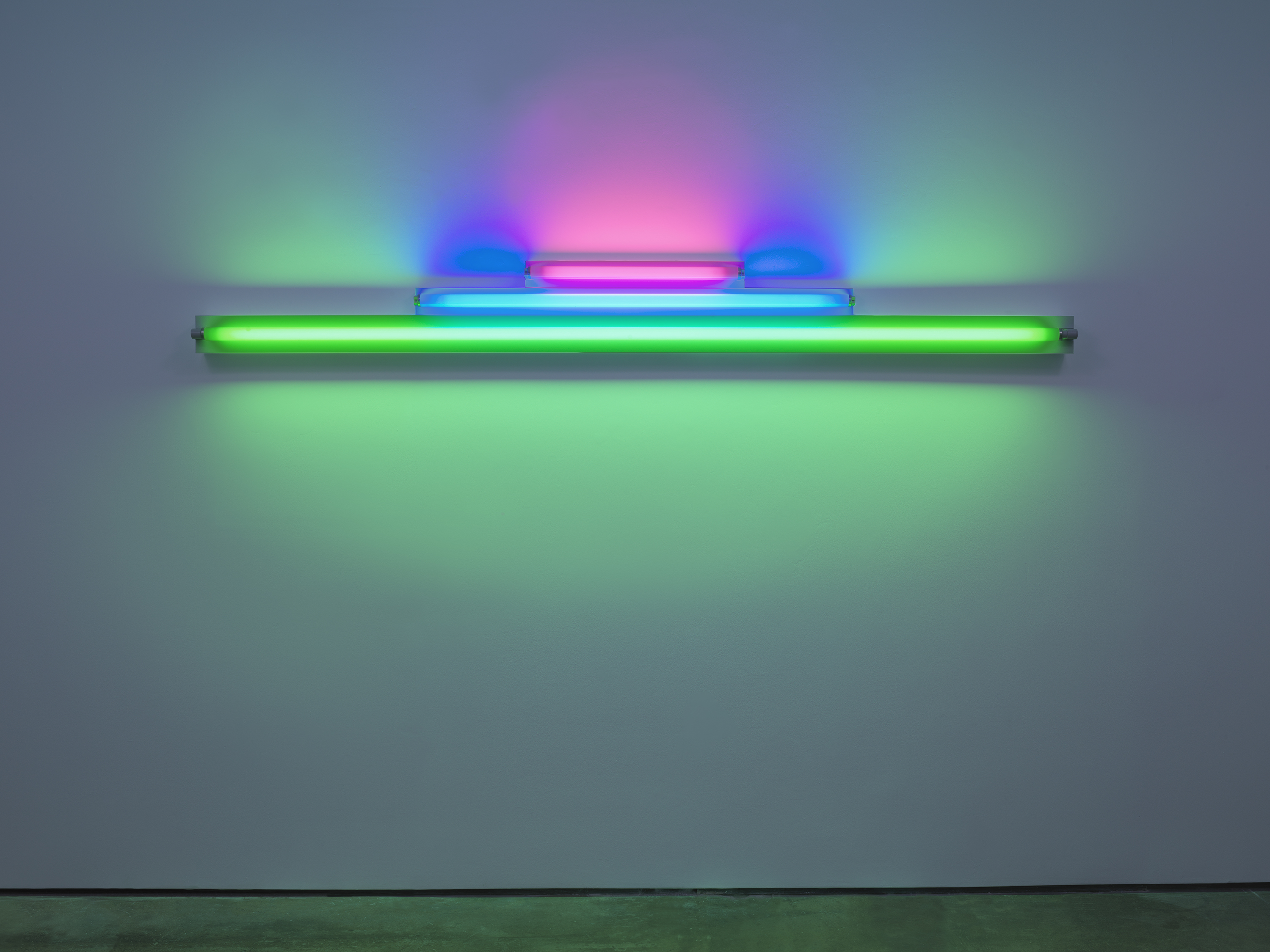 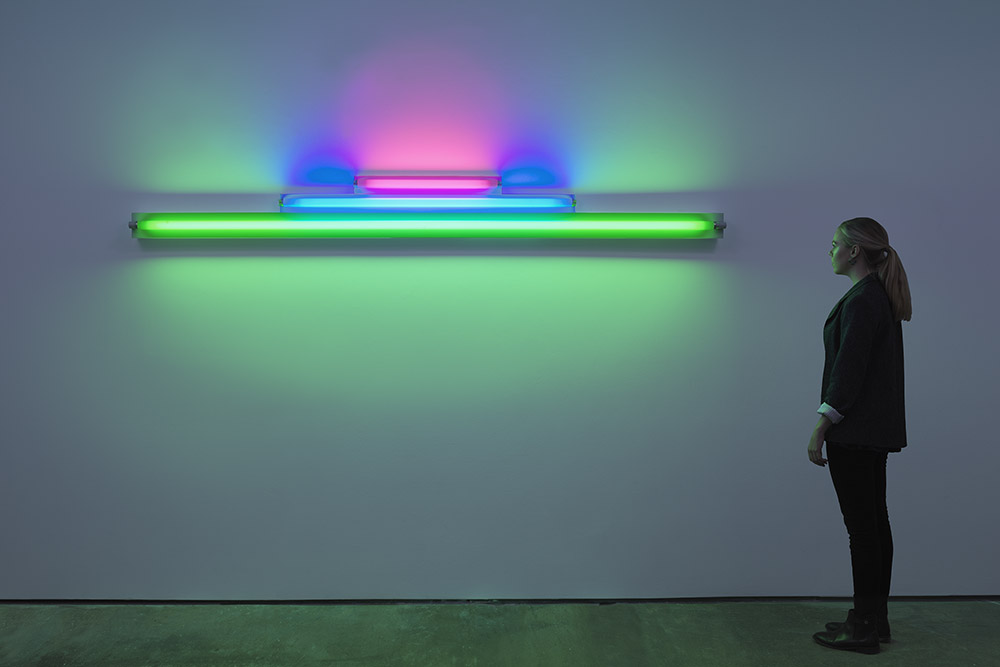 Untitled (in memory of Josef Albers) 1

From its inception, Flavin’s art was especially sensitive to arrangement and context, and this quickly led to his thinking in terms of whole-room installations—an idea that radically altered the course of art-making in the 1960s.”(1) This is one of two works dedicated to the artist Josef Albers, who passed away in 1976. When installed for exhibition, the two works were placed side by side to form a continuous length of light....READ MORE

From 1963, when he conceived the diagonal of May 25, 1963 (to Constantin Brancusi), a single gold, fluorescent lamp installed diagonally on a wall, until his death in 1996, Dan Flavin produced a singularly consistent and prodigious body of work that utilized commercially available fluorescent lamps to create installations (or “situations,” as he preferred to call them) of light and color. Through these light constructions, Flavin was able to literally establish and redefine space. The artist's work—which ranges in scale from individual wall-mounted and corner constructions such as the present work to large-scale works, in which he employed whole rooms or corridors—testifies to his recurrent preoccupation with architecture. Flavin, as Michael Govan notes, “ultimately went beyond the idea of specific objects to implicate the entirety of the architecture that contained his work in a three-dimensional environment.