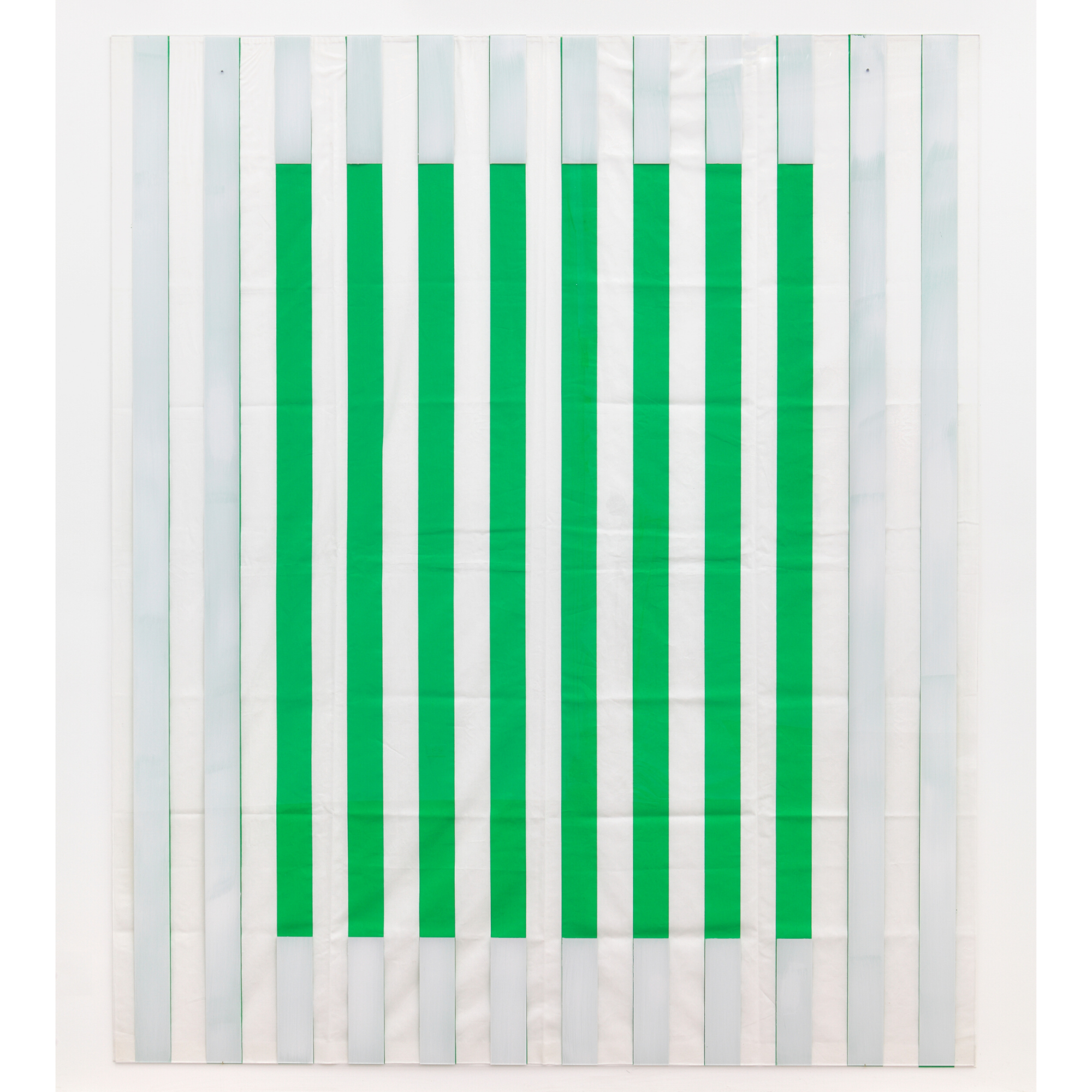 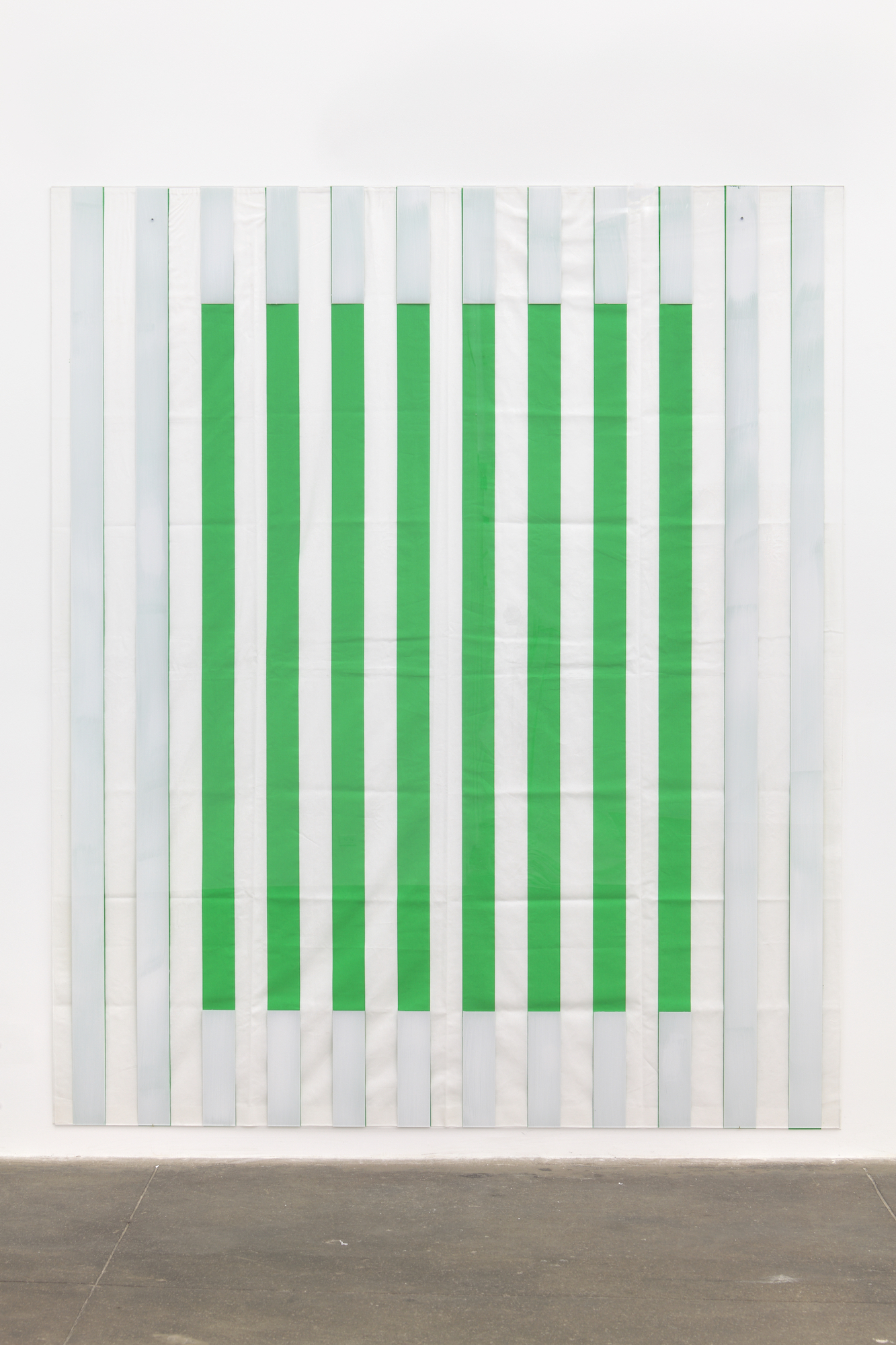 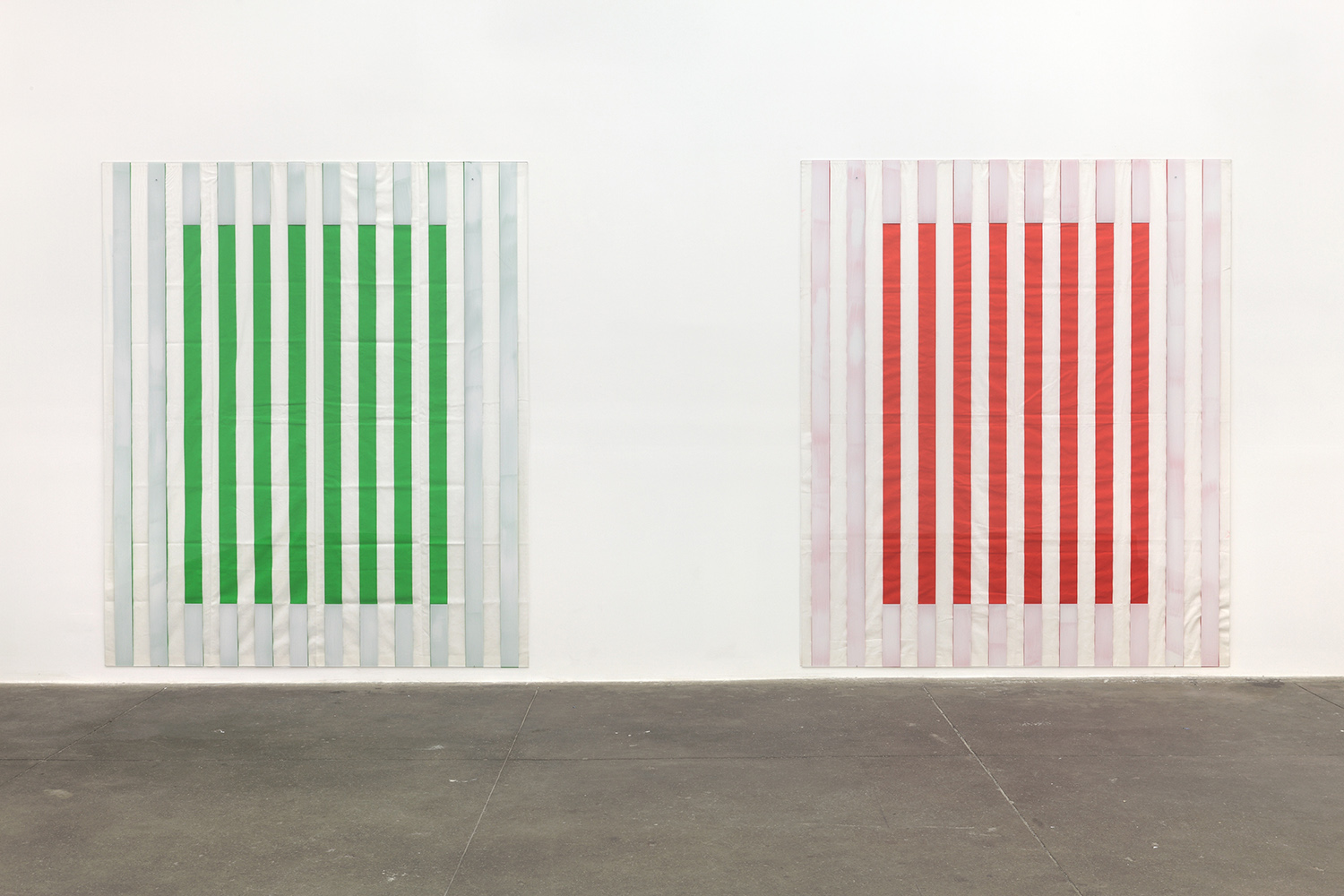 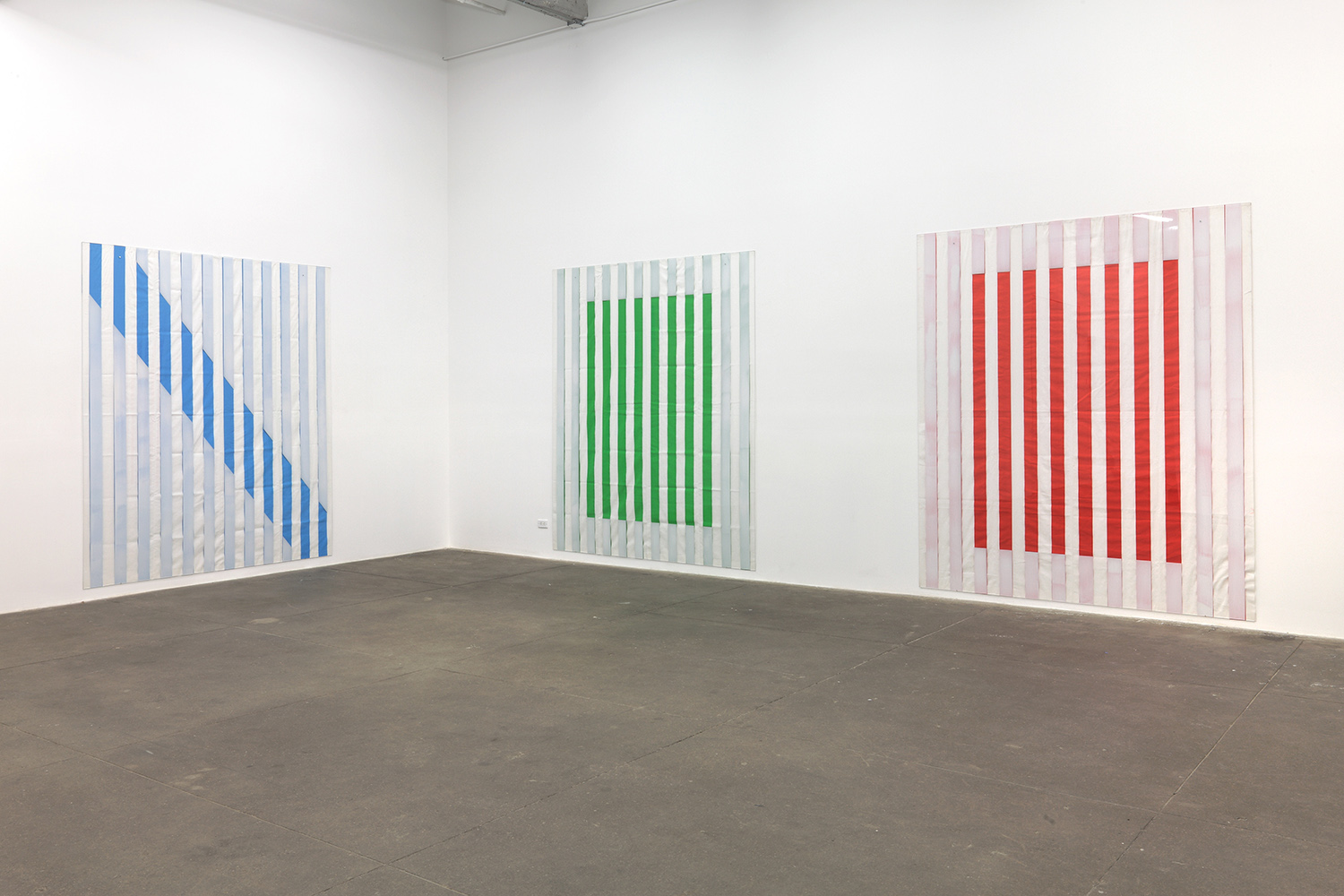 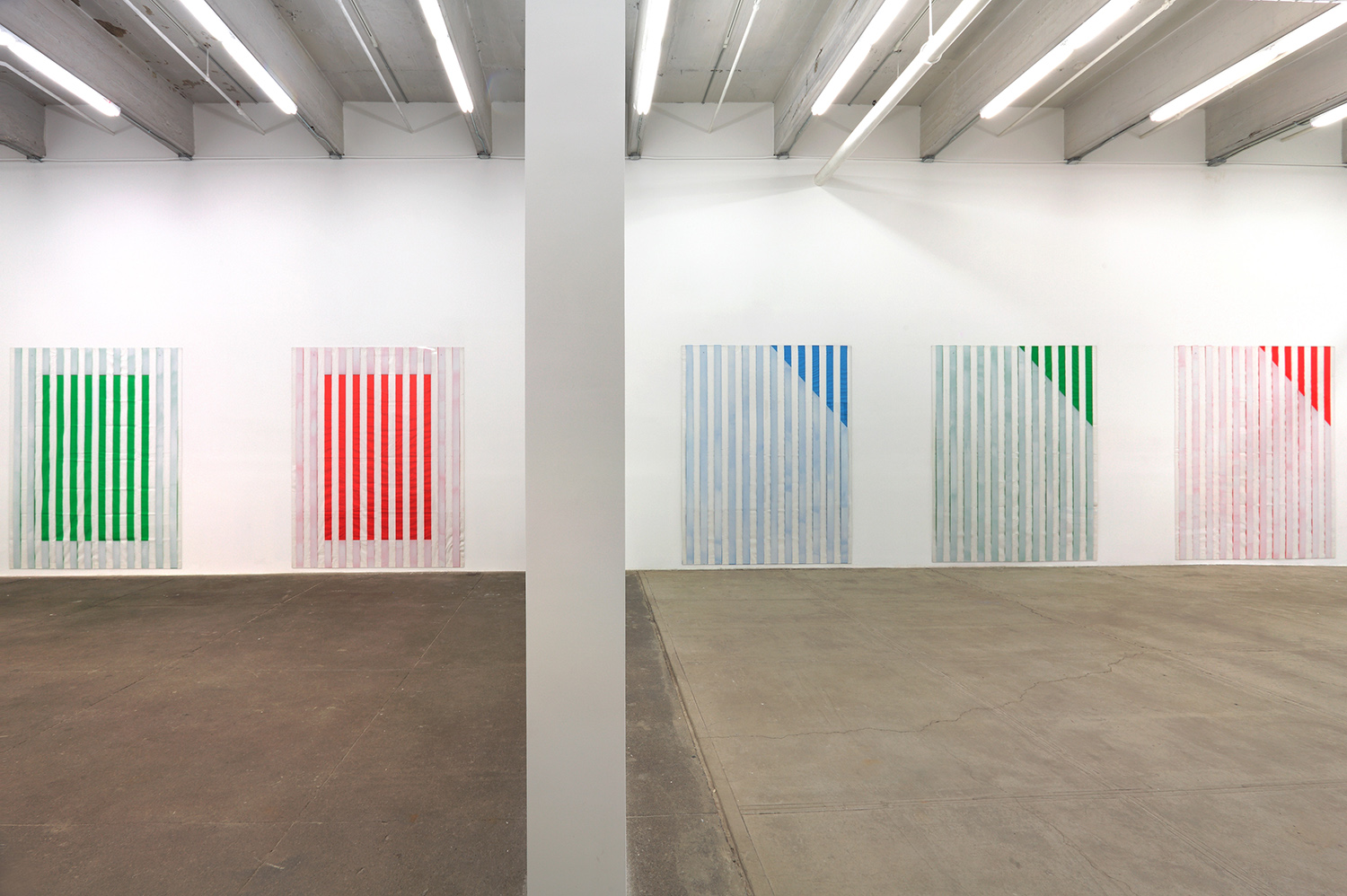 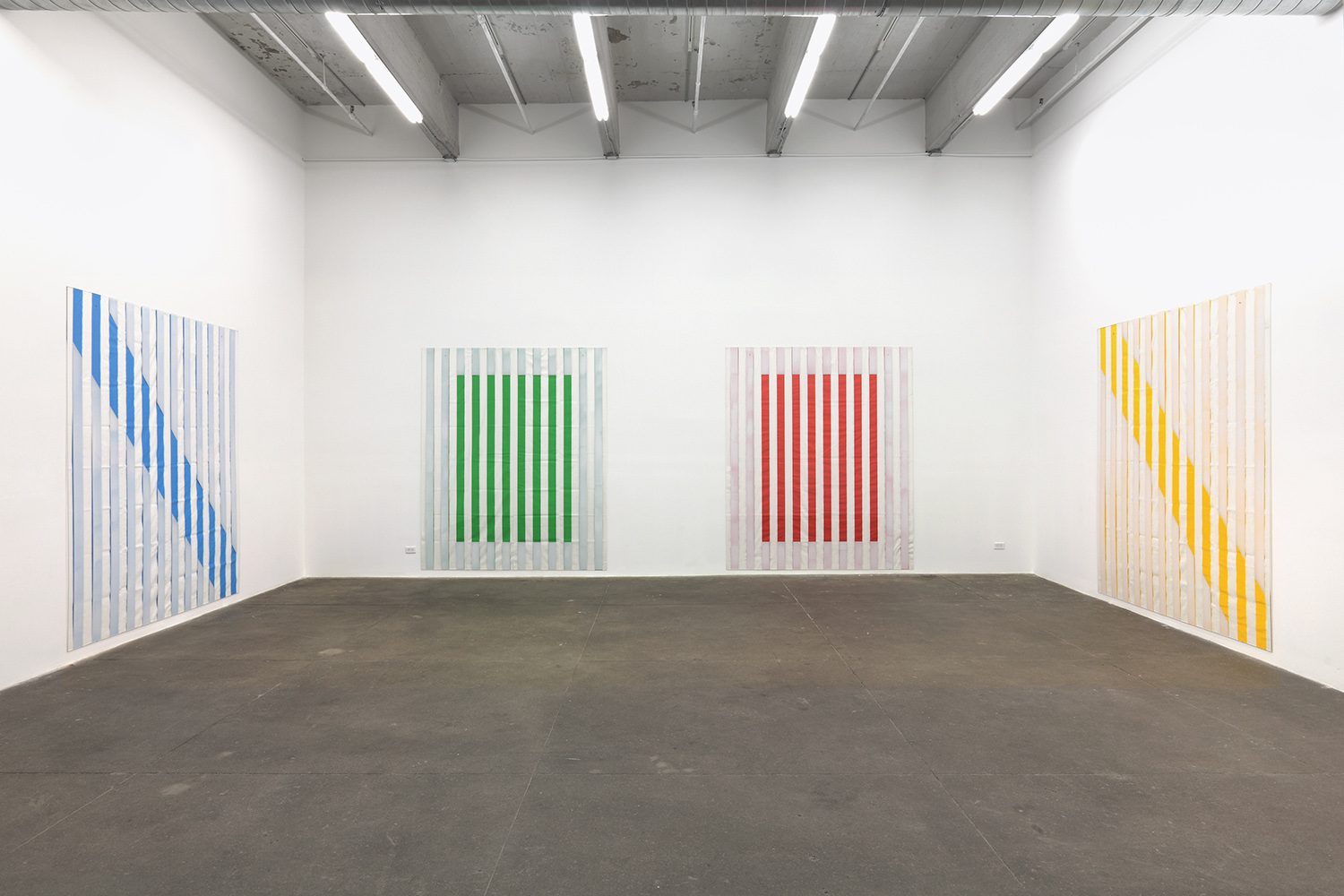 Daniel Buren has used his iconic 8.7-centimeter wide stripe for the past 50 years. The motif serves as a visual tool: a standard or unit of measurement of formal properties for the artist. No matter the nature or appearance of the location in which the works are installed, the unit of measurement remains the same...READ MORE

The canvas wedged beneath painted Plexiglas is a recent iteration of Buren’s visual tool, a series he began in 2012. While the artist abandoned painting on canvas several decades ago, the hand painted Plexiglas suggests a return of the gesture. At first, he covered the industrial fabric with painted plexi. Then, in 2013, he incorporated cut-outs, allowing more of the colored fabric to show. Now, the stripes are silkscreened on canvas and though the white paint covers the colorful stripes, the natural inconsistency of the paint allows the varied hues to peek through.  The silkscreened canvas in his latest series includes works of various colors, such as white and blue, white and black, white and yellow, white and red, white and green, and white and grey.

Daniel Buren (b. 1938, Paris) works and lives in situ. He has been the subject of major museum exhibitions worldwide and his work is included in prestigious international private and public collections. Buren has exhibited in the Venice Biennale more than 10 times and was awarded the Golden Lion in 1986. He participated in Documenta 5, 6, and 7. In 2007, he received the Praemium Imperiale for Painting from Japan and was selected to exhibit at Monumenta 2012 at the Grand Palais in Paris.