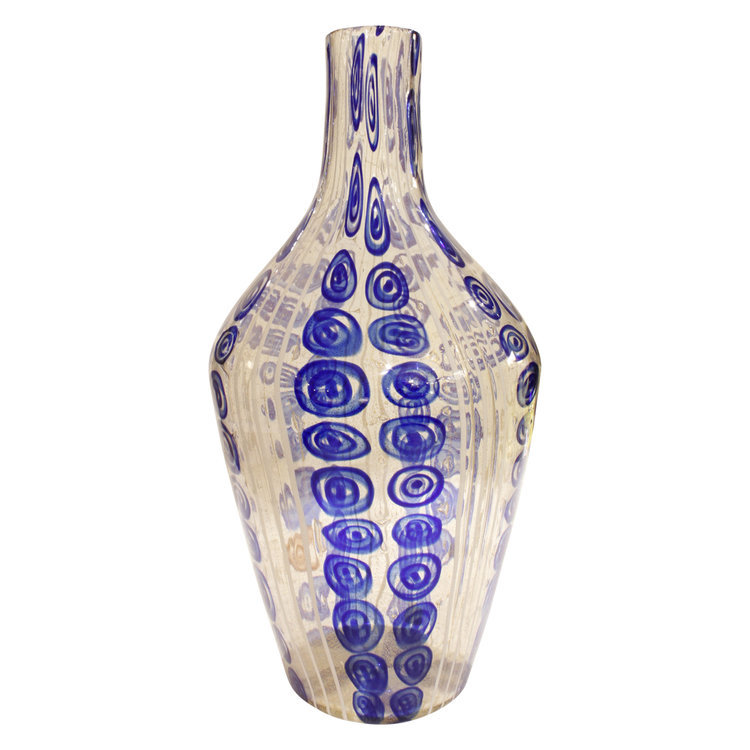 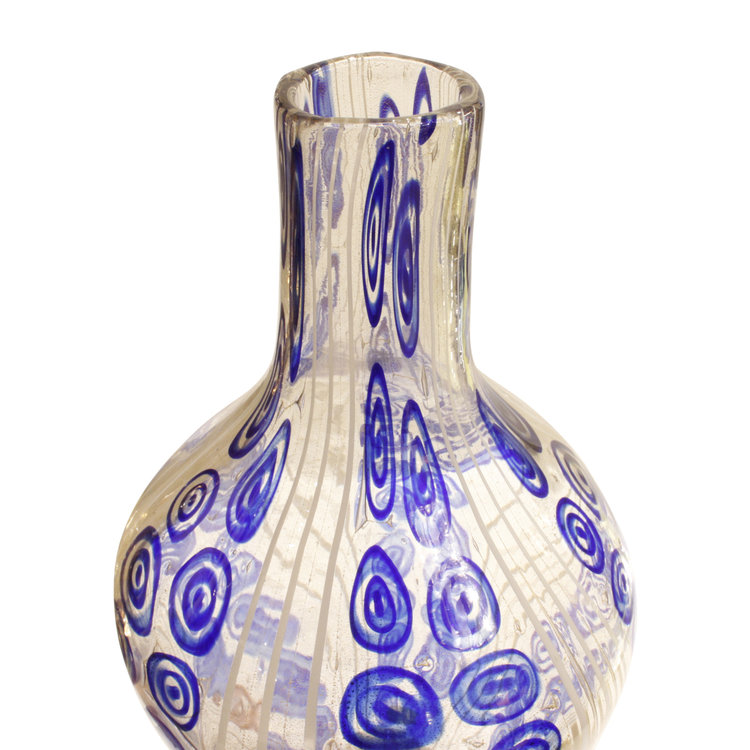 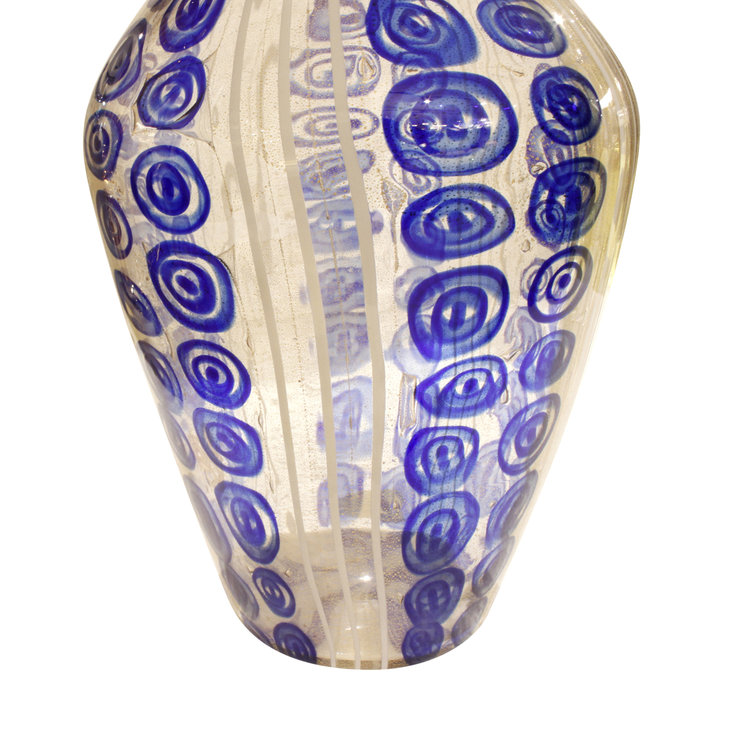 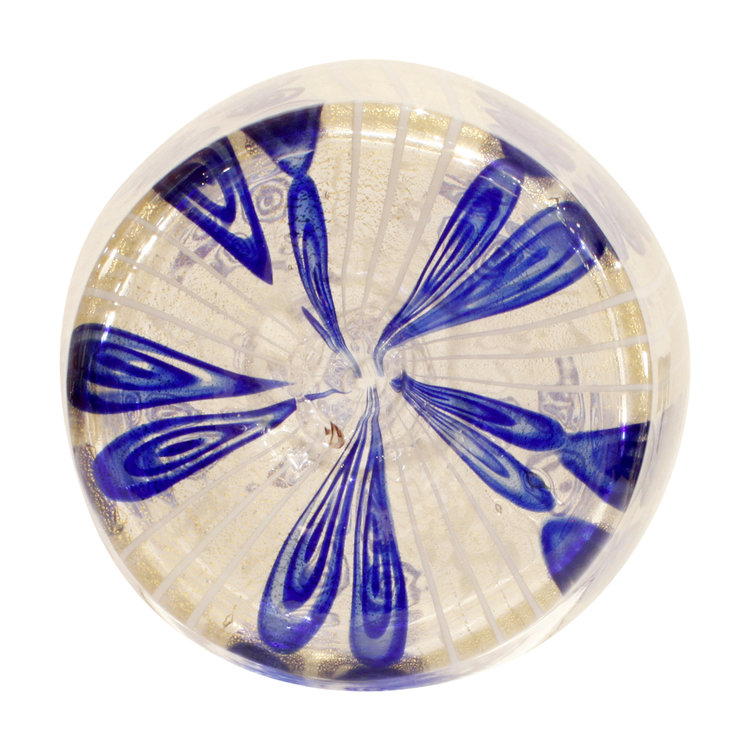 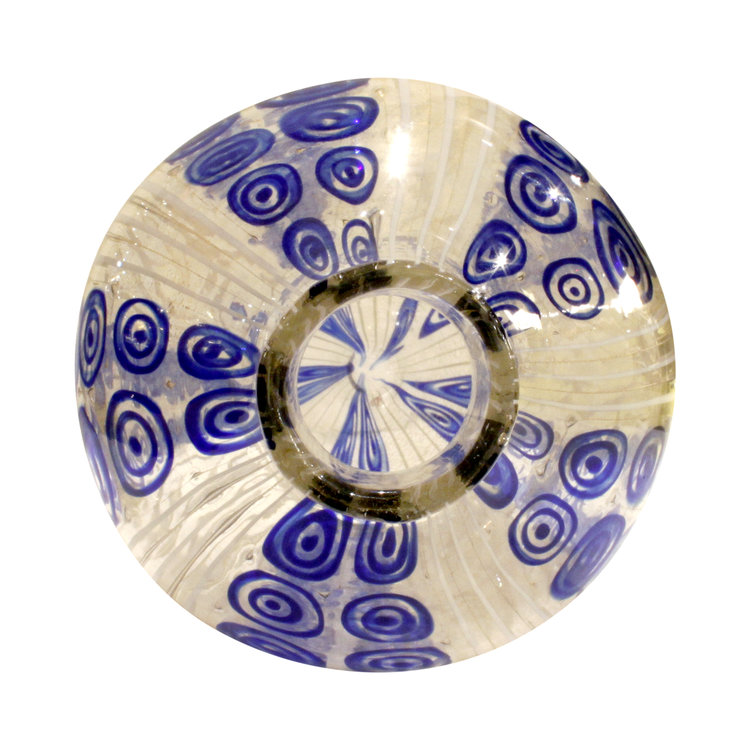 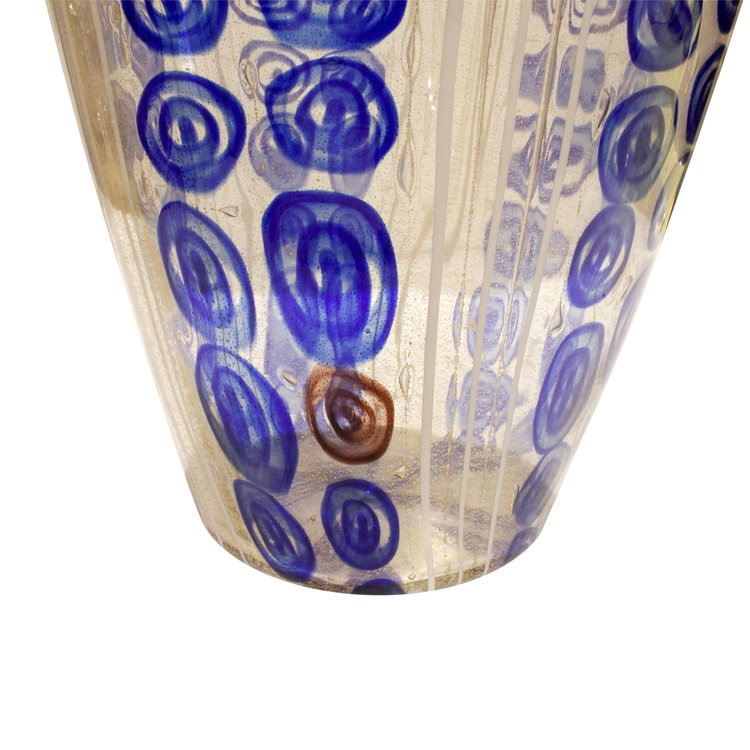 Rare and Important hand blown glass "Saturneo" vase with murrhines, white lattimo and gold leaf by Ercole Barovier for Barovier & Toso, Murano Italy 1951. This series was made in either blue or red.  This one has blue murrhines.  What makes this vase very special is that there is a single red murrhine mixed in with the blue ones.  This was unintentional and is extremely rare....READ MORE

The son of Benvenuto Barovier and a member of a centuries-long lineage in the family company, Vetreria Artistica Barovier & C. (founded in 1295), Ercole Barovier was an entrepreneur and designer. He was named the artistic director of the company in 1926, and quickly rose up the ranks of the family business. After becoming sole proprietor in 1936, he merged his family's company with the Toso family to become Barovier & Toso in 1939. Ercole Barovier invented the "heat coloring without fusion" technique, and obtained various fundamental patents. He was named Cavaliere del Lavoro by the Italian government in 1954. He was active for fifty years in the company, and amassed a portfolio of no fewer than 25,000 designs. Ercole Barovier lights, glass and designs are part of many major museums' collections around the world. His son, Angelo Barovier, took over management of the family company after Ercole's death in 1972.