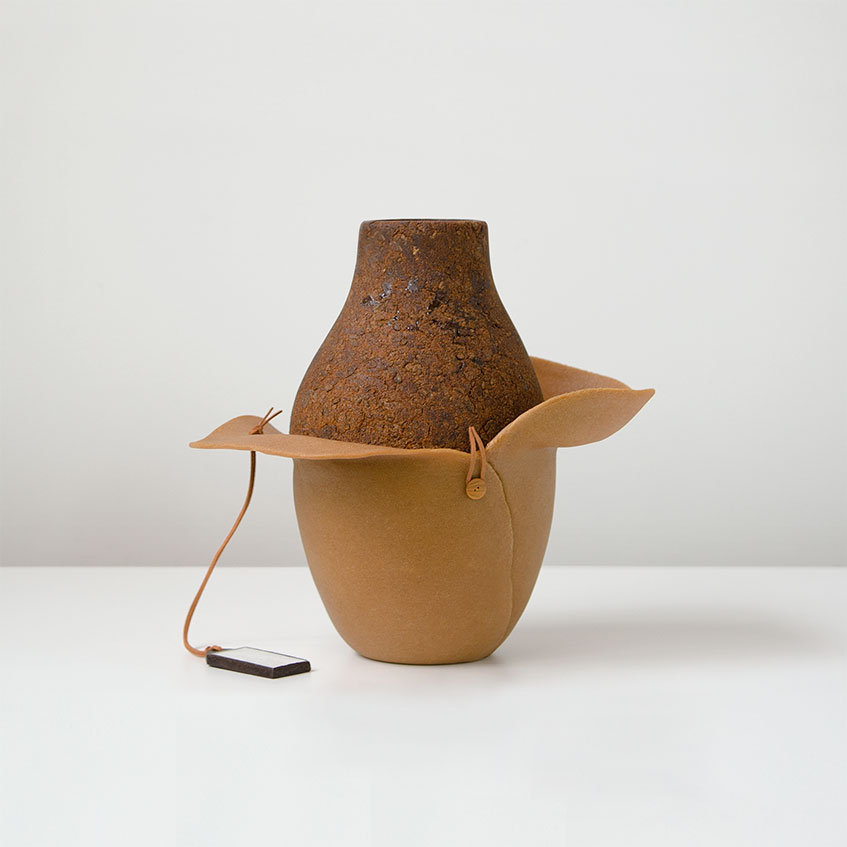 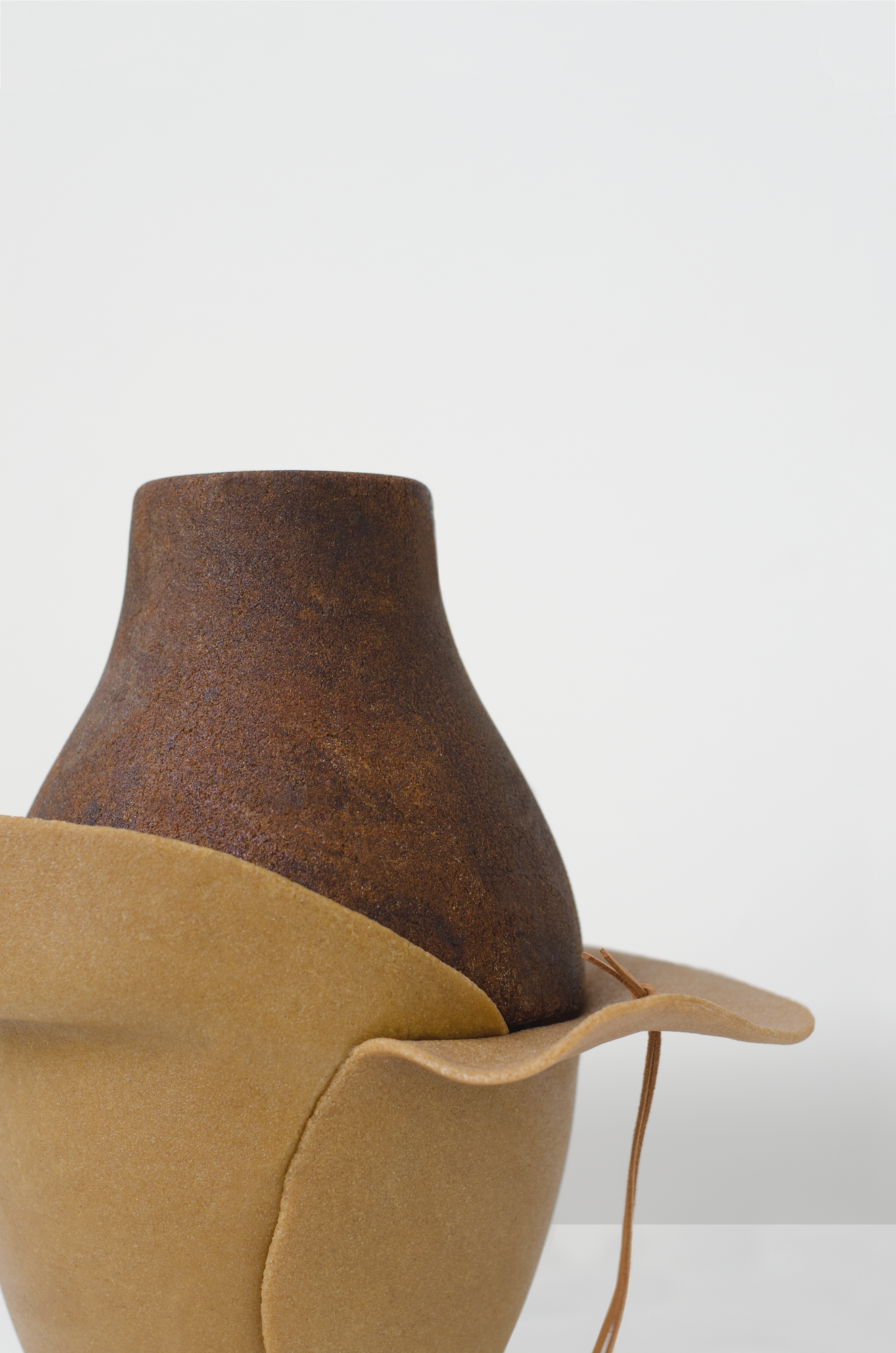 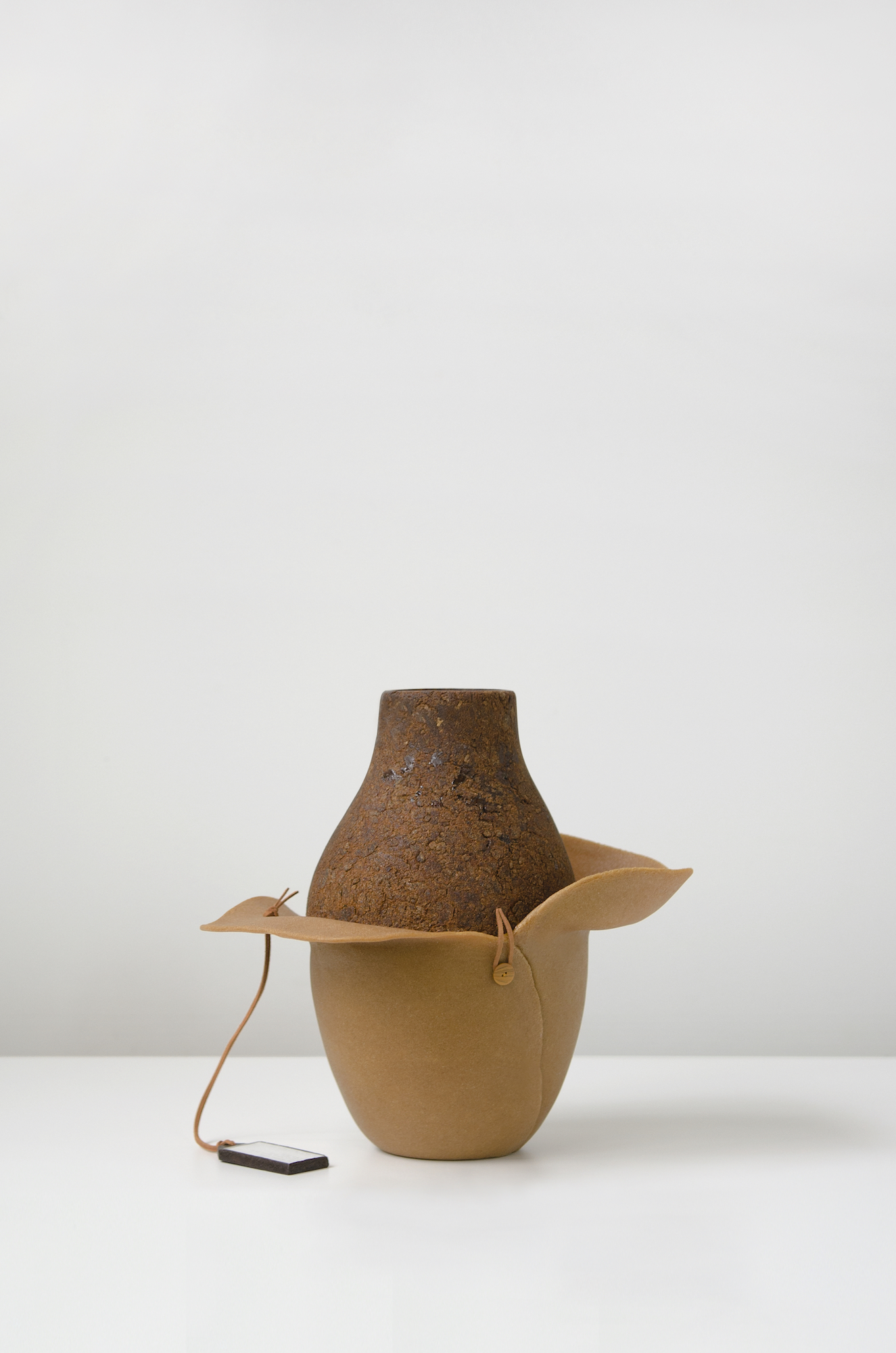 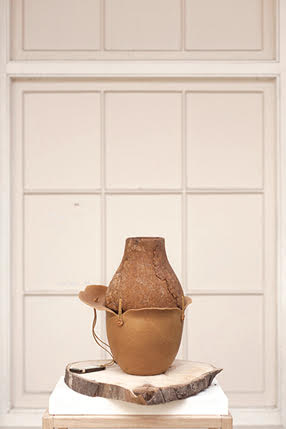 The objects displayed in the Botanica collection are designed as if the oil-based era, in which we are living, never took place. Almost like historians, Studio Formafantasma investigated the pre-Bakelite period, discovering unexpected textures, sensations and technical possibilities offered by natural polymers extracted from plants or animal-derivatives. The designers researched and hunted for information, digging into the 18th and 19th centuries, when scientists began experimenting with draining plants and animals in search for plasticity....READ MORE

Rosin, Damar, Copal (a sub-fossil state of amber), Natural Rubber, Shellac (a polymer extracted from insect excrement that colonize trees) and Bois Durci (a 19th-century material composed of wood dust and animal blood), are among the materials investigated by the studio. The organic details and plant-like forms of the pieces emphasize the vegetal and animal origins of the resins, while the palette of colors is based on natural amber tones in combination with traditional materials such as wood, ceramic and metal. The natural textures and honey-like colors of the resins are reminiscent of 20th-century Bakelite objects; however, the finish and details are somewhat archaic yet contemporary. In Botanica, plastics are used as precious details, in an attempt to develop a new post-industrial aesthetic. With Botanica, Studio Formafantasma offers a new perspective on plasticity, reinterpreting centuries-old technology lost beneath the flawless surface of mass production.

Andrea Trimarchi (1983) and Simone Farresin (1980) are Studio Formafantasma, an Italian designer duo based in Amsterdam, The Netherlands.

Their interest in product design developed on the IM master course at Design Academy Eindhoven, where they graduated in July 2009. Since then, Formafantasma has developed a coherent body of work characterised by experimental material investigations and explored issues such as the relationship between tradition and local culture, critical approaches to sustainability and the significance of objects as cultural conduits.