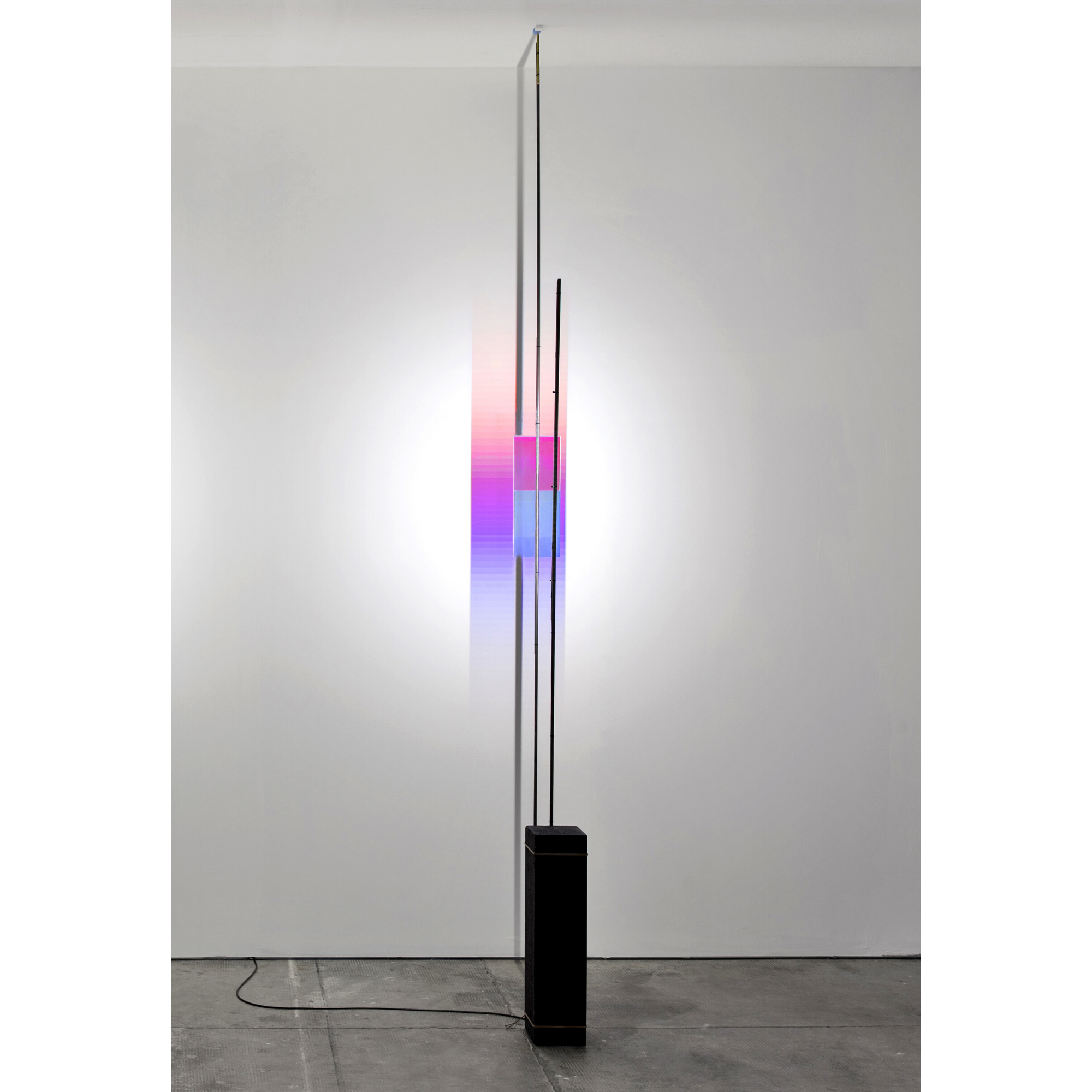 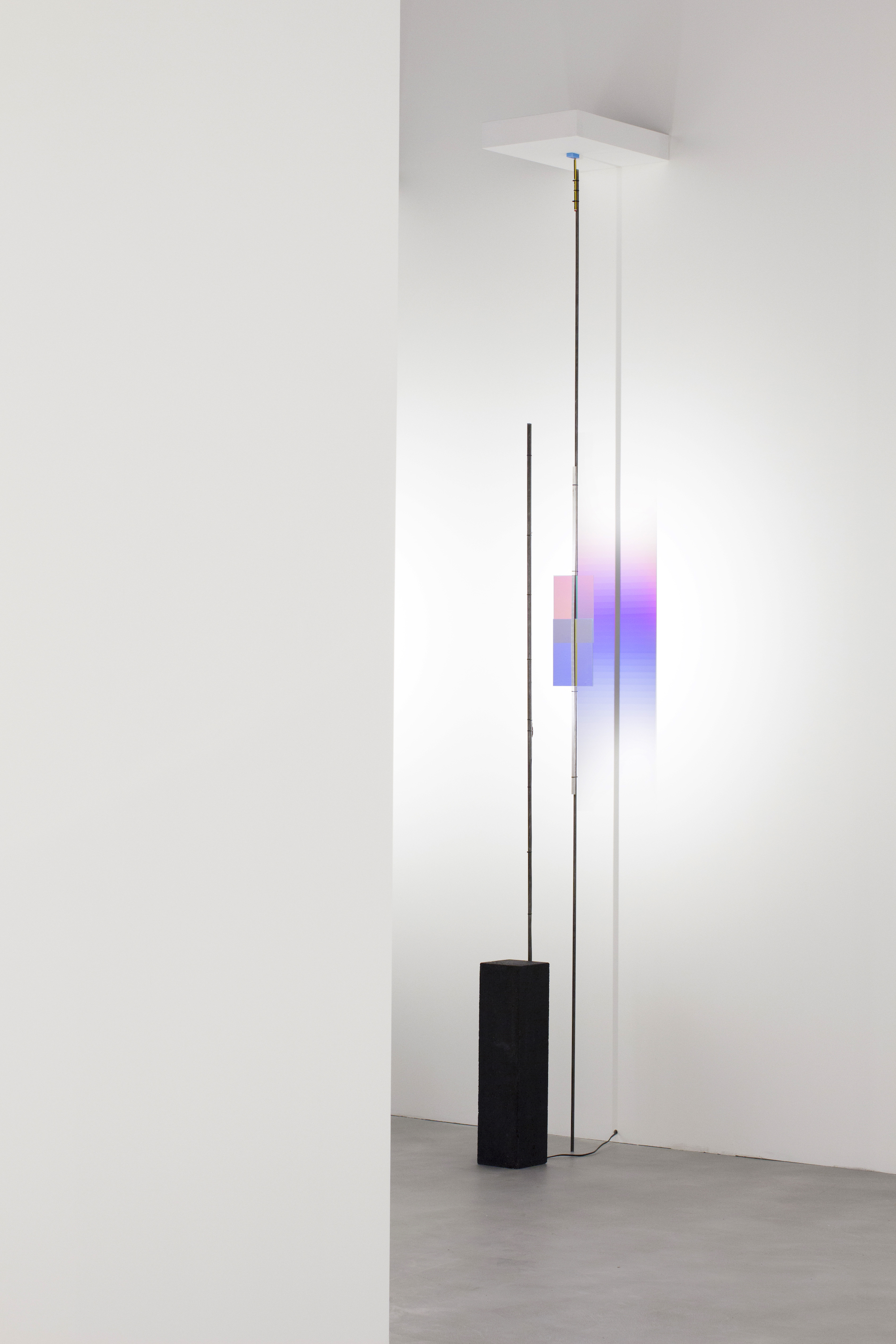 The work Colore – Test 3 (2016) reflects the designers’ interest in the functional and expressive qualities of light and demonstrates the Formafantasma’s research-based process with the aim of rethinking object typologies through material investigations....READ MORE

Designed as a three-dimensional sketch, this piece –part of a larger project- is instinctively, yet carefully assembled, using stationary (pencils and erasers) and standard industrial materials (steel rods, bricks and insulation material). The LED strip is left visible and unfiltered, embracing the punctuated light as an opportunity, rather than a limitation. The result is a meticulous investigation into the components of light —reflection, shadow, color, space — through the use of layered dichroic glass.

Andrea Trimarchi (1983) and Simone Farresin (1980) are Studio Formafantasma, an Italian designer duo based in Amsterdam, The Netherlands.

Their interest in product design developed on the IM master course at Design Academy Eindhoven, where they graduated in July 2009. Since then, Formafantasma has developed a coherent body of work characterised by experimental material investigations and explored issues such as the relationship between tradition and local culture, critical approaches to sustainability and the significance of objects as cultural conduits.

In perceiving their role as a bridge between craft, industry, object and user, they are interested in forging links between their research-based practice and a wider design industry. As a result, works by Studio Formafantasma have been commissioned by a variety of partners including Fendi, Max Mara - Sportmax, Hermès, Droog, Nodus rug, J&L Lobmeyr, Gallery Giustini / Stagetti Roma, Gallery Libby Sellers, Established and Sons, Lexus, Krizia International and Flos.