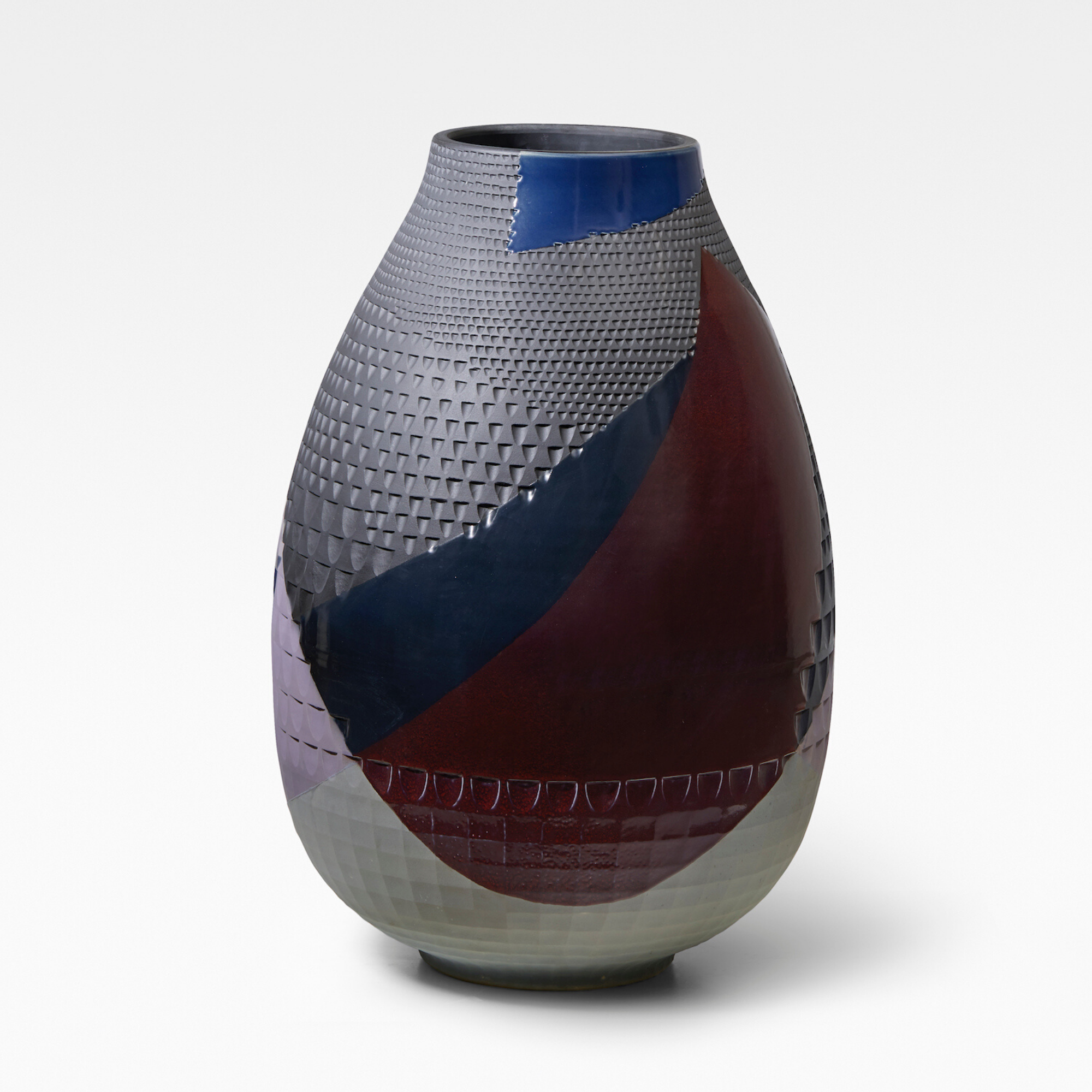 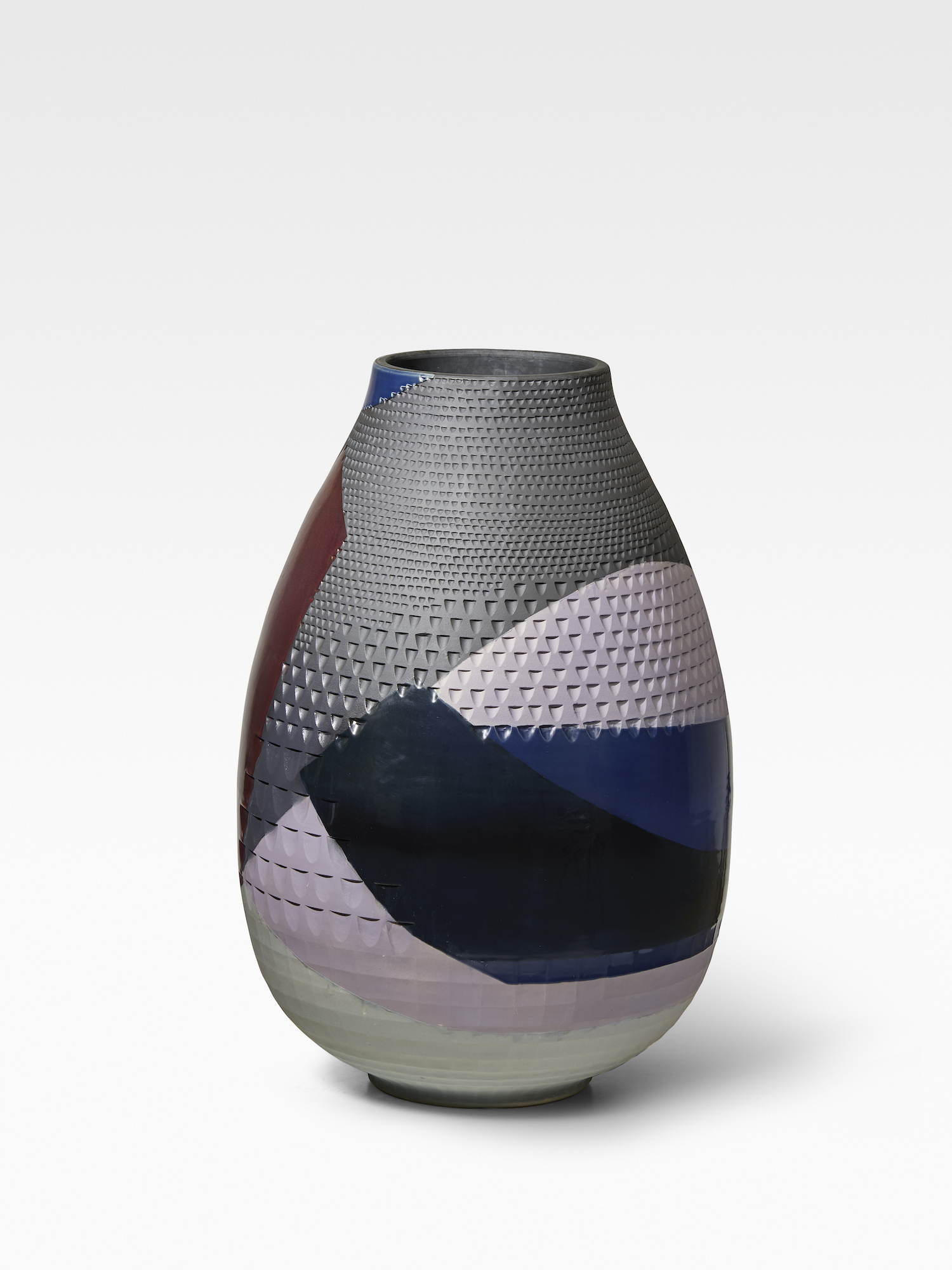 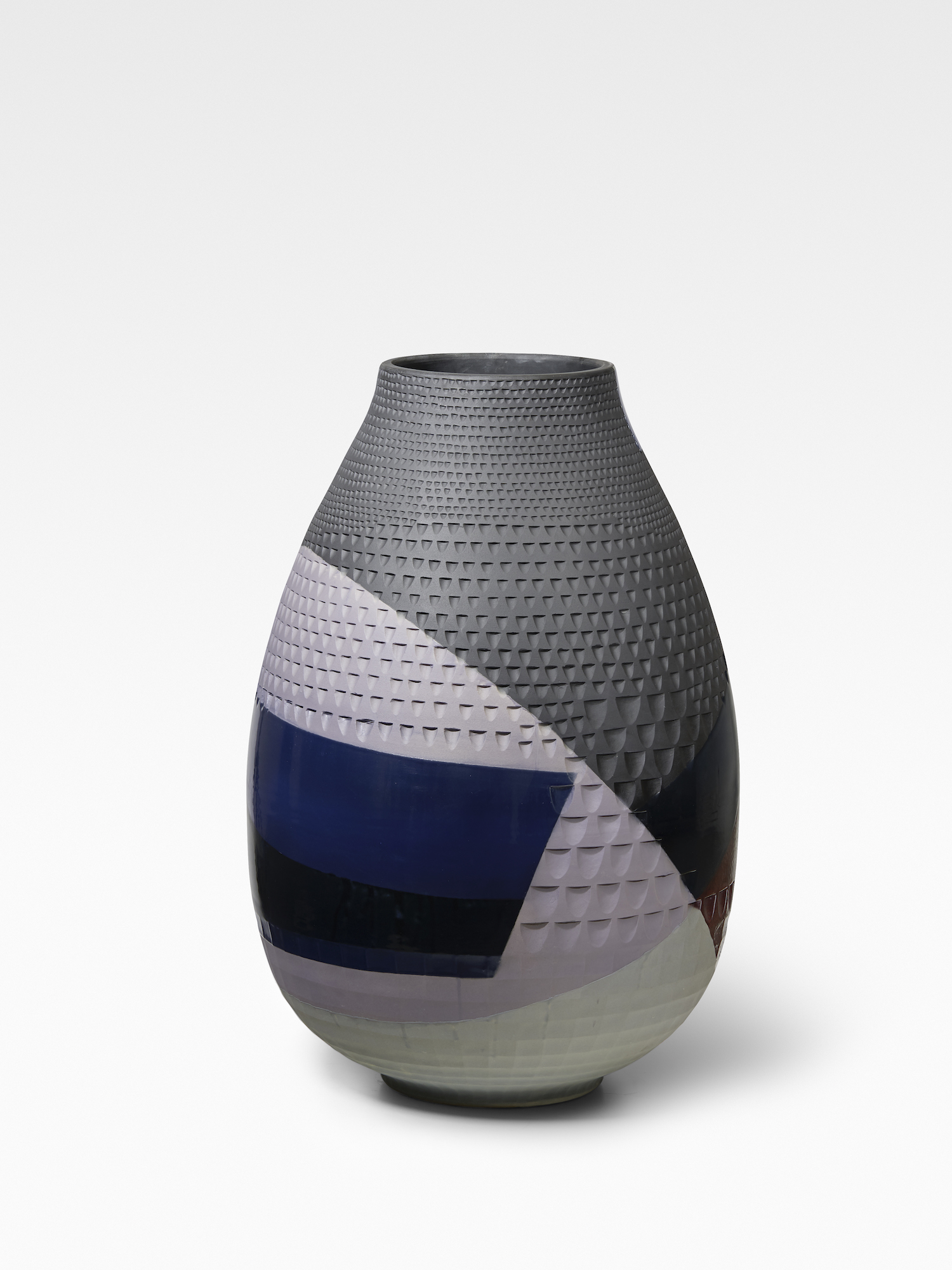 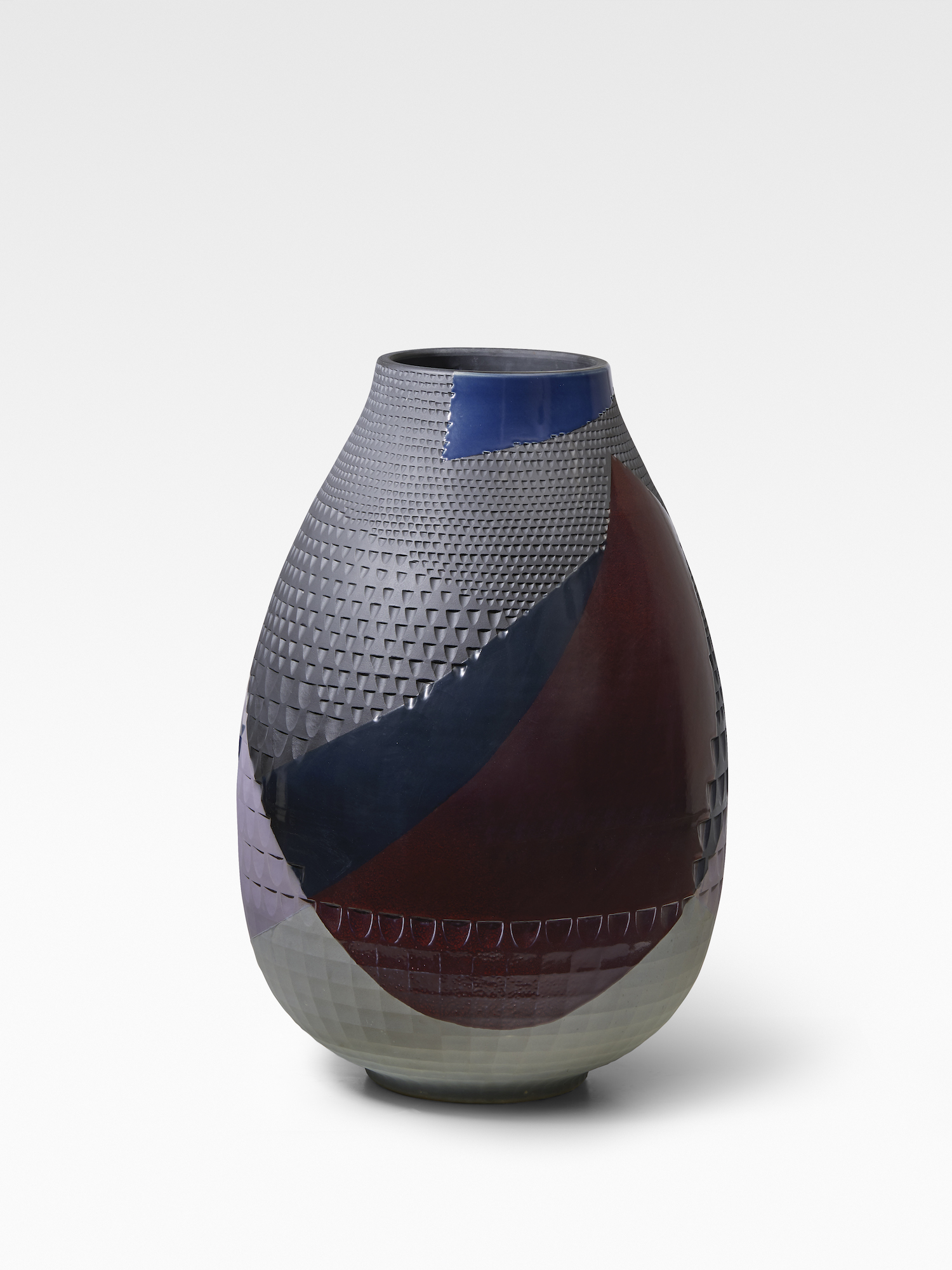 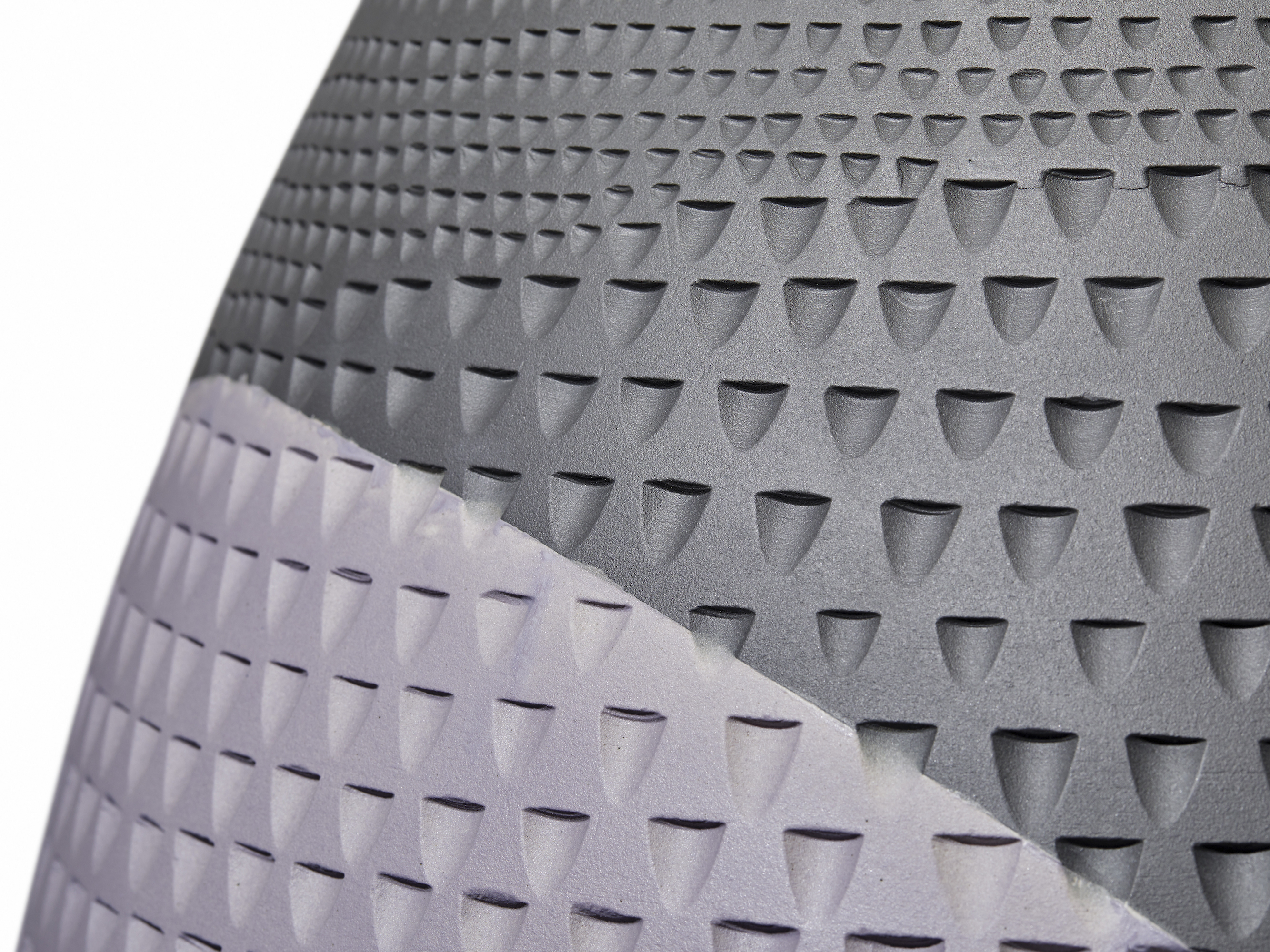 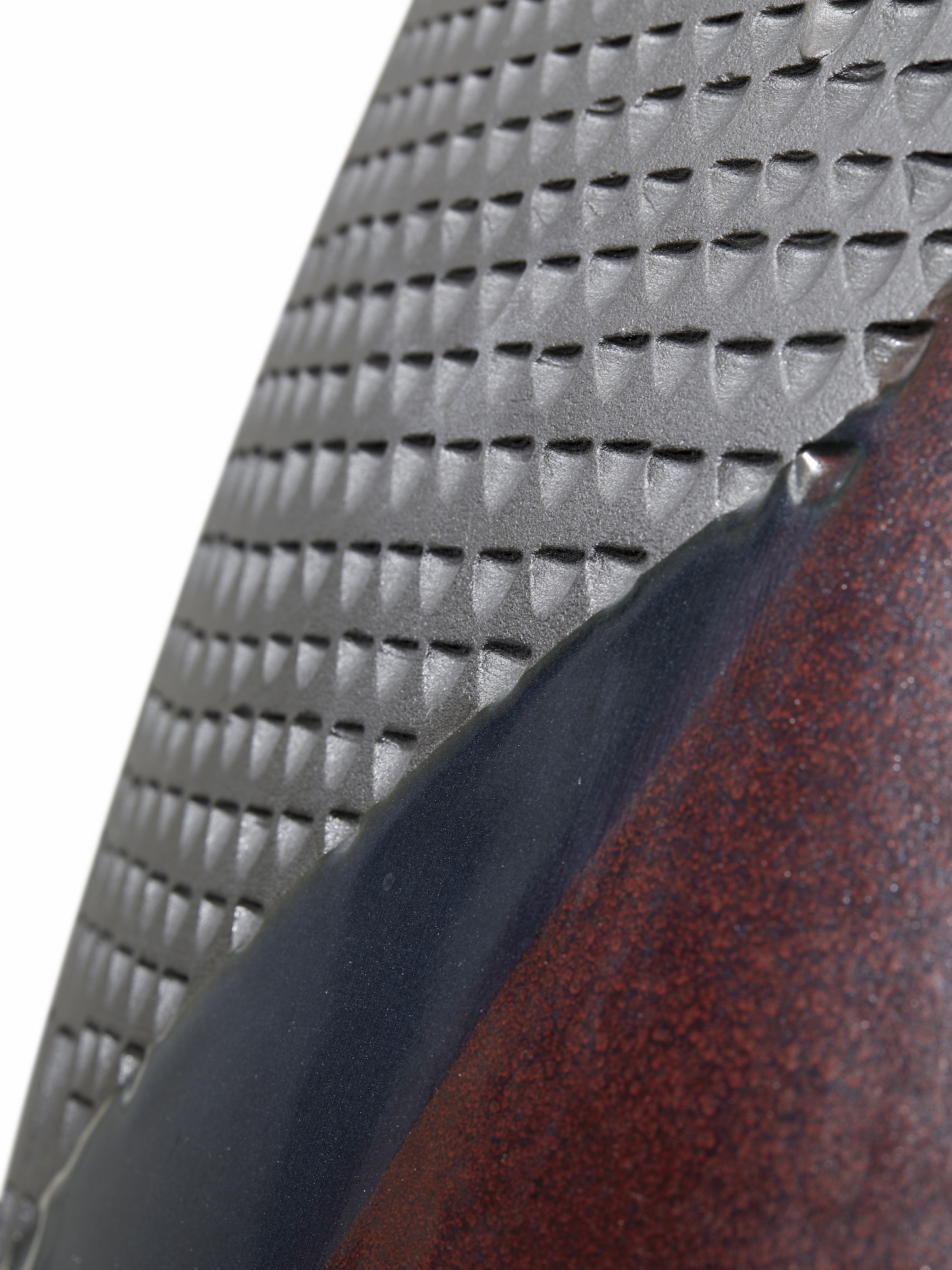 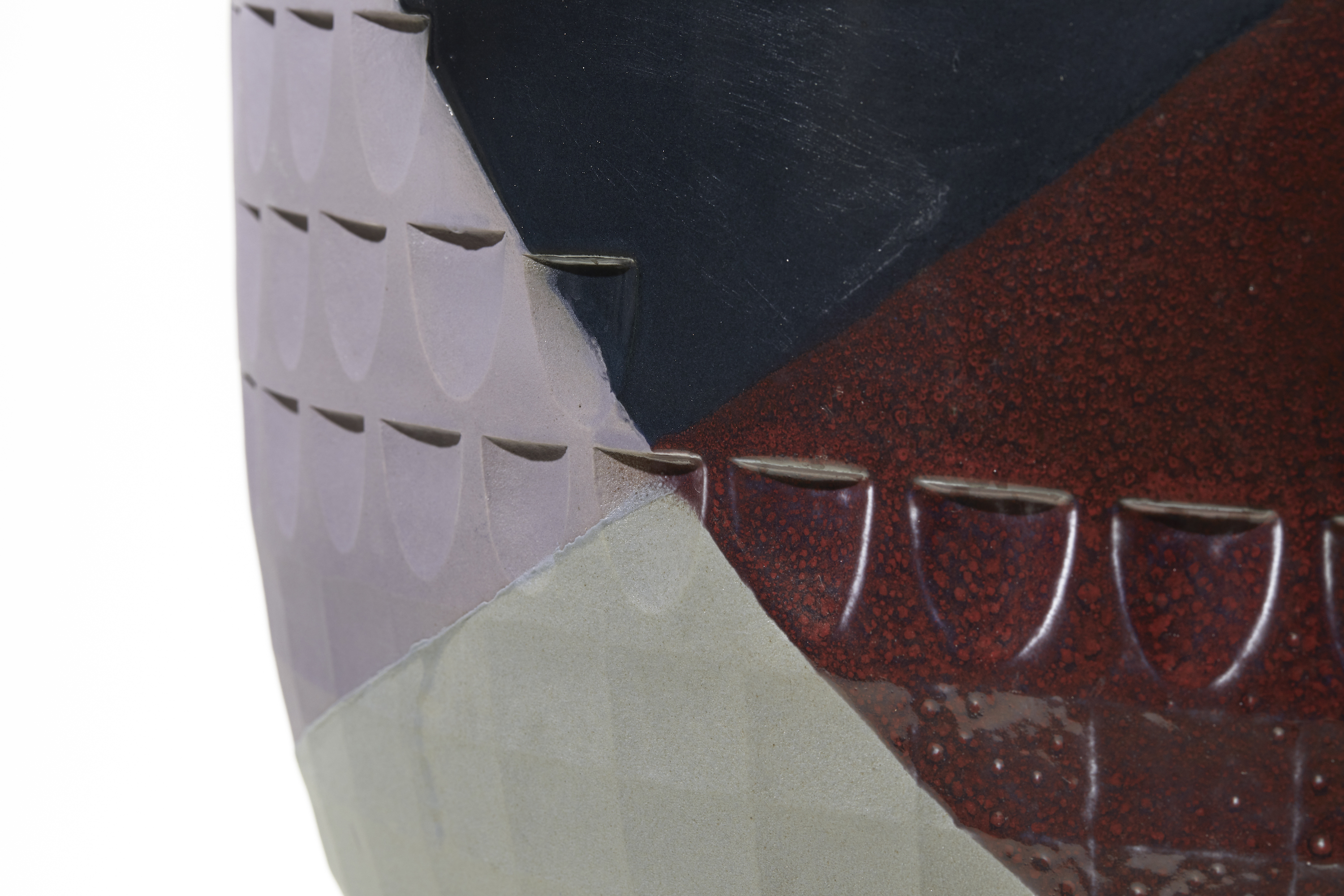 Hella Jongerius is internationally regarded as one of the most important designers of her generation. Since the 1990s, Jongerius has worked with industrial materials and processes, as well as experimenting with traditional craft techniques in ceramics, textiles and glass. By fusing craftsmanship with advanced technology and celebrating the imperfection of objects and materials, she has explored the blurring of boundaries between the old and the new, and high tech and low tech.

Jongerius believes that good design is not to be found in perfection but in the traces of the hand of the maker, individual deviations and ‘misfits’....READ MORE

Her pieces are part of the permanent collections of the MoMA, New York, the Centraal Museum, Utrecht, the FNAC, Paris, the Museum of Decorative Arts, Paris and the San Francisco Museum of Modern Art.

The Facet Bottles and the Diamond Vases are “monumental" ceramic jars. These pieces carry a mix of colors and patterns, which are quintessentially Hella. The colors are in line with her research on the color which varies around the evolution of light throughout the day. From dusk till dawn, Hella works on a multiple range of colors that evoke different hours of the day. The « Facet Bottles » and the « Diamond Vases » reinterpret the chromatic variations of Day and Night.

The Facet Bottle and Diamond Vase come from the Vamblers, three dimensional vase-like objects from folded paper, which were made as part of the colour research exhibition "Breathing Colour" at the Design Museum in London in 2017, and at the Boijmans Van Beuningen Museum in Rotterdam in 2018. The facetted bottoms of the large porcelain Facet Bottle and Diamond vase still refer to this folding technique. The faceted surfaces break the light, and the colour, in parts, allowing to better see how a colour changes depending on the location it has on the object: in the light or shadow, on a hollow or convex part. The faceted surface is combined with a textured pattern that is meticulously carved out of the porcelain by hand.

The bold and saturated colours are placed on the objects in blocks. Layers of matte and shiny glaze overlapping each other, creating layered colours. This technique of laying glazes on top of each other is also used in the Tile Tables. The Facet Bottle and Diamond Vase are made of porcelain, which is quite unusual for objects of this size. They have been produced in China, in the area of Jingdezhen where craftsmen have specialised since centuries in creating large scale porcelain vases.