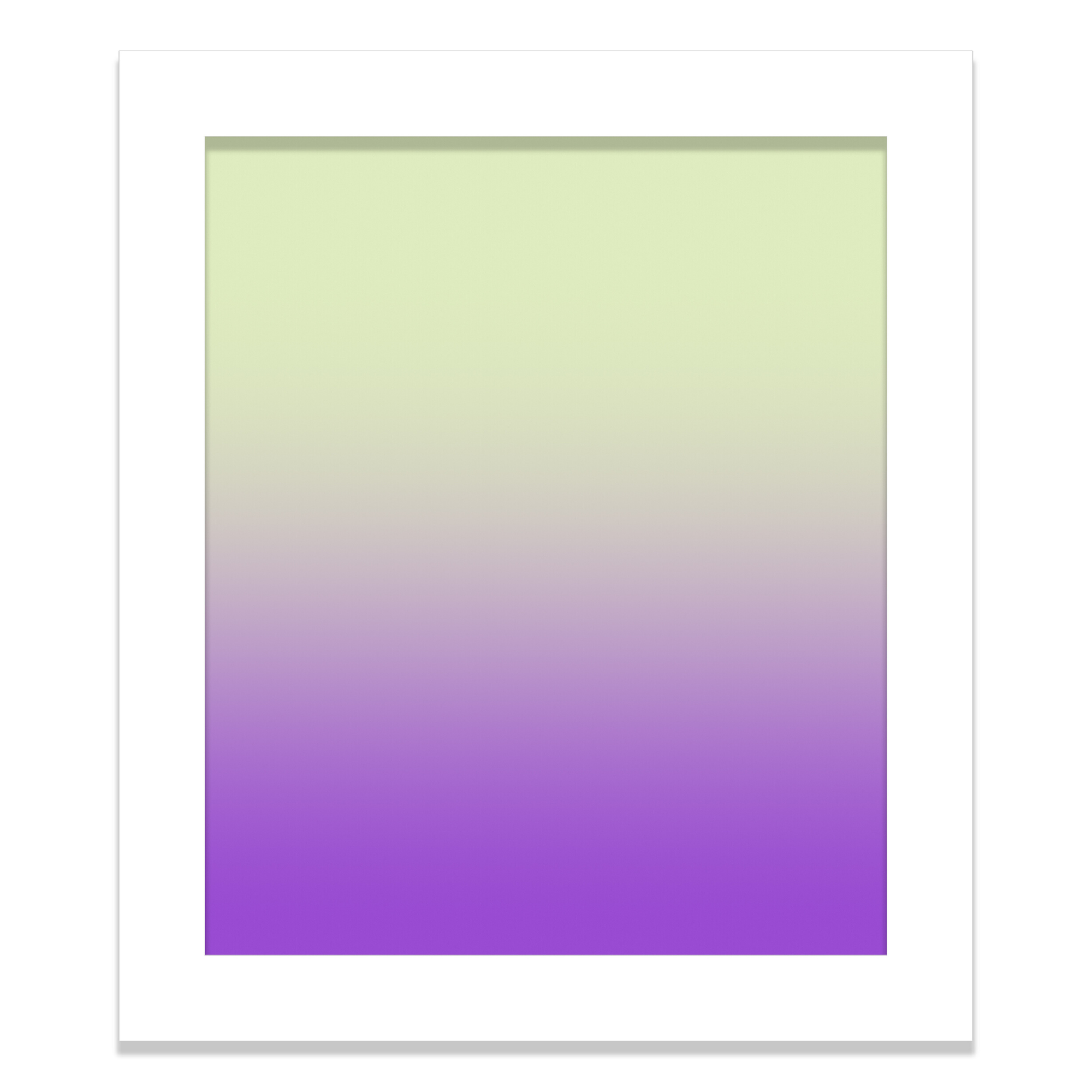 James Welling is well known for his experimental photographs, which unfold at the intersection of photography, painting, sculpture and dance...READ MORE

In his "Degradés" works (1985–present), the artist originally placed a 20 x 24 inch sheet of type-c color photographic paper beneath an enlarger, and by slowly moving a rectangle of cardboard he generated smoothly transitioning colored shadows. Beginning in 2018 he has created Degradés by digitally combining two unique files, carefully adjusting the color and amount of gradation for each work.

James Welling was born in Hartford (Connecticut) in 1951. He studied fine arts at Carnegie-Mellon University and modern dance at Pittsburgh University, then received his M.F.A. at the California Institute of the Arts (CalArts) in 1974. From 1995-2016 he lived in Los Angeles where he taught in the art department at UCLA. Since 2012, he has been visiting professor at Princeton University. In 2017 a major retrospective of Welling’s work opened at the Stedelijk Museum voor Aktuele Kunst (SMAK) in Ghent and travelled to the Kunstforum in Vienna. Major solo presentations of his work have been presented at the Hammer Museum, the Wexner Center for the Arts, the Cincinnati Art Museum, the Contemporary Art Gallery, Vancouver and the Carnegie Museum of Art, among others. In 2014 Welling was awarded the Infinity Award by the International Center of Photography in New York and in 2016 the Excellence in Photography Award by the Julius Shulman Institute at Woodbury University, California.

Courtesy of the artist and Marian Goodman Gallery, New York and Paris