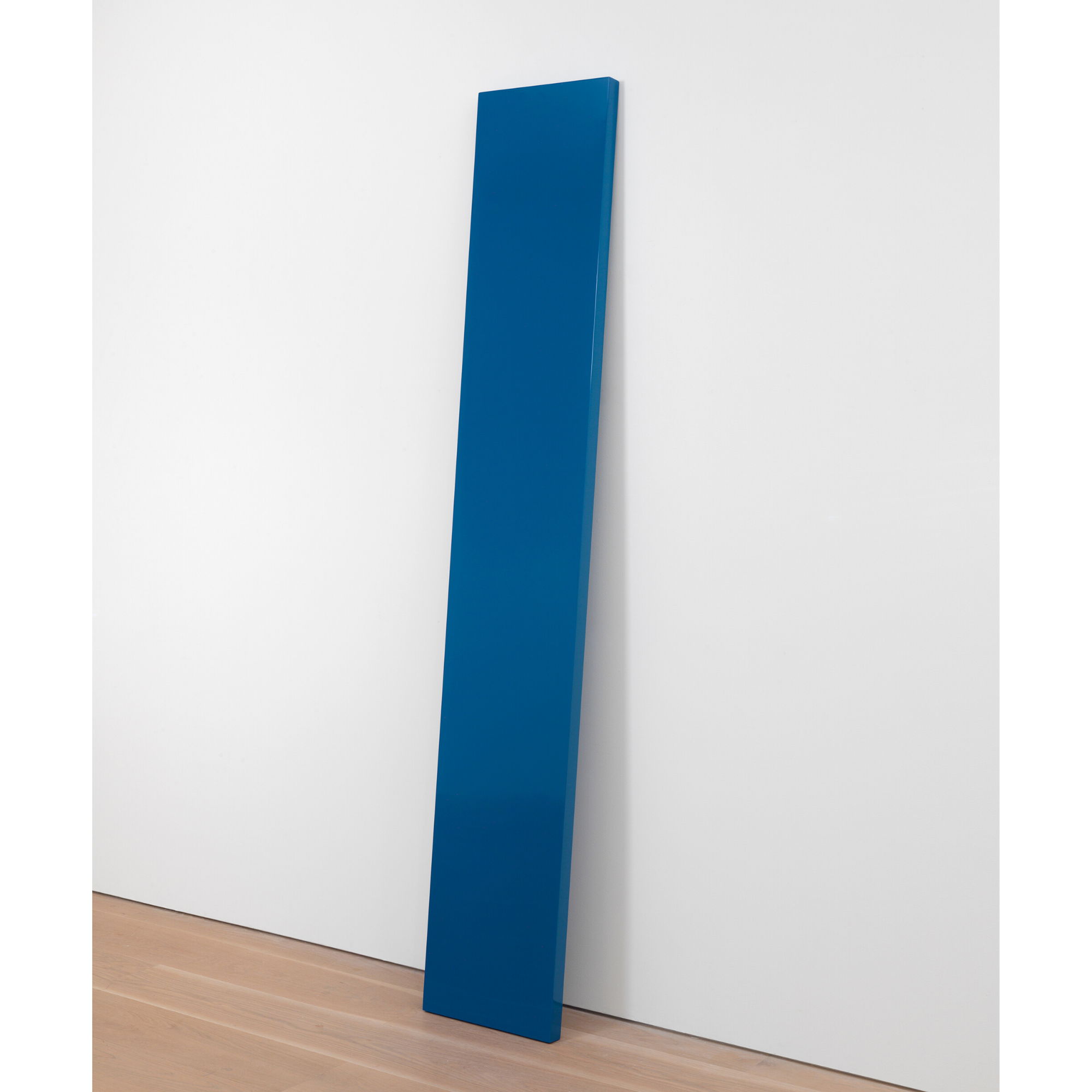 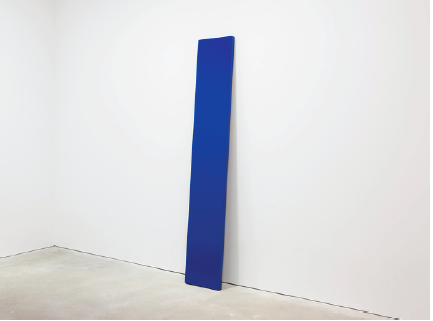 John McCracken (1934-2011) occupies a singular position within the recent history of American art, as his work combines the restrained formal qualities of Minimalist sculpture with a distinctly West Coast sensibility expressed through color, form, and finish....READ MORE

McCracken developed his early sculptural work while studying painting at the California College of Arts and Crafts in Oakland in the late 1950s and early 1960s. While experimenting with increasingly three-dimensional canvases, the artist began to produce objects made with industrial materials, including plywood, sprayed lacquer, and pigmented resin, creating the highly reflective, smooth surfaces for which he has become known.

In 1966, McCracken generated his signature sculptural form: the plank, a narrow, monochromatic, rectangular board format that leans at an angle against the wall (the site of painting) while simultaneously entering into the three-dimensional realm and physical space of the viewer. In the present example, McCracken continued his long-standing investigation of surface and the transcendent potential of minimalist abstraction. Created from plywood coated with fiberglass and layers of pigmented polyester resin, Untitled was meticulously crafted and taken by hand to a high polish. Negotiating the difference between painting and sculpture, the slanted, sharply

geometric shape addresses a primary concern of Minimalism: the desire to break away from medium specificity and reject the two-dimensionality of the picture plane by "releasing" line and form into real space. As the artist notes, "I see the plank as existing between two worlds..., the floor representing the physical world of standing objects, trees, cars, buildings, [and] human bodies, ... and the wall representing the world of the imagination, illusionist painting space, [and] human mental space."(1)

For McCracken, color was an integral element of his practice. As he wrote, "I think of color as being the structural material I use to build the forms I am interested in…I have found that a certain range of mainly primary and secondary colors and a certain combination of color intensity and transparency and surface finish provide me with the expressive means I want."(2) He considered similar or even identical forms executed in

differing hues to be entirely individuated artworks that engage with their surroundings in a distinct way. By grouping such forms—sometimes within larger installations—he was able to explore the effects of repetition and difference, while pursuing properties of "clarity, conciseness, and effectiveness," in his work. As the artist elaborated, "In distilling my ideas I was doing something analogous to making poetry—trying, in a way, to say the most with the least."(3)

©The Estate of John McCracken

Courtesy The Estate of John McCracken and David Zwirner