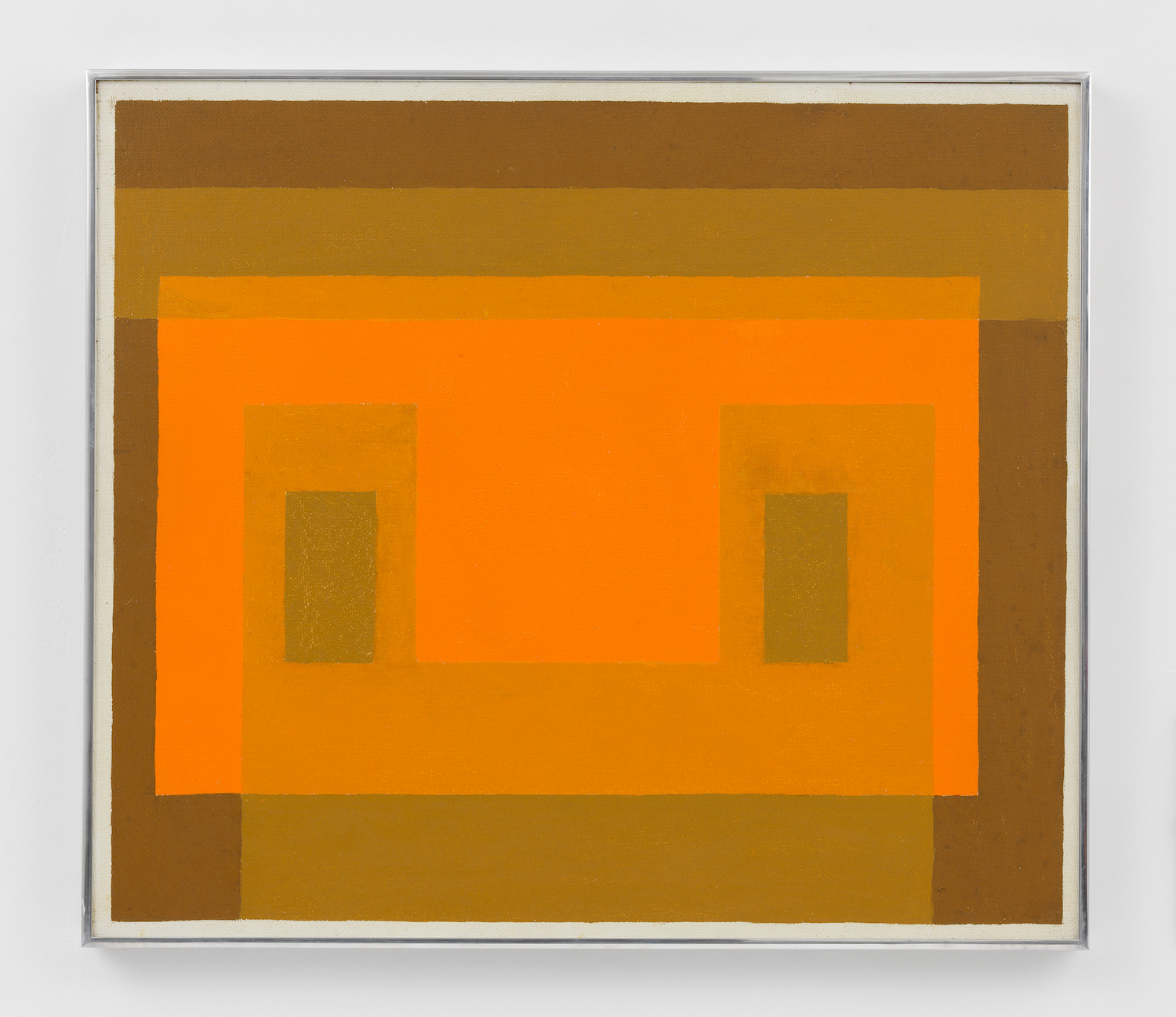 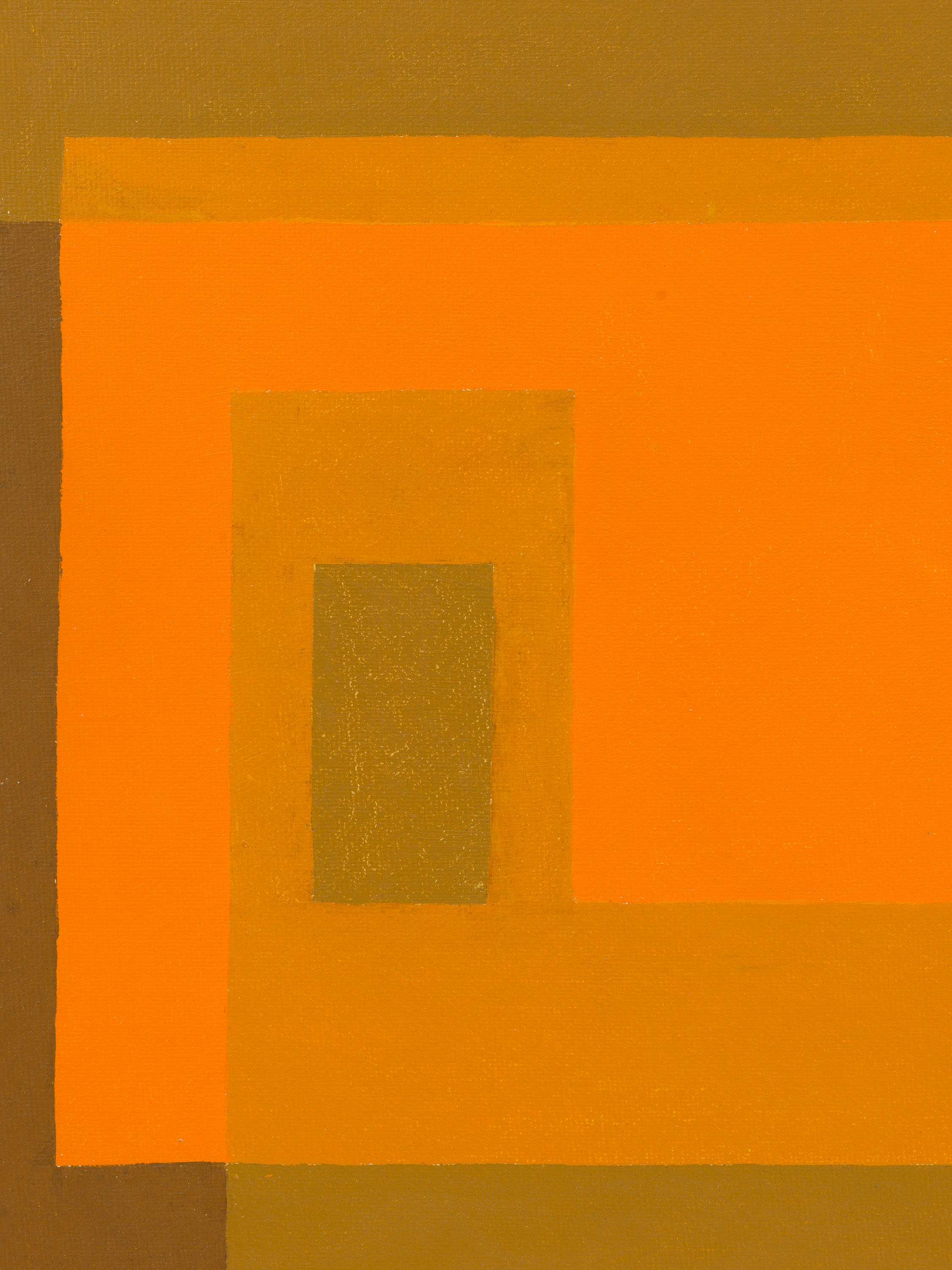 Josef Albers (1888-1976) is considered one of the most influential abstract painters of the twentieth century, as well as an important designer and educator. Albers's artistic career, which bridged European and American Modernism, consisted mainly of a tightly focused investigation into the perceptual properties of color and spatial relationships....READ MORE

The present work belongs to the artist's Variant/Adobe series (Albers alternately used both terms to describe this body of work). Begun in 1947, this series, in its repeated employment of a basic geometric structure rendered in various color schemes, anticipates the chromatic investigations Albers would devote himself to in his important Homage to the Square series, which would preoccupy him from 1950 until his death. While the Homage to the Square paintings exclusively feature nested squares, the design utilized in the Variant/Adobe series is more complex: an abstract architectonic form built around two symmetrical rectangles. The architectural reference is strengthened by one of Albers's two names for the series, Adobe, which may refer to

the "clay house" in La Luz, New Mexico in which he initiated the series.1 This breakthrough occurred during a sabbatical from Black Mountain College in North Carolina, where he and his wife Anni, an important textile artist, both taught between 1933 and 1949. The Alberses spent significant time in Latin and South America between 1934 and 1967, returning most often to Mexico (their ultimate destination during the aforementioned stay in La Luz). The profound influence of Latin American art and culture on the artist's work is reflected in the geometric forms Albers employed in this series, which resemble a schematic rendering of a vernacular southern Mexican dwelling.

This work will be included in the Catalogue Raisonné of the Paintings of Josef Albers, 1914-1976 currently being prepared by the Josef and Anni Albers Foundation and is registered under #1976.1.1079.

Courtesy The Josef and Anni Albers Foundation and David Zwirner