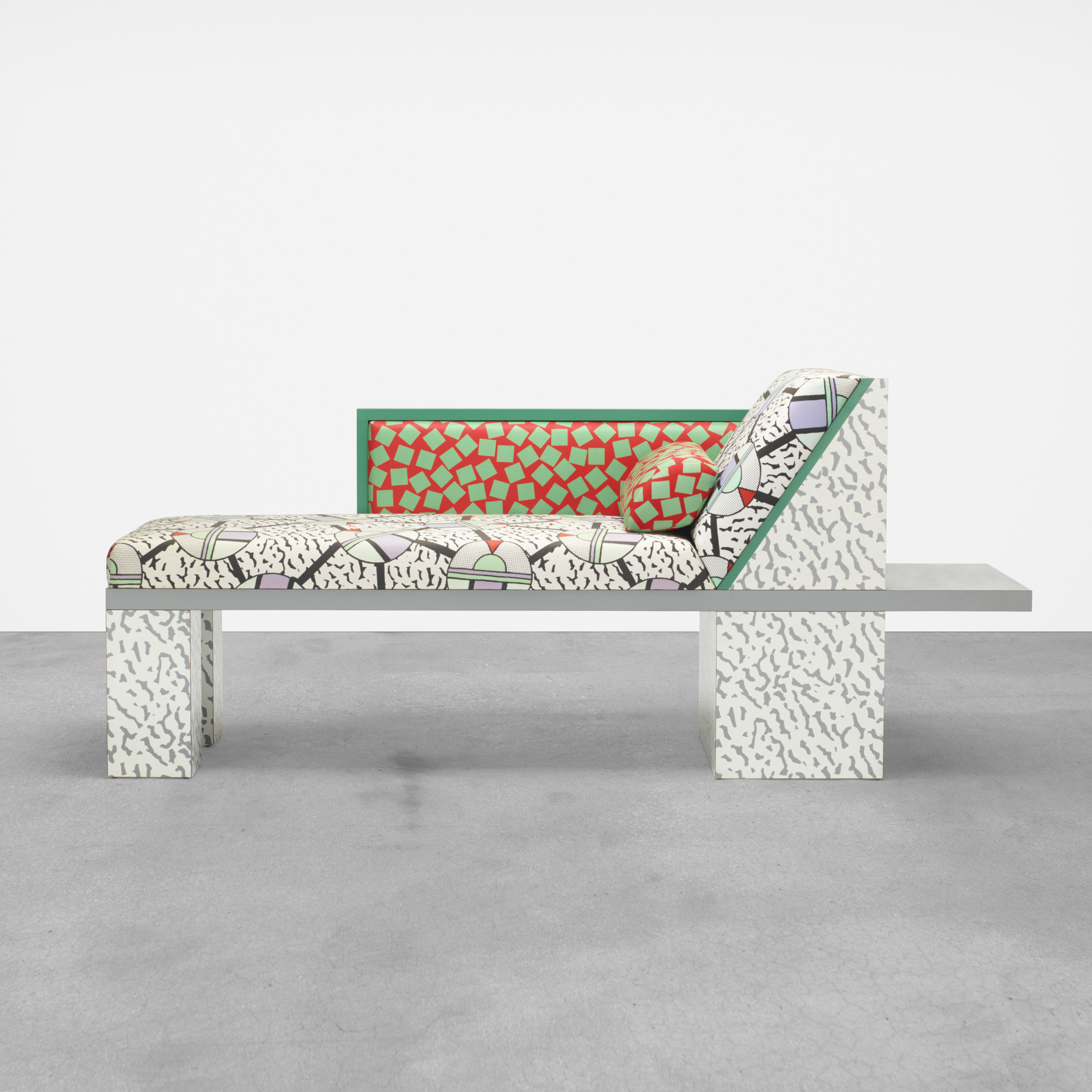 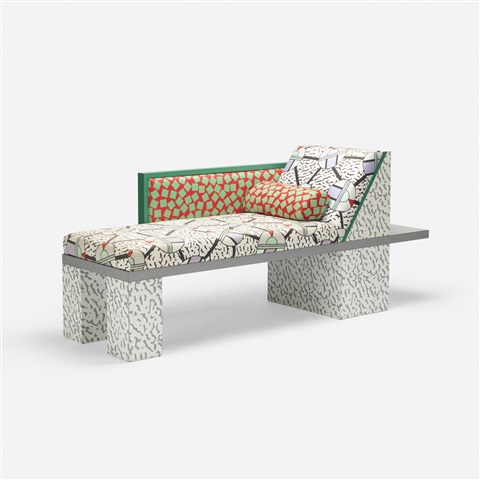 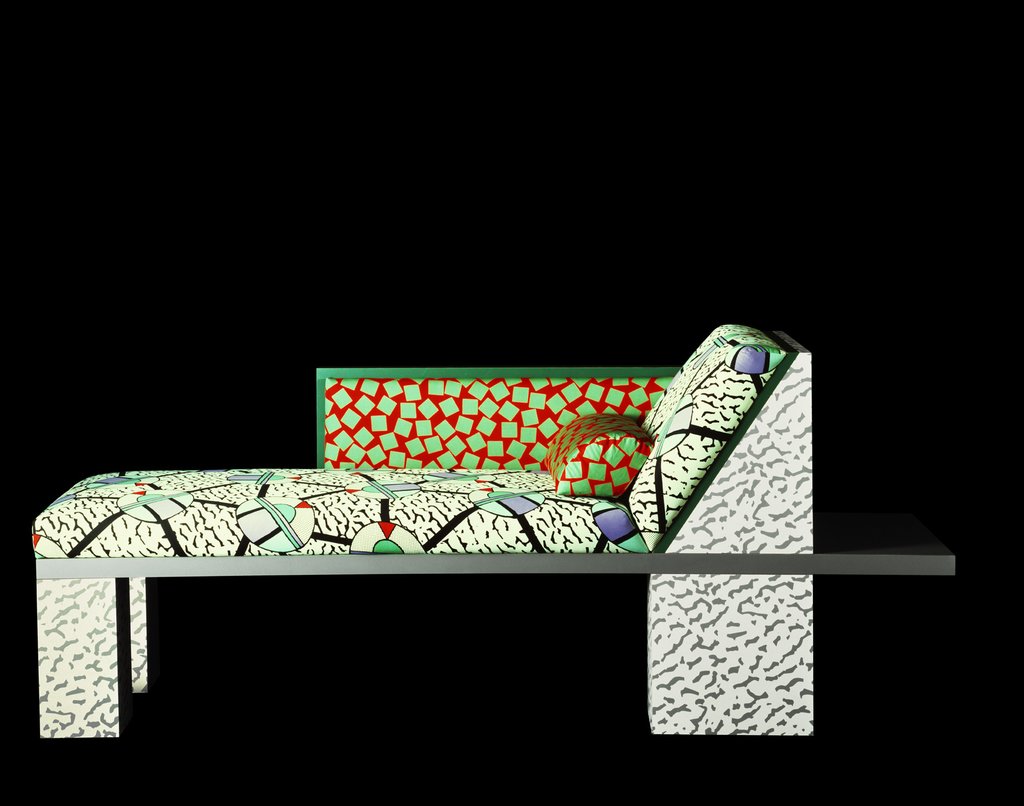 At this juncture during MEMPHIS’s ongoing output since 1981, the gloriously-animated and colorful textiles used in various works were mostly by Nathalie Du Pasquier, a smaller group by George Sowden and Ettore Sottsass. It came into Du Pasquier’s mind that a collage-like melange of several different MEMPHIS fabrics upholstering a huge enveloping chaise longue would be a tour-de-force. In a way, it was a MEMPHIS approach to creating a crazy quilt imagery, a literal sea of patterns and images...READ MORE