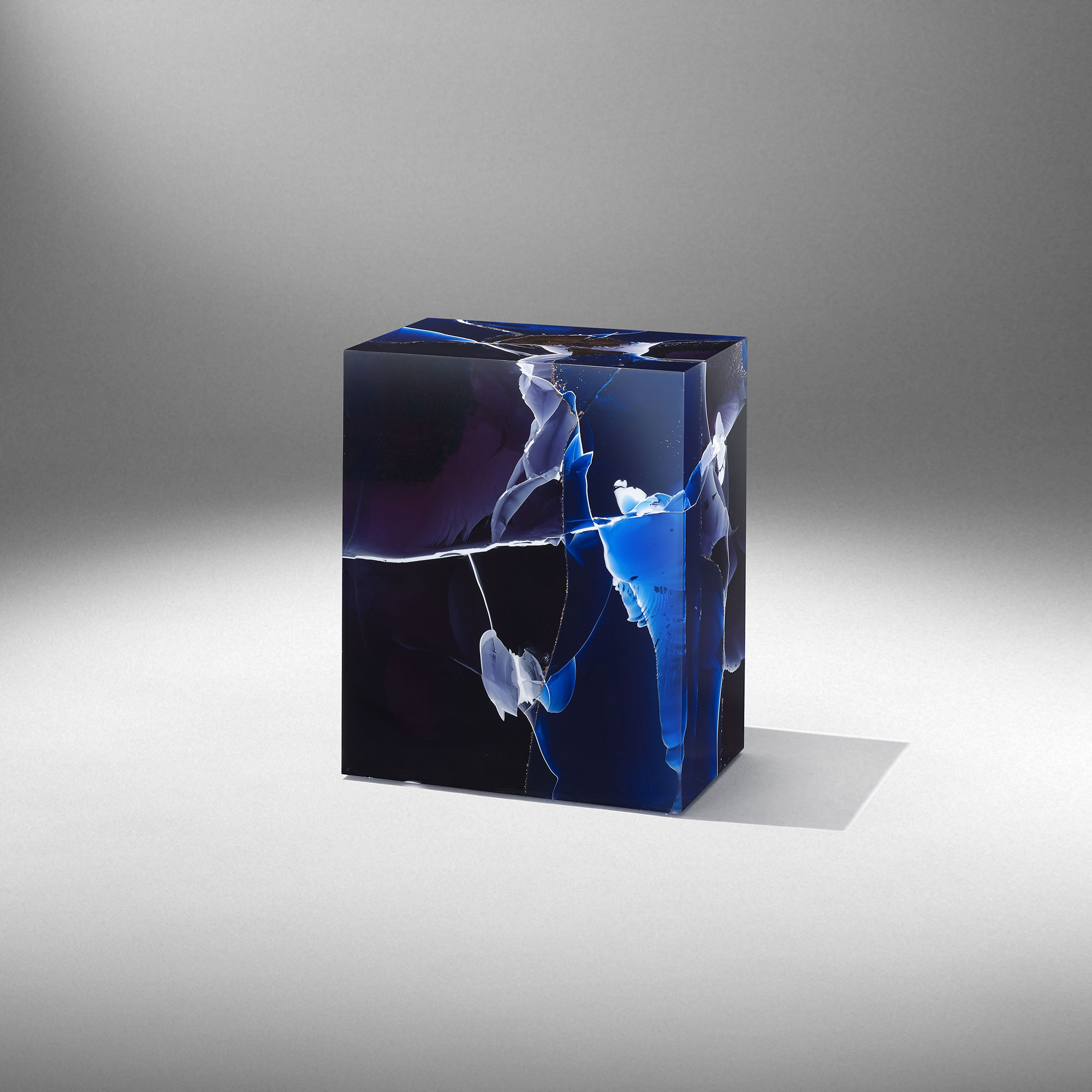 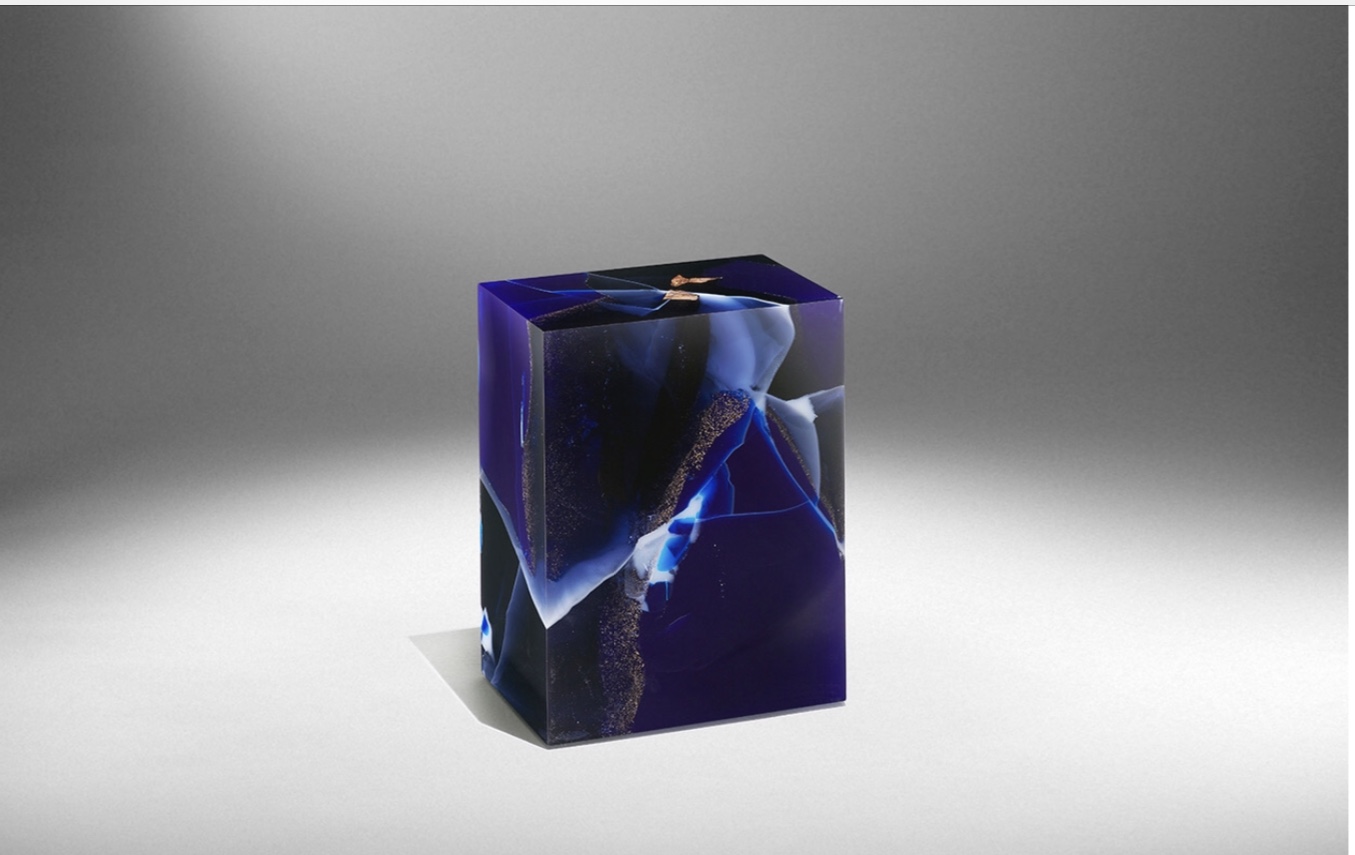 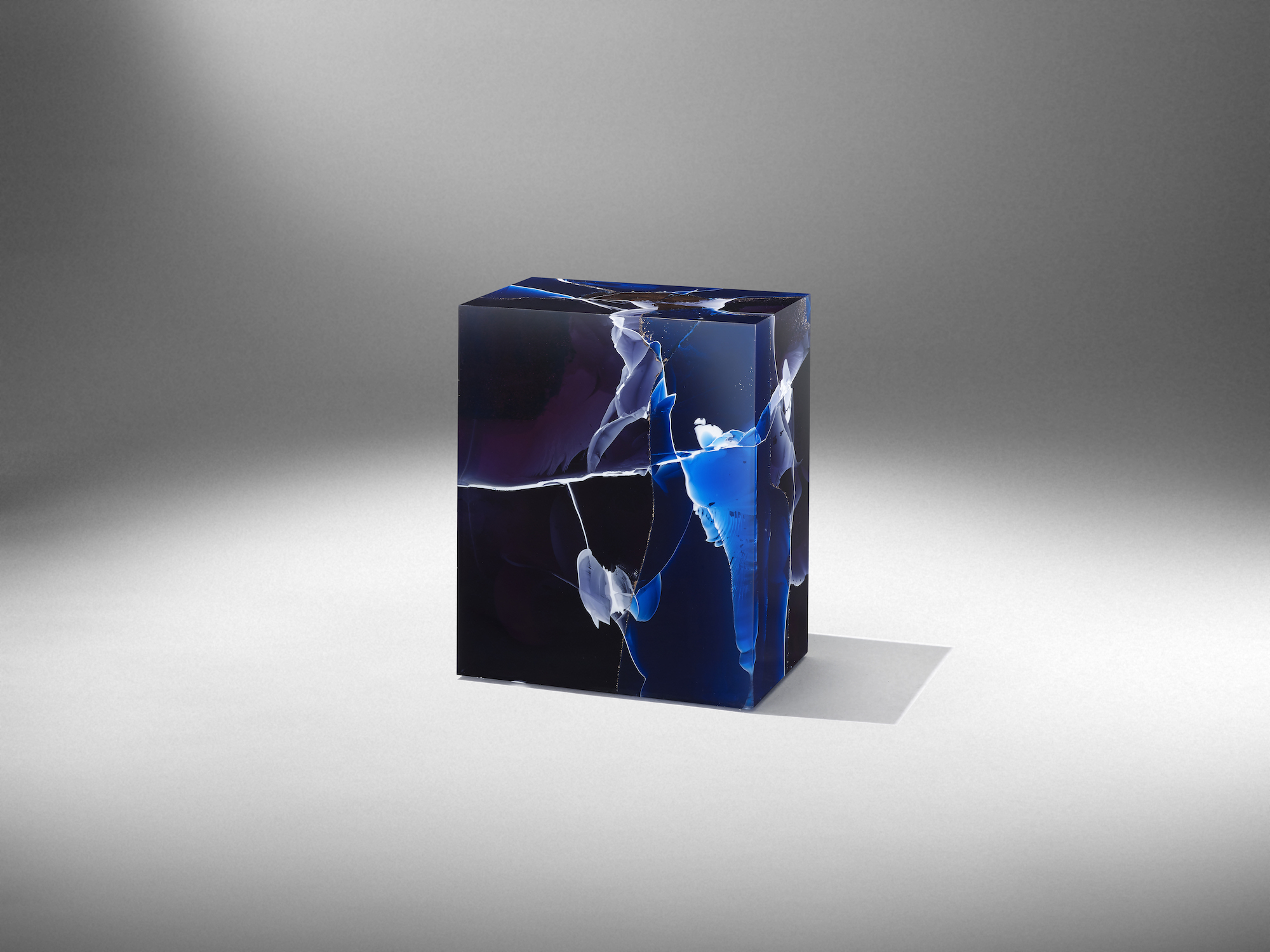 Lapislazuli Stone Fossil is an imaginary stone inspired by the semi-precious gems, copying natural processes to create perception of a real stone. Each work is a single block made of epoxy resin, pigment and an upcycled log from a 200 year old Italian oak tree. The reaction between the resin components creates the cracks, imperfections, bubbles and ruptures as part of Nucleo’s pattern....READ MORE

The stone fossil theme forms an ideal continuation of past projects related to the primitivism and the ancient eras, in which Nucleo pays tribute to the human capacity to evolve and create.

The works are exclusively produced for Ammann //Gallery in a limited series of 8 + 2 AP and form part of important collections worldwide.

One of the jade stone fossils is on view at “Kleureyck - Van Eyck’s Colors in Design“ at the Design Museum Gent until the 21st of February 2021.

Nucleo is a collective of artists and designers directed by Piergiorgio Robino based in Torino, Italy. Active in contemporary art, design and architectural fields.