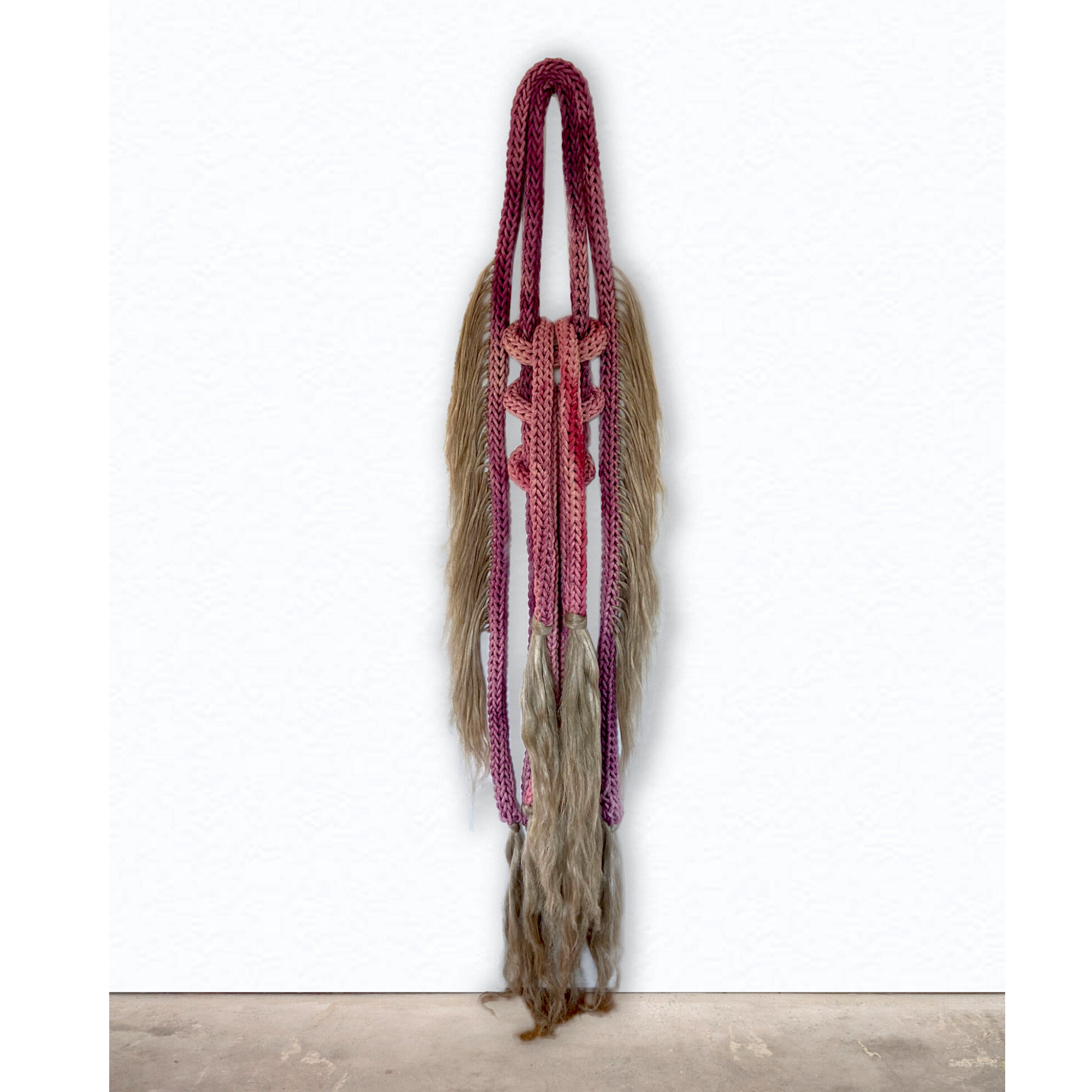 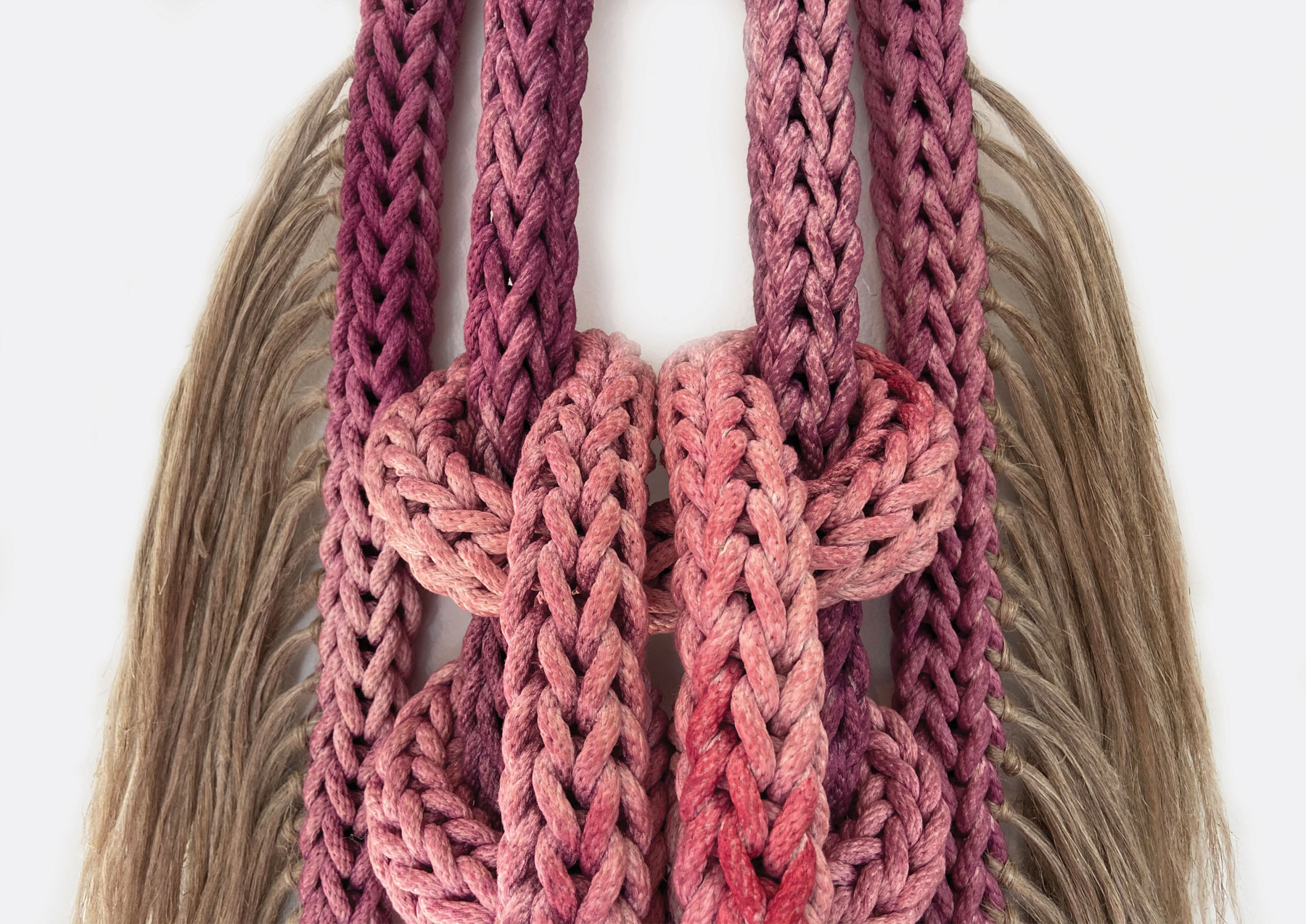 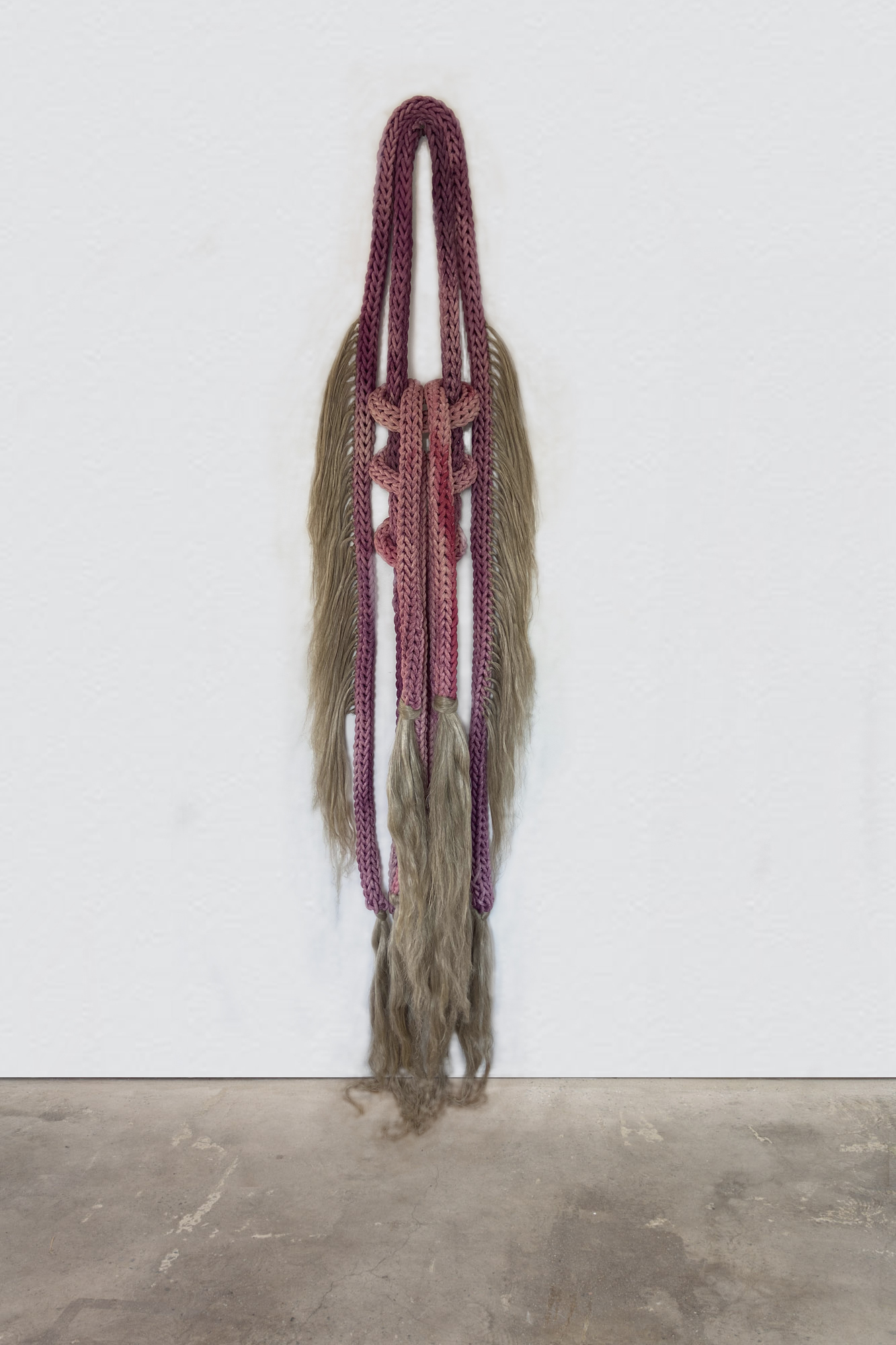 This work was made specifically for this exhibition and comes straight from the artist’s studio. Our curator points to contemporary designers such as Tanya Aguiniga “who are reacting against, or making commentary on, our petrochemical reliance and are instead turning to alternative, natural and pre-industrial sources for their work.”...READ MORE

Tanya Aguiñiga (b. 1978) is a Los Angeles based artist/designer/craftsperson who was raised in Tijuana, Mexico. She holds an MFA in furniture design from Rhode Island School of Design and a BA from San Diego State University. In her formative years she created various collaborative installations with the Border Arts Workshop, an artists' group that engages the languages of activism and community-based public art. Her current work uses craft as a performative medium to generate dialogues about identity, culture and gender while creating community. This approach has helped Museums and non-profits in the United States and Mexico diversify their audiences by connecting marginalized communities through collaboration.

Recent museum exhibitions include Disrupting Craft: Renwick Invitational 2018 at the Smithsonian American Art Museum, Washington D.C. and Craft and Care at the Museum of Arts and Design, New York. Aguiñiga is a United States Artists Target Fellow in the field of Crafts and Traditional Arts, a NALAC and Creative Capital Grant Awardee. She is the inaugural fellow for Americans for the Arts Johnson Fellowship for Artists Transforming Communities. The award supported her creative work in communities throughout 2018 with AMBOS (Art Made Between Opposite Sides), an ongoing series of artist interventions and commuter collaborations that address bi-national transition and identity in the US/Mexico border regions, founded by Aguiniga in 2016. AMBOS seeks to create a greater sense of interconnectedness while simultaneously documenting the US/Mexico border.

Aguiniga has been the subject of numerous articles for American Craft Magazine. She has been featured in PBS's Craft in America Series, as well as in episodes of the Emmy® award-winning arts and cultures series, Artbound, from KCET.  Her work is included in the Los Angeles County Museum of Art (LACMA) Decorative Arts collection and Contemporary Arts collection, as well as in the collection of the Museum of Arts and Design (MAD) in New York, The Museum of Fine Arts in Houston and The Mint Museum in Charlotte.

Courtesy of the artist and Volume Gallery, Chicago